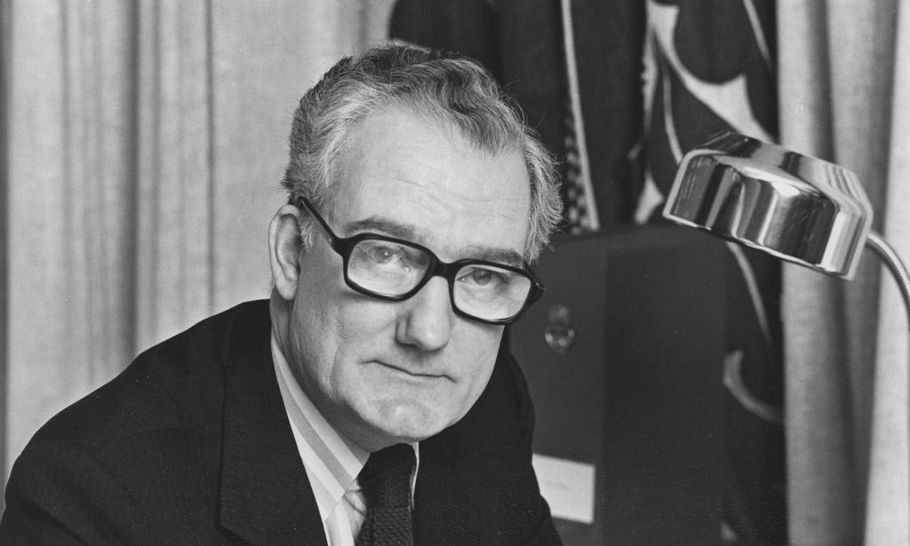 It feels like the end of an era. In February André Previn died. In March, Daniel Johnson revealed in a deeply moving article in Standpoint that his father, Paul, was suffering from Alzheimer’s and vascular dementia. In July, Bryan Magee died. Recently both George Steiner and James Lovelock have celebrated major birthdays, Steiner turning ninety and Lovelock reaching a hundred.

All were well-known figures in the 1960s and 1970s. André Previn became Principal Conductor of the LSO from 1968-79 and became a familiar figure on the BBC, with André Previn’s Music Night and, most famously, The Morecambe and Wise Christmas Show in 1971 and 1972.

Paul Johnson was editor of The New Statesman in the 1960s, turned to the Right in the mid-1970s, and from 1981-2009 wrote a column for The Spectator. For nearly fifty years he has been a prolific and wide-ranging historian, writing his first six history books already in the 1970s, on subjects from ancient history to Elizabeth I.

Bryan Magee published books on Modern British Philosophy and Karl Popper in the early 1970s, but is still best known for his seminal BBC series, Men of Ideas, broadcast in 1978.

Steiner burst upon the scene with his first two books, Tolstoy or Dostoevsky (1959) and The Death of Tragedy (1961), but it was his collection of essays, Language and Silence (1967, published in paperback in 1969) which made his name as a provocative thinker. He helped open British culture to continental thinkers, such as Benjamin and Adorno, and to debates about the cultural impact of the Holocaust.

James Lovelock became a household name with his first book, Gaia: A New Look at Life on Earth in 1979, the first of more than a dozen books published over the past forty years.

What these figures have in common is that they were not only highly talented but also tremendous popularisers. Whether it was classical music or philosophy, literary criticism, history or science, they reached out to a large audience with bestselling books and TV appearances.

They were part of a larger cultural moment when well-known conductors or critics started to appear on television, especially the BBC, or in mainstream weekly magazines like The New Statesman, The Spectator and The Listener. It is no coincidence that Lovelock first wrote about his Gaia hypothesis for a mainstream audience in an article, “The Quest for Gaia” in The New Scientist (1975).

These figures wrote accessibly and reached out for large new audiences. Steiner wasn’t published by a university press until the mid-1970s. His first six books were published by Faber or Penguin. He appeared regularly on TV during the 1970s (when he gave the first Bronowski Lecture, named after another famous populariser), 1980s and 1990s. Johnson wrote more than fifty books, many of them for Weidenfeld & Nicolson. Previn received eleven Academy Award nominations for film soundtracks and recorded dozens of jazz records as well as classical music.

Will we see their like again? We will doubtless hear future generations of scientists and cultural figures on radio programmes like The Life Scientific (where Lovelock appeared in 2012), Start the Week and  Desert Island Discs. On television? Less likely. BBC and Channel 4, once regular homes to a generation of major cultural figures and intellectuals, have dumbed down and will continue to do so in the battle for survival with Netflix, Amazon Prime and other subscription channels. A Guardian article this week, on the rise of homes who subscribe to channels like Netflix, talked about Love Island and Bodyguard, not The Bronowski Lecture or music programmes with Sir Simon Rattle, as the future for the BBC and ITV.

Bryan Magee’s last major TV appearances were in the mid-1980s, with three series of Thinking Aloud (1984-86) and The Great Philosophers (1987). George Steiner’s TV heyday was between his TV adaptation of After Babel (1977) and a number of eloquent appearances on BBC 2’s The Late Show (1991-95). Paul Johnson was a regular on What the Papers Say (ITV), which stopped in 2008. None of these programmes have any obvious successors on British television.

These figures are the last of an admirable generation who brought history, philosophy, literature, classical music and science to a mainstream audience, far beyond the lecture room. It feels like the passing of a golden age.