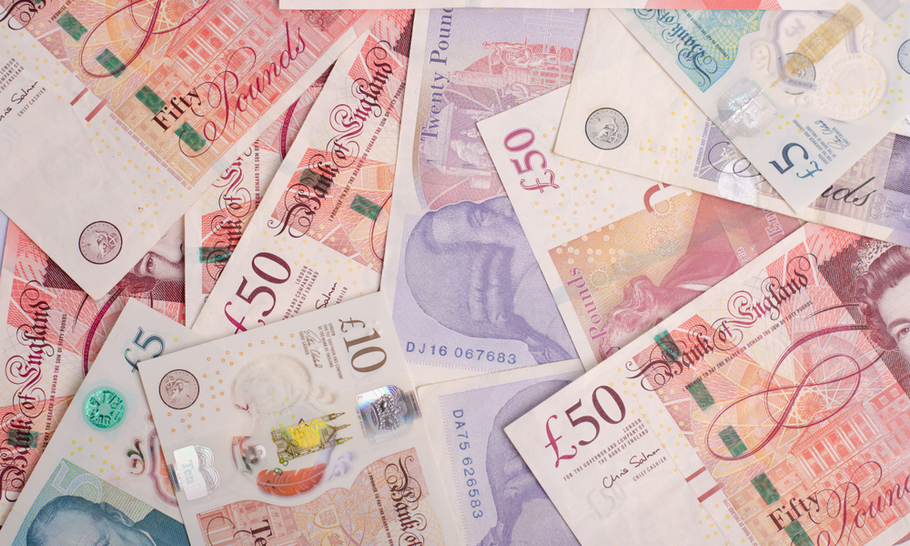 I had a (probably illegal) meeting with my friend the other day, in the course of which we discussed Cockney slang for money (he’s from the East End of London). We agreed that a “pony” is £25; that a “monkey” is £500; a “bullseye” is £50. And other miscellaneous stuff. (If I lend you a “pony” and you give me back a “score”, you still owe me a “Lady Godiva” apparently). It was like a Del Boy Trotter maths test.

This is language that declares a beautiful relationship with money. The vernacular, shaped by local history, makes appropriate distinctions. It treats money with respect. Almost reverence. Money is not simply a number: under this tradition, it has a sort of life of its own. Or if not of its own, then one which demands condign respect. There is affection there, which will be invisible to the impersonal “contactless” transfers which are now becoming normalised.

It’s also a language in jeopardy. The last few months have called into question what money is as we are (to use the SAGE term) “nudged” in the direction of the cashless society, one I’m unaware of having consented to.

The Chancellor stood up last Wednesday to concede a total UK liability of £2.2 trillion, amplified by a “COVID-19 borrowing contingency” (my term) of £407 billion this year. This is a level of debt and borrowing which is only properly understandable from a God’s eye view. It will cascade down the generations and fall into the lap of my 11-year-old child’s grandchildren.

Having suppressed the creative energy of the UK, Mr Sunak will not be able to recuperate this debt through mechanisms of taxation and growth. What’s to tax? The strategy will be to inflate the debt away. This project raises questions of metaphysics and morals: what is money? And what are the ethical implications of deliberate inflation? And I am accusing him of that. To freeze tax thresholds so that the cost of living will wipe out salaries is pretty shabby.

So, what is money? It’s always been with us, in some form. Aquinas thought that money has its own essence because, he argued, everything of substance does. The idea that money is a purely instrumental mechanism of exchange is therefore dangerous. This generated in his writings various cautions about the nature of usury: to use money to generate more money (in the form of interest) is theologically dubious. Money, once spent, is exhausted. In the same way that if you chuck gold in a pond don’t expect to get back more gold when you’ve retrieved it.

But we’ve lost sight of the idea that things have essential value, and money has come to seem little more than a shorthand system of exchange. Which is fine. But what follows is that money has a precarious existence, one that is totally contingent on the faith that we have in it.

In the absence of essence, money has become no more than a convenient fiction. Like the father of a teenage girl whose boyfriend is “helping her with her homework”,  we decide to take a certain view of the situation, one which comforts us. But separated from essence, it’s entirely possible that money will some day cease to have any meaning. That it will die.

I’m disinclined to look into the soul of anybody, but I suspect that Mr Sunak has frozen tax thresholds because he sees inflation as an ally, a means of tax raising by subterfuge. But inflation is an indicator of a lack of confidence in the very concept of money. To weaponise it in service of some desired end is arrogant; and when that end involves a possible confiscation of the life chances and choices of my grandchildren that is possibly evil.

Inflation, like sin, is an inevitable consequence of choices people make. But to strategise it as a policy is wrong. It undermines confidence not just in the money supply of the moment, but in the nature of money itself. This government, via the Ponzi scheme of “quantitative easing” is pumping inflation into the financial structures of the UK. This is a deep subversion of the concept of money itself.

If you put a pound into the hand of a child and tell him to use it to buy a bar of chocolate you inculcate in the mind of that child a sense that money is valuable not simply because it can get you something but that it can, possibly, get you something else. Feeling the pound in the hand gives a sense of money. When we lose sight of its tangibility it just becomes numbers.

At the moment, it’s just numbers. The proper relationship between ourselves and what those numbers mean has become eroded.