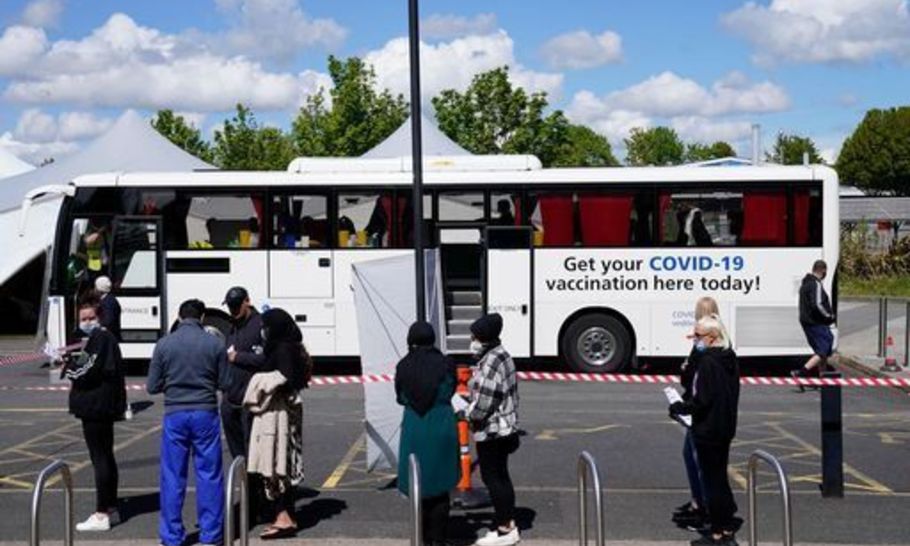 With India’s escalating Covid infection rate making inroads into Britain, the progress of a UK policy mix that worked so well for months is now in jeopardy. In the light of changed circumstances, British policy may need to evolve.

US suggestions to de-restrict vaccine patents show that policymakers there can see vaccination rollouts dictated by national priorities running out of road. In search of an upgrade to policy, the US might look to the track record of policymakers who in the past have come in for criticism for lagging rather than leading: namely, the EU.

Looking at the headline statistics, this seems to have worked well for the US.

The US “America First” policy invokes wartime legislation, the Defense Production Act, prohibiting vaccine exports. This amounts to rationing. While such a ban speeds up vaccine rollout to Americans, this policy slows down rollout everywhere else.

In a market with rationed supplies, the pressure on inoculation campaigns increases with population size. Vaccinating a country the size of Israel is easier than vaccinating India. The EU has a population almost one and a half times larger than the US – 450 million versus 330 million. So US rationing made the uphill struggle for the EU’s vaccination campaign that much steeper.

Yet the US approach would never have worked in the EU, even had it wanted to. In a confederation comprising 27 nations, it would be impractical to keep vaccine delivery inside borders. However, the EU approach has yielded benefits that have eluded the US. EU-based manufacturers from the outset were not compelled to privilege a particular national market. This set them free to upscale production for the demands of many nations rather than one.

Scaling up made for delays, at first. But this has started to pay off since the US policy of harnessing vaccine production to national needs opened up global market opportunities for producers in the EU.

It is moot to do the sums that show under the terms of an analogous “Europe First” policy the EU by now would have surpassed the vaccination success of the US. Jabs rollout has lent itself to metrics that are apt to measure athletic events (How many? How fast? Who is winning? Who is losing?). These metrics fall short of capturing the success rates of rollout policies.

We now know that in a pandemic, Bolton is right next door to Bangalore. The focus on national priorities has blindsided observers to the fact that the virus is not a respecter of borders. The spread of Covid has been global, but containment policies for the most part have been national. The longer the pandemic continues and the wider it reaches, the more parochial this approach will look.

Vaccine exports to countries outside the EU top shipments to countries within. In any country that prioritises rollouts on national lines, such a ratio would be unthinkable. The outreach of the EU’s vaccine rollout has breathed new life into the American motto of Yes, we can. The EU has done well by doing good.