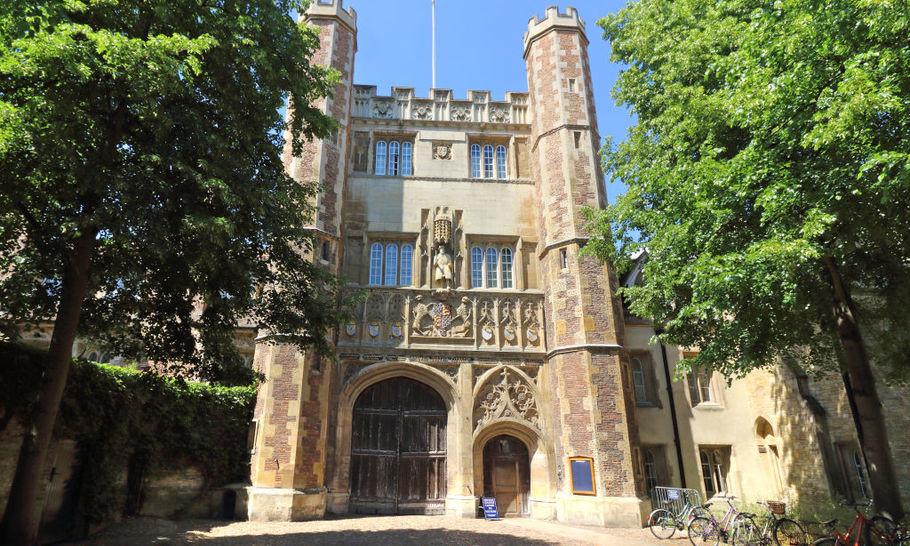 At over 800 years old and with an educational legacy almost unmatched across the globe, Cambridge University has maintained what you might call a “reputation”. This reputation has allowed it to attract high-feepaying students from across the globe as well as acquiring a lavish endowment fund to the tune of nearly £7 billion. To all intents and purposes, Cambridge has been at the heart of British (and western) society for generations, continuing to train the future financial, political and academic elites today.

Surely then, when the woke mob complains about structural racism, institutional bias in public life, a cause so apparently worthy it requires public destruction of historic artifacts, Cambridge would be bang in their cross hairs as a building block of this modern, white supremacist system. So, when brave BAME professor Priyamvada Gopal tweeted the following, “I’ll say it again. White Lives Don’t Matter. As white lives,” before following it up with, “Abolish whiteness,” surely everyone was expecting her to be fired?

In fact, the opposite happened. Despite a large outcry concerning her comments, Cambridge posted a robust defence of their professor, apparently upholding their “free speech” values.

“The University defends the right of its academics to express their own lawful opinions which others might find controversial and deplores in the strongest terms abuse and personal attacks. These attacks are totally unacceptable and must cease.”

This tweet has since been deleted, but its evidence has been archived. If this were not enough, Professor Gopal has subsequently claimed to have received a full professorship from the university, effectively a promotion off the back of this public outcry. For those who have followed the gradual decline in academic freedom within British universities, this achingly hypocritical stance by Cambridge may prove to be the final straw. Cambridge itself has embroiled itself in two previous controversies, one involving rescinding a fellowship to Professor Jordan Peterson after a minor outcry from a small group of students, the other being Noah Carl, a promising young scientist who was dismissed from Cambridge university after 500 “academics” signed a letter demanding it, all because they disapproved of his research into intelligence.

I would venture to say that neither Peterson nor Carl ever stated anything half as controversial as Gopal. To pick out a racial group and claim that their lives “do not matter” is exceptionally inflammatory and would likely be a hate crime in other circumstances. She may defend her words by saying they were misinterpreted, or that her definition of whiteness is a psychological one and not one tied to biology, yet any racialist could make a similar excuse. Why should she receive the benefit of the doubt? The Oxford definition of hate speech is “abusive or threatening speech or writing that expresses prejudice against a particular group, especially on the basis of race, religion or sexual orientation.” Gopal can claim otherwise, but when I apply for a job and am asked to state my race, I am given the option of “white British”. White is a racial marker for a significant group of people, making her comments textbook hate speech.

Strange then, that in a society which supposedly privileges a white patriarchy, in this area at least an Indian woman is clearly being privileged over her white contemporaries. More than that, she is being privileged by the elite structures which she so eloquently would claim hurt people like her. Perhaps this woke ideology needs a bit of a repackaging considering all the holes. To be frank, I don’t want people like Professor Gopal fired. I want a consistent system. Either we ban hate speech across the board, or we allow an open platform for unpopular opinions and controversial points of view. For now, this seems to be another instance of one rule for the woke and another for the rest of us.