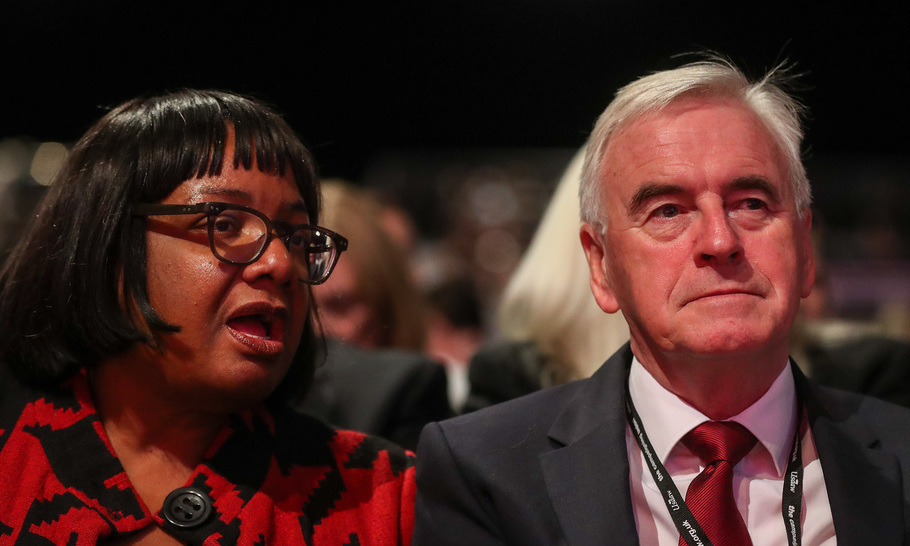 The rise in popularity of far-right political parties across Europe is disturbing, to say the least. It has brought with it a spike in hate crimes towards minorities, the like of which hasn’t been seen in decades. To counteract such hate, we would expect politicians and activists on the left to double down on their liberal principles and spend their energies advocating unity.

Instead, as I discovered when I went along to the international Stand Up To Racism conference, an event attended by Dianne Abbot John McDonnell, among 1,000 others, they are closing down debate, inciting violence and spewing racist rhetoric. My recordings, described below, prove just how lost our left – now high-jacked by the far-left – has become.

First item on the agenda was the rise of the far right, locally to globally. The statistics were correct, the threat is real, and the urgent need to do something about it clear. But it was not long before the delegates resorted to violent language and conspiracy theories.

‘The governments are orchestrating a rise in the far right, they are enabling it for their own ends’; ‘see how their press gives platforms to extremists: Boris Johnson, Tommy Robinson, Anjem Choudhary’; ‘the rise in hate it’s the Tories fault’; ‘The government are all terrorists’; ‘push them out’ and ‘shove them down the gutter’ were calls made from the main stage.

After fuelling us all with some depressing statistics, we were sent to break rooms where different topics were discussed. On the menu was ‘Grenfell, Austerity and the rise of racism’, ‘from Windrush to black lives matter: challenging the hostile environment’ and ‘from hate crimes to prevent: challenging the rise in Islamophobia’

As a former Prevent professional myself, I chose to attend the Prevent session. Here, I was shocked to hear the Home Secretary, Sajid Javid, branded as ‘House Muslim’: ‘We have Sajid Javid – who is, you know, the House Muslim – who just cos he’s supposedly brown… and just because he has a Muslim-sounding name…’

To call someone a house Muslim is to say they do not align with a certain view on Islam, a particularly politicised view, and instead align themselves with the non-Muslims and the government, ie. ‘the house.’ It is clearly racist and derogatory to label someone, in a negative slur, as not ‘one of us’ – and to go as far as to contest their ‘browness’.

Alongside this particular form of racism, anti-establishment and anti-Prevent myths were peddled. If you haven’t heard of it, Prevent is a government strategy which aims to stop young people from becoming radicalised. It does so by offering mentoring and support through a multi-agency safeguarding panel known as Channel to those who are shown to be sympathising with and/or have shown support towards extremist narratives.

At the conference, it was described as a state-endorsed Islamophobic tool used to spy on and criminalise young Muslims for showing religiosity. One of the panelists used a couple of exaggerated cases to scaremonger around the strategy: the supposed criminalising of a child who wrote about ‘eco terrorism’ in school and the life destroying incident of a university student being questioned on his reading choices. More fuel to the hate of the establishment who are apparently conspiring to create more islamophobia and empower the far right.

The panel then opened to questions and responses. Nervously I chose to respond:

‘I am going to put forward a slightly different view so please be kind… I think we can all agree that there has been a horrific rise in hate not just in the UK but in Europe and the States as well. We are all here absolutely agreeing on that, but maybe differing on the strategies/how we do something… We can all agree that cohesion, integration, standing up for individual liberties and mutual respect of different faiths and beliefs, democracy and rule of law are all really important values. Now these are what our government are calling our British Values and I think we can actually agree on that and I don’t understand why we have to divide on that… its division for divisions sake and politics rather than coming together and tackling something that is really needed and really important.’

Next, I responded to the myths they were peddling to fuel their conspiracy against the establishment:

‘I am going to have to bust a few prevent myths so the ‘eco terrorism’ case, he was asked a few questions privately by his teacher, it never became a prevent referral it never went to channel. It was the same with the university case and the university apologised to the student- It never went to the council, the prevent team were never called, it never went to Channel. It is very similar in the way we deal with domestic abuse and sexual abuse in schools in that if there are signs, and its not signs of ‘will’ they become radicalised but signs of becoming radicalised that interventions are put in place… the intervention begins just as a conversation to see if there is a risk before anything is escalated’

When I said that Prevent has actually saved lives I was met with laughter:

‘I actually am a former Prevent practitioner and I have been in involved in stopping whole families going to ISIS (laughter) it is no laughing matter, a young family were going to join the Islamic state and because of prevent intervention they did not.’

‘It is a real risk, the rise of the far right, the killing of MP Jo Cox, the attack on Finsbury Park mosque, 800 citizens going to join the Islamic State this is a terrifying thing we are facing but I think we are attacking Prevent because of politics not because we are actually trying to find a solution here.’

I quickly made my exit to taunts of ‘why are you not staying for the photo?’

Over a 1,000 people, including prominent members of Parliament, turned up in support of this event. It is clear from their violent language they are politically driven to oppose our British values, our strategies to safeguard people and to promote community cohesion.

At the time we need them most, Corbynite leftist activists have turned against peaceful and rational defence of minorities.