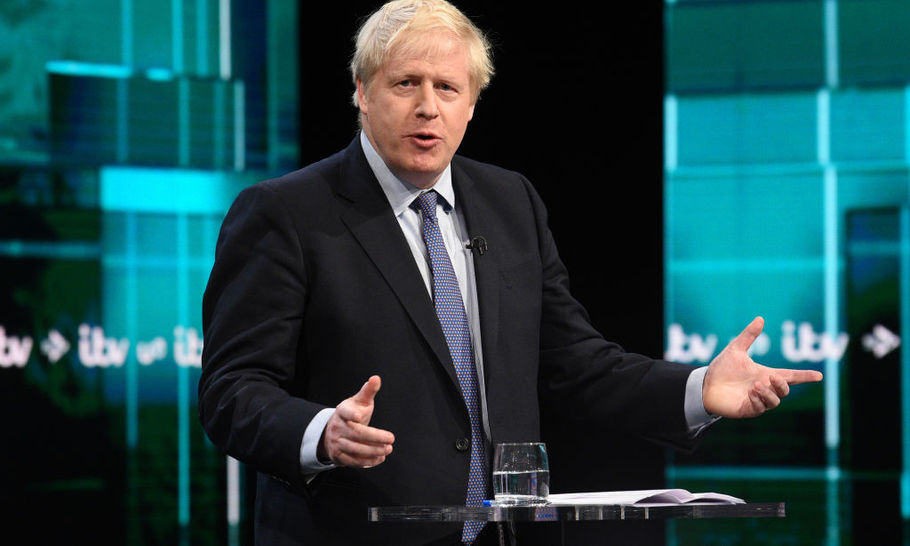 Boris Johnson probably won last night’s TV debate. Not because of any brilliance on his part (it was not an edifying evening’s television for any of the participants) but because he seems to have successfully navigated what might have been a golden opportunity for Jeremy Corbyn to upend his campaign.

There is a very good reason that, historically, front-runners in British politics have avoided taking part in this sort of spectacle — and doubly so when they’re also the incumbent prime minister. As they’re already in front they have little to gain and much to lose by offering their challenger such a spotlight. As head of the government, Johnson also enters the arena burdened with a legacy to defend.

Moreover, TV debates are not really a medium in which Johnson shines. He can be spellbinding when delivering a set-piece speech to a friendly audience, as anyone who’s seen him at conference can attest. But when asked to think on his feet, and without a room to work, he is less self-assured.

He has also, arguably, taken a gamble on the format. A seven-way brawl featuring the minor parties would doubtless not have been a dignified spectacle, but it might have allowed Johnson to invite a contrast between his own offer and the alternative, an alliance between Labour and various nationalist parties.

Instead, he agreed to a setup that gives the spotlight to Corbyn. This plays into Tory efforts to frame the election as a choice of prime minister, but it also risks making the Labour leader look more plausible in the process.

Corbyn seemed to understand the opportunity the debates presented, and he tried to pivot the debate onto social care, the NHS, and other domestic issues, which he hopes might trip up the Conservative campaign. But he failed to break through, penned in by Johnson’s rigid “Get Brexit Done” mantra and ITV’s decision to focus the first part of the debate on the EU.

On that basis, then, Johnson was the winner. This is based not on any inside-baseball analysis of the debate itself, which would be largely pointless, but simply on the fact that Labour needed to change the course of the campaign last night. The gap in the polls is wide and they need to close it. They don’t appear to have done so.

But this won’t be the only debate of the campaign. The key question therefore is whether prime minister can repeat last night’s performance when he confronts Corbyn again. As he returns to the campaign trail, a few factors should encourage him to put more time into his debate prep.

First, Johnson was at his strongest when hammering his Labour counterpart on Brexit, and he profited from a setup which allowed him to do so at length. Producers at the BBC and Sky may not be as generous as ITV when it comes to allocating debate time to Brexit. They may also adjust their formats to give more space for in-depth interrogation. Constantly pivoting to “Get Brexit Done” may be less effective in such circumstances.

Second, he needs to ensure that the Conservative manifesto gives him solid offers on the domestic policies that Labour might seek to exploit. The prime minister did a good job fending off Corbyn’s jabs on the NHS last night, and his reply on social care suggests that CCHQ has thoroughly internalised the folly of asking the party’s core voters to sell their homes. But a strong line on housing — definitely the dog that hasn’t barked in this election so far — is also essential.

Finally, to borrow a phrase from stock trading, past performance is no guarantee of future success. One doesn’t need to look far in the short history of British televised debates to find a huge performance swing between two debates – see Alistair Darling and Alex Salmond’s clashes during the 2014 Scottish referendum, for example. The Labour leader only needs to win one debate to derail the Conservative campaign.

Those of us who think that British politics would be better off without televised election debates won’t have had our minds changed last night. As a form of scrutiny, it is no more effective than Prime Minister’s questions.

But when you’re ahead, a score draw is a win. If Johnson can ensure that the remaining debates have as little impact as last night’s appears to have had, then in the only sense that really matters he’ll have won the lot.