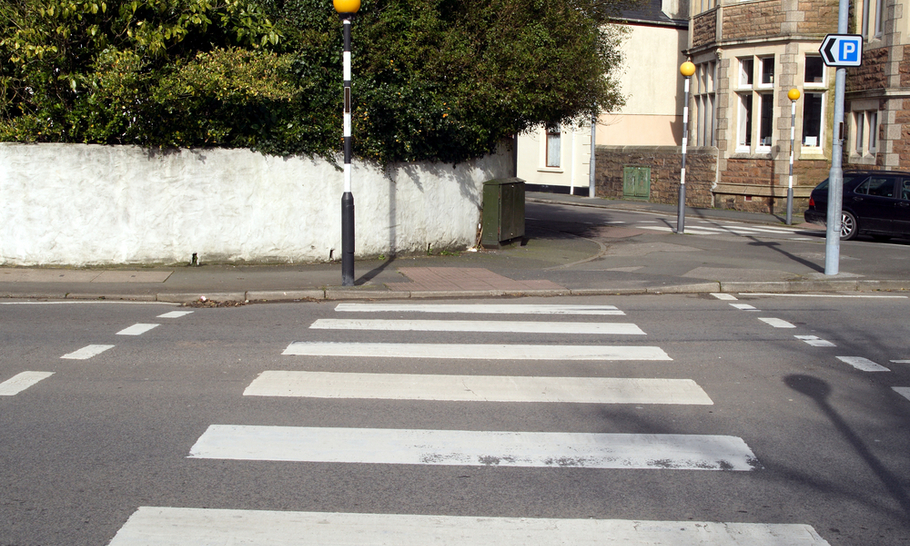 My life as a pedestrian in London may be measured out in zebra crossings, and I reckon I have walked across about 100,000 of them. And the experience has changed.

Until about ten years ago, I just went along with Regulation 25 of the Zebra, Pelican and Puffin Pedestrian Crossings Regulations and General Directions (1997).

For those readers who haven’t memorised it, Regulation 25 states: “Every pedestrian, if he is on the carriageway within the limits of a Zebra crossing, which is not for the time being controlled by a constable in uniform or traffic warden, before any part of a vehicle has entered those limits, shall have precedence within those limits over that vehicle and the driver of the vehicle shall accord such precedence to any such pedestrian.”

Leaving aside that worryingly outdated “he”, Regulation 25 is clear that as a pedestrian, I have right of way. Once my foot or, to be more strictly accurate, my dog’s front paws have made contact with the zebra crossing, the driver of an oncoming vehicle is supposed to stop. He or she doesn’t have a choice about this. I have precedence.

All my life, this has been the only pedestrian power I possess. As long as I don’t leap out in front of anything travelling at an alarming speed — I’m not stupid — the drivers stop to let me cross at the zebra. They are doing so not because they are lovely, kind people, but because they jolly well have to comply with the law.

So why is it that suddenly, some years ago, I found that drivers were looking at me with enraged expressions, shaking their heads in disapproval and wagging their fingers in exaggerated “tut tut” gestures?

I realised this only because it is a natural instinct to look quickly in the direction of the hunk of lethal metal which has paused on its journey for your benefit. Even when you know it’s stopped, you cannot help but glance round to check. We commoners do not have the supreme confidence ascribed by Nancy Mitford to Queen Victoria taking her seat at the opera and showing up the lovely Empress Eugenie instantly as a parvenu. The Empress, “with a graceful movement, looked round at her chair, but Queen Victoria dumped straight down, thus proving unmistakably that she was of Royal birth and upbringing”.

So I started noticing the angry drivers. At first I took no notice, but one day a driver actually rolled down the window to bark, “You should at least say thank you!”

No, I should not. Let’s get this straight, drivers of the UK. Whatever happens at other crossings or in other countries, you are not doing me a favour by stopping to let me cross at a zebra crossing. You are not being big-hearted just because I have a cute dog. If you don’t screech to a halt after I have put a foot on the stripy bit, you are breaking the law. Got that?

This is very different from the kind of mutually-agreed courtesy signal which drivers exchange when, for example, I’m driving down a residential street and stop at a space to allow an oncoming driver to pass more easily. It’s always nice when the second driver raises a hand in salute. We are linked by that special common bond of sheer fat-arsed laziness only car drivers know. It’s accepted that another time, the other guy might have stopped for me, but this time I stopped for him, and he raises a hand in thanks. If he doesn’t raise a hand, he reveals himself as an evil toad who probably bullies nurses and parliamentary clerks.

Likewise, if I cross the road anywhere other than a pedestrian crossing, I’m depending on the courtesy of oncoming drivers and I might acknowledge them with a cheery wave. But on a zebra crossing, I’m in charge.

Except suddenly, silently, without any change in the law, I’m not in charge any more. Where once I knew for certain I had the right to cross, now I’m not sure everyone realises this. I am anxious. I have to watch the driver’s faces more carefully. Some drivers see me starting to cross and actually put their foot down to drive over the crossing before having to suffer the inconvenience of allowing me to cross. They are clearly under the impression that it’s up to me to watch them, not the other way around.

And more and more, I acquiesce. I don’t want to be thought rude, so I raise my hand in a half-wave, with a sheepish grin thrown in if it isn’t raining, at any driver who stops for me. But by doing so, I am making things worse. I am compounding this outrageous misunderstanding, which stands alongside the equally massive misunderstanding that it’s OK to toot your horn to make the driver in front of you hurry up, or to indicate that you don’t like traffic jams.

So I’m thinking of printing out Regulation 25 on slips of paper and, if I see any driver displaying that self-righteous umbrage which rude people so often show when they think they’ve caught another person out being rude, I’ll walk over with it in my hand and offer it to them to read. Wish me luck.