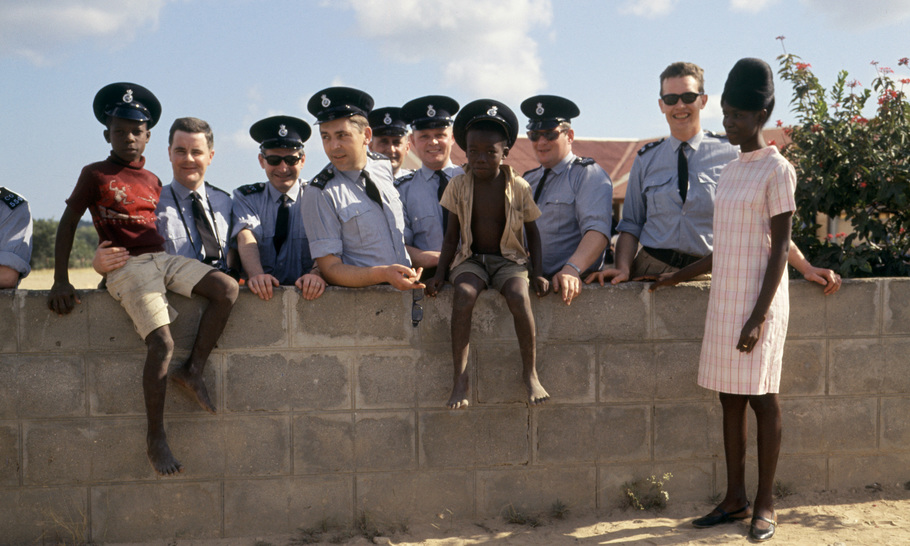 Fifty-two years ago, in May 1969, Britain embarked on the most farcical international adventure in our country’s long history. With no clear goal, we attempted to invade — liberate if you prefer — a former British colony: the tiny — 16 by 1.5 miles — Caribbean island of Anguilla. Population at the time, under 15,000. We failed. Sort of. Without a clear goal you simply can’t be sure.

It is a tale which only Evelyn Waugh could have created. It outshines even Peter Sellar’s glorious comedy The Mouse that Roared. That, you may remember, told of the tiny bankrupt European nation which deliberately provoked an American invasion  — in the post-World War Two belief that, having conquered the place, America would flood it with Marshall Aid-type money to rebuild itself.

And Anguilla had echoes of the much larger, though equally farcical, CIA-sponsored Bay of Pigs invasion of Cuba in 1961. The CIA plan, which John F Kennedy inherited from the Nixon Administration, was to recruit, train, arm and discreetly (but massively) support a force of anti-Communist Cuban refugees, beefed up with CIA mercenaries. They would come ashore at the Bay of Pigs. Then US Marines would intervene to avert civil war. The plan was half-cocked from the beginning. JFK made it worse. He thought the idea dangerous nonsense but, as a new President, he did not dare to cancel it. Instead, he forced the CIA to scale down American support for the invasion to the point at which it was bound to fail. As it did. Shamefully, many hundreds of anti-Castro rebels were abandoned by America and left to die fighting. Thousands more were held hostage or murdered by Castro.

So it was that the phrase “Bay of Pigs” became shorthand for American shame and embarrassment. No wonder that, six years later, when the news of our mini-fiasco reached the court of President Eisenhower, aides labelled the affair the “Bay of Piglets”. They could point out that their closest ally had made an even more pathetic mini-cockup than the mighty USA had done.

This then is the story of Britain’s Bay of Piglets. As part of the end of empire, we forced three unwilling British colonies — the Caribbean islands Anguilla, Nevis and St Kitts — into an unwelcome federation which was then given its independence under the St Kitts-based Prime Minister Robert Bradshaw. Anguilla soon fell out with its big brother. The handful of federal officials on Anguilla were kicked out and sent back to St Kitts. Mr Bradshaw sent a powerful force from St Kitts — well, twelve policemen actually — to restore federal sovereignty. Their attack was repulsed.

At this stage the British Foreign Office woke up. Reports were received from Anguilla that a Mafia boss had arrived on the breakaway island. They even had his name. The chap had indeed turned up. But it turned out later that he was an innocent university lecturer — the unfortunate but unrelated namesake of a genuine Mafia godfather. The Foreign Office feared that Anguilla was about to become a Mafia base and, even worse, was drifting away from Britain’s sphere of influence into America’s. So William Whitlock, a Foreign Office minister of state in Harold Wilson’s Labour Government, was send out eventually to mediate between Anguilla and St Kitts.

Mr Whitlock was met by the (unrecognised) Anguillan leader, a certain Ronald Webster, who, following his own version of diplomatic protocol, was waiting at midday on the runway, in full evening dress. Initially matey enough, he turned nasty when some junior members of Whitlock’s staff started handing out propaganda leaflets without Webster’s permission. The reception was further marred because — don’t ask why — the Foreign Office staffers decided that his bizarre dress code indicated that Webster was a Black Power fanatic. (It would perhaps have made more sense to suggest that he was dressed in the uniform of a leader of one of the many Caribbean voodoo sects.) Relations soured and that night a shot was fired at the house in which Whitlock was staying. He beat a hasty retreat from the island.

Back in London a meeting of the inner Cabinet was called. The Foreign Secretary, Michael Stewart, informed its amazed members that an island of which few of them had even heard, and which was no longer a British colony, was in danger of falling into the hands of the Mafia. Something must be done. The legitimate head of the Federation, one Mr Bradshaw, could be persuaded to seek British intervention. The inner Cabinet agreed. Three hundred paratroopers were sent forthwith, and landed without trouble. In the Commons, Stewart told an uneasy House that “Mafia types”, rather than members of the Mafia had been seen on the island. Murders had been committed. There were arms dumps just waiting to be discovered.

On Anguilla, paras and locals fraternised shamelessly. Eventually the paras were replaced by a detachment of 22 City of London policemen, who were also welcomed, as were some Royal Engineers who started to build a much-needed road. A Baptist minister, somehow labelled a Mafia suspect, was expelled. No arms dumps were found. No Mafia plotters. And the one murder under investigation turned out to be a crime of passion, not a political killing. No attempt was made by the British to return governance of the island to St Kitts.

Fast forward a couple of years. A referendum on the island backed calls for a return to its former status as a British colony. Britain obliged. But the politically correct UN committee on decolonisation flexed its puny muscles. So Anguilla became instead “an internally self-governing overseas possession of the United Kingdom”. And there matters rest to this day. That’s showbiz.