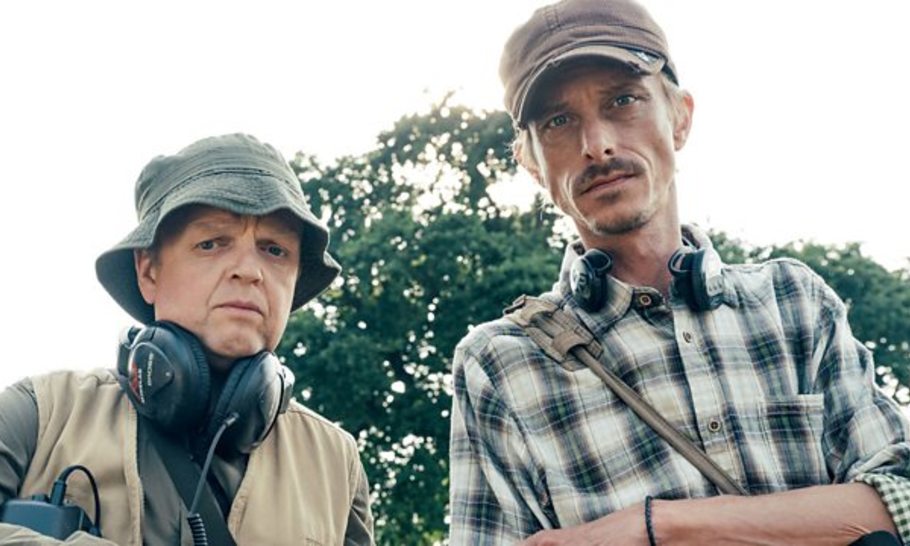 Detectorists, written and directed by Mackenzie Crook (Gareth in The Office and Ragetti with the false eye in The Pirates of the Caribbean films), has been one of the joys of BBC drama over the past decade.

The award-winning series is set in a small fictional town in Essex and ran for three series from 2014 to 2017, including a 2015 Christmas special. There was a further Christmas special on Boxing Day last month. All episodes are still available on BBC iPlayer.

It follows the live and loves of a group of mostly male members of the Danebury Metal Detecting Club (DMDC), an unlikely subject for a hugely popular comedy series. So why has it been such a success? First, many of the best comedy series have always found a way of bringing together an unlikely group of characters, from Dad’s Army to Fat Friends. In the case of Detectorists (not THE Detectorists), it’s a passion for looking for buried objects with metal detectors. They always hope it might be Roman gold coins, but more often it’s a 1980s ring pull or a Status Quo badge. Some are nerds and painfully shy, others seem dull but have a deeply moving inner life.

The cast is superb, from the two central characters, Lance (played by Toby Jones) and Andy (Mackenzie Crook), to Andy’s wife (Rachel Stirling) and her mother (played by Stirling’s real-life mother, the late Diana Rigg), Sophie Thompson and Simon Farnaby (who co-wrote Paddington 2). They move effortlessly from comedy to pathos. For most of the first two series, Sheila (married to Terry, president of the DMDC and played by Sophie Thompson) seems an uninteresting character, the butt of a long-running gag about her terrible home-made lemonade, with a terrible high-pitched giggle. Then comes a short scene when Lance confides in her about his dread of losing his long-lost daughter, Kate, with whom he’s only just been reunited, and Sheila hints at her own terrible experiences of loss. (A miscarriage? Being unable to have children?) Suddenly her whole character, and her marriage to Terry, are completely transformed. This is TV drama writing and acting of the highest order.

Above all, Detectorists is about two unfashionable subjects: Englishness and masculinity. It is set in a small rural town, with a beautiful pastoral soundtrack by Johnny Flynn. The drama captures the ordinariness of English country life: part suburban, part rural, a sort of imaginary borderland between the modern world of Little Chef and Screwfix on the one hand, and a mythological Ancient England, with its roots in Roman and medieval history on the other, embodied in the lost coins and objects the detectorists look for. Part Tesco’s, part Penda’s Fen, full of telling references to Dickens and medieval kings.

Then there is the perfectly observed pathos of the masculinity of characters like Lance and Andy, obsessed with TV shows like Mastermind and looking for long-lost treasure, geeks with their latest metal detectors, but trying to make relationships with women work, whether it is Andy’s long-suffering wife, Becky, or Lance’s daughter, Kate. Again, it’s all perfectly observed. There is Lance’s ghastly car (a TR7, “Aztec yellow”, and there’s a photo of it on the wall next to one of an old silver coin), his cheese on toast meals, the tell-tale 1970s poster of the girl tennis player with her naked behind. Or there’s Andy’s inability to live the adventurous, exciting life Becky longs for, perfectly caught by a scene in a local restaurant when she orders a double scotch (‘no ice’) and he asks for ‘a decaffeinated coffee, quite weak, plenty of milk but cold so it’s not too hot, tepid…’ The way Andy lingers mournfully over the word ‘tepid,’ and the reaction shot of Becky, is almost an epitaph for their relationship. The women in Detectorists are full of life, longing for adventure. The men think they are full of life (terrible sports cars, the latest metal detectors) but are actually afraid of women, frightened of life, only safe with gadgets and their strange obsession with hunting for lost treasure. Perhaps it is the women who are the real lost treasure?

Best of all, Crook’s screenplay is so understated. It would have been easy to play everything for gags, to make the characters one-dimensional. But it’s the restraint that is so beautiful, the heart-breaking moments when Lance leaves yet another answerphone message for his long-lost daughter, or reveals the birthday and Christmas presents he has been keeping for her for all these years in the hope that one day they might be reunited. Of course, he’s obsessive, a little spectrumy, and there’s the awful photo of Linda Lusardi in his flat. But he’s also loyal to the equally hopeless Andy, longing to build bridges with his long-lost daughter, aching for female company but too seasick to go and stay with Toni, the mechanic from work, on her barge. What do these men long for and what do they fear might happen if they find it?

Some of the men are just plain eccentric (the landowner), others are seedy (the town mayor) and then there are the mock-villains: a young German looking for traces of his grandfather and, best of all, “Simon and Garfunkel”, the rival detectorists. But the best characters, male and female, are human, all too human, like all the greatest characters in British TV comedy, from Alf Garnett and young Steptoe to Kath in After Life. They long for another life but are  frightened of actually  finding it.