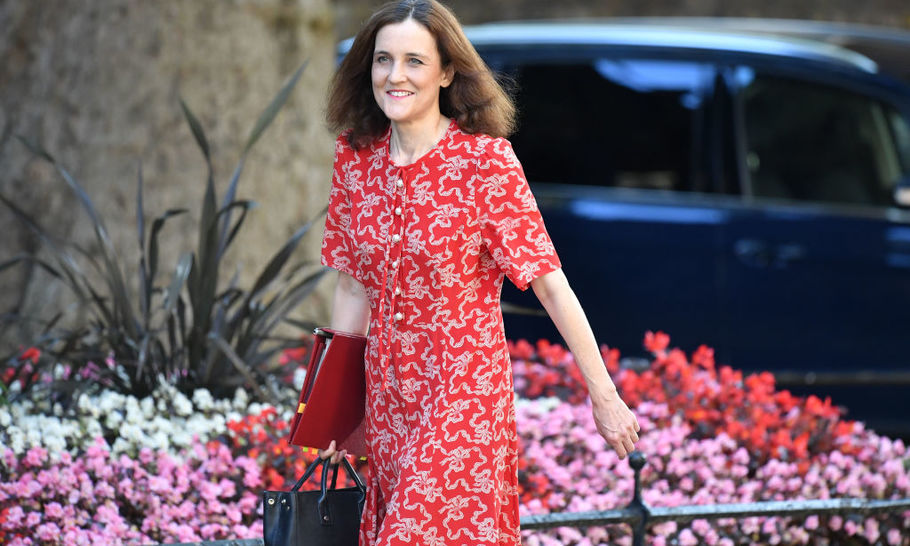 A ship carrying 70,000 live sheep is shortly to leave Romania for a hideous nine day journey to the Middle East – illegally under EU law. Temperatures are predicted to rise far above the maximum for such transports to be legally permitted, on animal welfare grounds. Despite vocal opposition from the EU’s Commissioner for Health and Food Safety, the Romanian Government is going ahead with the shipment because they know the EU won’t really do anything about it.

If previous similar shipments are anything to go by, inside the ship, the heat may be enough to literally cook the animals alive, melting the fat in their bodies as they gasp for air. Those who aren’t cooked alive may drown in the sea of excrement. Any who survive this hellish journey will be ceremonially slaughtered in a “Festival of Sacrifice” in ways which the EU does not (officially) allow on its own territory.

One of the few voices in Parliament to take the trouble to object to this filthy trade is that of Theresa Villiers.

The new Secretary of State for the Environment has been greeted with a predictable chorus of hatred and contempt from the Left. She’s voted against regulations on fracking, in favour of culling badgers and in favour of fox hunting. She’s keen on reducing plastic waste, but with the emphasis on picking up litter rather than on stopping it ending up in the oceans.

But none of the hatred seems to notice that she is one of a small band of MPs from all parties who have consistently campaigned against the export of live animals from the UK for fattening and slaughter. She’s passionate about this cause and tried, unsuccessfully, to have May’s Withdrawal Agreement include a ban on live exports post-Brexit in a Private Members’ Bill in 2017 supported by a cross-party group.

She also supports the banning of all cages for farm animals and wants incentives for farmers move towards free-range systems. In this she is in line with Carrie Symonds (who we are to assume is still the Prime Minister’s partner, or at least his on-off girlfriend).

The Left absolutely hate it when Tories don’t stay in character. When Villiers spoke at one of the regular rallies against live transport organised by Compassion in World Farming, the Labour twitterati even tried to claim that there were no Tories at the rally. In fact (I was there) there were several Tories, Lib Dems and one Green MP but no Labour MPs present. It’s so difficult for left-wingers to understand. How, they puzzle, can someone be a Tory and yet also campaign for animal rights? She must be a fraud! She’s in favour of fracking, for heaven’s sake!

Thus the Left herds all manner of opinions and views into its own corner, whether they belong there or not. Never mind that the great Communist powers have been unspeakably damaging to the environment. Never mind that it’s pretty obvious that there is no place for animals in Marxism, despite the agonised sophistry of many learned articles to the contrary. Never mind that blatant, selfish cruelty towards animals is a human trait which cuts evenly across cultures: if humans can make money out of the misery of animals, they will do, unless prevented by the law or by shame.

But this isn’t enough for the Left. We’ve decided we want a better deal for animals, they argue, therefore nobody on the Right is allowed to want the same thing because – because – well, er, because it’s our ball, or rather we’ve decided it’s our ball, and we won’t let anyone else play with it.

Anyway, they add petulantly, how can Theresa Villiers, who votes for badger culling and fox-hunting possibly also care about farm animals being tumbled about in burning hot trucks for weeks at a time? Better to think that she must be some kind of impossible freak, to keep Villiers in her evil Tory box, rather than to accept that there may be nuances of view: for example, maybe Villiers feels we have a particularly strong duty of care to the billions of animals which we breed and keep in captivity, and a special responsibility for ensuring that they are able to express their natural behaviours and experience joy in life, and not suffer unduly in death. Maybe she feels farmers would listen better to arguments for animal welfare if they also felt listened to on bovine TB and predator control. It is a logical position to hold, and has no relevance to the classic left-right political spectrum.

Nor is the more hardline argument that we owe a good life and death to all animals, and all of Nature, relevant to that spectrum. Caring about animals, and not caring about them, is something humans do across all party lines. But in the black-and-white, “never kiss a Tory” world of the Corbynistas, there can be no such thing as cross-party agreement on anything – because to allow that is to allow that the enemy is human.

Meanwhile, 70,000 dehydrated, terrified, shit-encrusted sheep in Romania are about to be shipped onto open seas in a vast metal box, under burning skies. And Theresa Villiers is one of the few people who genuinely minds about it.