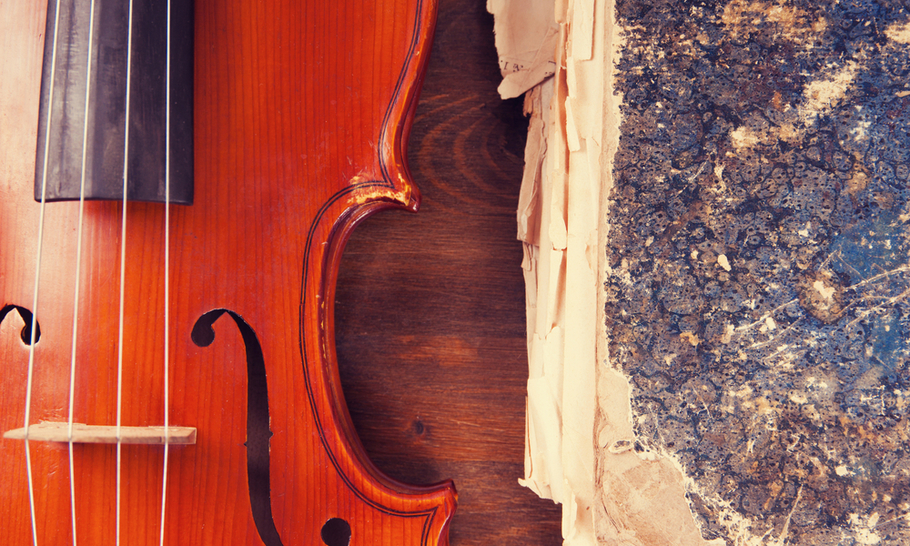 My only grumble about Lev’s Violin (Penguin Books, £20) is that its publication was delayed until the worst of the Covid crisis had passed. No matter what the nature of one’s particular lockdown despair, this book could have offered a way out, because it focuses entirely on how to make things matter. Helena Attlee took the instrument she calls “Lev’s violin”, something she had heard and held only briefly, and gives it a soul and a history. It’s a wonderful story, easy to read, full of interesting facts and great leaps of imagination.

Many musicians remember the Damascene moment when the sound of an instrument called to them and shaped their life forever. I’ve not heard this happen to non-musicians, but Attlee has come pretty close. There’s little indication of what music meant to her until she heard this particular violin for the first time, but when she did, her heart was captured and she found another layer of emotion. A beautiful klezmer tune played on the violin so transfixed her that she looked for the musician after the concert, hoping to discover how he had created such magic.

His name was Gregg and he told her he’d bought the violin from Lev, a Russian émigré. Gregg said the violin had been made in Cremona, Italy, at the beginning of the 18th century. He’d also been told it was “absolutely worthless”.

At that time, Attlee was struggling with the concept that anything could be worthless. Her mother had recently died and she’d taken on the painful responsibility of sorting through her possessions: what to keep, pass on, give away, leave behind, throw away, forget. How can one save just a  few parts of the whole? It is not so much about moving on as carrying on —and this is very difficult.

There was more. Although she’d never been to Cremona, Attlee had loved Italy all her life, knew it as a second home and had written two successful books about its culture and beauty. In no way could this precious, fragile, slightly battered Italian violin be anything other than a treasure.

This was the genesis of the book, but not in a fired-up way. It was more an idea that grew over months of reading about violin-making and its role in shaping the musical destiny of Italy and the Catholic Church. Then she was invited to Milan, whence she was diverted by her idea to pick up the threads at its source.

The ancient town of Cremona sits on the River Po in Lombardy and was the most important centre of the violin universe in the early 16th century. It is where the first Stradivarius, Guarneri and Amati violins were created. Here, in its cobbled streets, drenched in sunshine and the scent of jasmine, Attlee surrendered to whatever direction Lev’s violin would take her in search of its origins, extended family, manufacture and musical tradition — and, above all, its adventures. 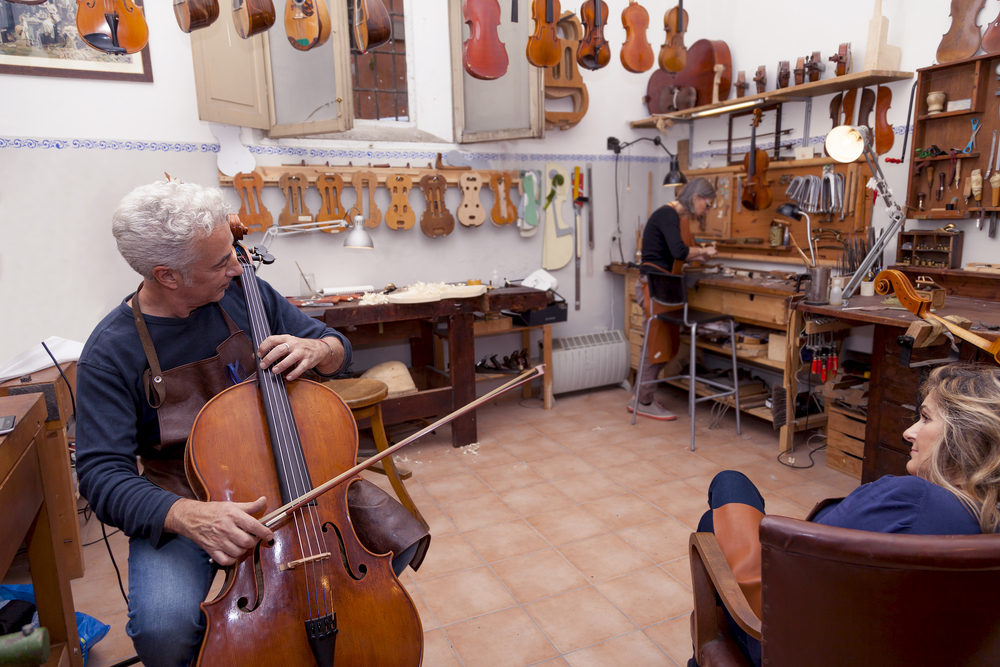 Way back then, the raw material required to make a violin comprised a combination of wood from far-flung places. Ebony for the fingerboard and rosewood for the tuning pegs came from India, believe it or not. Mountain maple for the back was sourced in the Balkans. Spruce, which created the powerful belly of the violin and gives it resonance and voice, was to be found closer to home, but the process of getting it to the luthier was tortuous and dangerous. Attlee documents, in fascinating detail, the spruce timber’s journey from an alpine forest in the Dolomites over many months and eventually down canals and rivers to the Cremona workshops.

Every piece of wood individually selected for a future violin had, by the time it was ready for manufacture, been identified and recorded multiple times. Lots of levies and taxes had also been paid. Some of this paperwork accumulated over the centuries is still filed away for the elite violins, but for those that didn’t make the cut it is now possible to trace its DNA. All that is required is access to something called the International Tree Ring Data Bank (self-explanatory).

You’d have thought that early on in the venture, Attlee might have made a trip to the dendrochronologist up the road in Hove, showed him a photograph of Lev’s violin and established beyond doubt where it  came from. But the story was still unfolding and at this stage science was not invited to add to the excitement. That came later.

Back to medieval Cremona and the powerful, secular gaiety of the klezmer was still playing over and over in the author’s head. It was an interesting counterpoint. For centuries, the only music permitted within the Catholic liturgy was the Gregorian chant, until the organ was introduced adding pitch and sonority. Then, in the mid-15th century, when Andrea Amati was perfecting the violin as we know it, stringed instruments  became a part of church services and gradually the clergy began to support new repertoires and provide a lifeline for hard-working musicians who could guide the congregation towards a better understanding of the Divine. They also needed to keep the pews filled and the contributions flowing.

A sensible arrangement was made whereby the manufacturers sold a job lot of violins to the church orchestra at 75 per cent discount (cash only), thus guaranteeing a continuous stream of heavenly music to sooth and enthral  the soul. With free, accessible promotion and a non-taxed income, the luthiers were able to establish a proper market. Myths and mysteries emerged around their craft. As a consequence, today there are many cherished but “unlabelled and anonymous” violins being sold for one price while the branded varieties cost eye-watering amounts. For example, ten years ago a Sotheby’s hammer went down on the 1721 Lady Blunt Stradivarius at $15.9 million.

The blue-blooded Stradivarius, Guarneri del Gesù and Amati violins did and still do have hermetically sealed existences. They are brought out only for the world’s finest musicians to play in the best places to the smartest audiences. They are owned by dukes and fund managers. The bastard wooden offspring of these instrumental aristocrats, born ironically into the church orchestras, have scattered over the centuries, bringing no less joy, perhaps even more, than their more celebrated relations, but certainly playing out an entirely different life.

Helena Attlee’s quest to trace the journey of Lev’s violin took her across Italy to Florence, Rome and Venice, peeking into the musical life of the Medici circle in grand and hallowed places, meeting extraordinary people. She witnessed the gruesome unveiling of a memorial to all the Roma and Sinti people in Europe who were lost to genocide during World War Two.  In Russia, she found the place Lev had once lived; thence he had emigrated to the US.

Every step of the way, her fund of facts and imagination were expanded to include the thousands of possibilities that a violin could encounter in a lifetime. It included perils and princes, love and sadness, and the capacity to inspire the full spectrum of emotion. No surprises there. We are, after all, talking about music, and Helena Attlee has added beautifully to the conversation. You’ll have to read this book to get the whole story. Please do: if you love to see music celebrated, it’s a real treat.