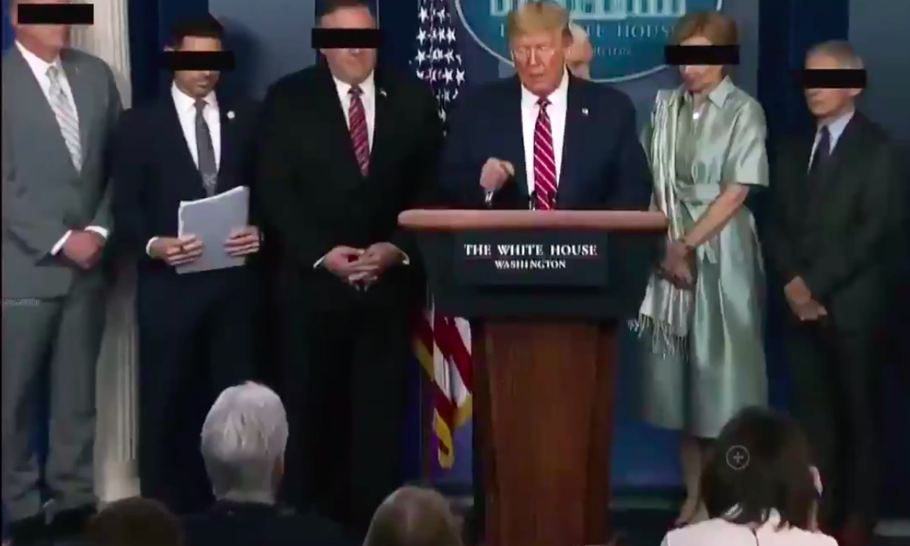 One of the ironies of American politics is that you have to travel pretty far from the nation’s capital and its surrounding areas until you hit a state that is competitive between Democrats and Republicans in presidential elections. The District of Columbia itself is heavily, heavily Democratic; Hillary Clinton carried almost 91 per cent of the vote in the district in 2016. Maryland is a reliably blue state with a few red patches here and there; Clinton took more than 60 per cent of the vote last time.

Virginia gave its electoral votes to the Republican presidential candidate in every election from 1972 to 2004 — but Barack Obama flipped it in 2008 and it has been trending less Republican in every cycle since, with Donald Trump winning just 44.4 per cent last cycle. Polling has been infrequent so far this year, but Trump is struggling to stay above 40 per cent in Virginia; his combative, controversy-courting style is toxic among the white-collar suburbs in the northern part of the state.

Further out, West Virginia is a safe Republican state and Delaware is a safe Democratic one. To reach a genuine competitive swing state, a Washingtonian would have to travel about 83 miles north to the Pennsylvania state line or 183 miles south to North Carolina.

The upshot is that television viewers in the Washington, DC broadcasting area rarely see general election presidential campaign commercials, unless a campaign shells out the big bucks to run an ad nationwide. No presidential campaign worth its salt would bother running ads in that market for the nation’s capital, because the commercials wouldn’t be seen by viewers in any state that could flip from blue to red or vice versa. Television markets in states like Ohio, Florida, Wisconsin and Michigan offer much more bang for the buck.

But as Lachlan Markay of the Daily Beast reported, the Trump campaign spent slightly more than $400,000 on cable news ads in the Washington, DC, area in May and June, “buying time largely on Fox News but with some smaller buys on CNN and MSNBC as well, according to filings with the Federal Communications Commission.”

What’s going on? Allegedly those ads have an intended audience of one. The president watches a lot of cable television news, and according to Markay, the commercials are designed to reassure him that his campaign is punching back on the airwaves.

The president’s television habits are so well known that television advertising has become a way to communicate directly into the Oval Office. One particular group of former Republican officials is garnering enormous attention for having figured out precisely how to push the president’s buttons.

The SuperPAC collects quite a bit of money from donors who are furious with Trump. In May, the Center for Responsive Politics found “almost all of that money went to the group’s board members and firms run by them.” But the Lincoln Project also pays to run ads on the Washington DC television market, which would be a waste of money under almost any other circumstance. (The above is a still from their latest ad.)

But President Trump is unlike any other president, and reacted explosively upon seeing a Lincoln Project ad, which ran during Tucker Carlson’s program on Fox News Channel this May. Shortly after the ad appeared, Trump went on one of his trademarked Twitter tirades, denouncing a “group of RINO Republicans who failed badly 12 years ago, then again 8 years ago, and then got BADLY beaten by me” who were “loser types” don’t know how to win, who were “a disgrace to Honest Abe” (Lincoln), adding, “I don’t know what Kellyanne did to her deranged loser of a husband, Moonface, but it must have been really bad.”

Galen responded, “we thank him for all the free publicity he has given our movement and our efforts, but his inability to contain himself further illustrates his unfitness for office.”

The Lincoln Project proved itself exceptionally skilled at getting Trump to lose his temper and go on an angry Twitter rant, an achievement that is roughly as difficult as a grown man playing basketball dunking on a kindergartener. The super PAC is the perfect political news machine: it puts together some hard-hitting attack ad, runs it in the DC market where Trump will see it, and waits for the president’s short fuse to blow — which triggers the next wave of donations, driven by the president’s furious response. Each step — the ad, the presidential tweet-storm, the wave of donations — is another bit of fodder for political blogs starved for Trump-centric content.

(The Lincoln Project’s audacious style prompted a more pro-Trump super PAC, the Club for Growth PAC, to run an attack ad against the Lincoln Project Super PAC. Yes, Super PACs now skip attacking the other side’s candidates and have moved straight to attacking each other.)

It’s fair to ask just what the real impact of the Lincoln Project is, besides diverting money from Trump critics into the pockets of former Republican campaign consultants. As Alex Shephard of The New Republic observed, “the idea that the Biden campaign needs the aid of a group of former Republicans to ‘take [Trump’s] campaign off their game’ doesn’t track with anything that has happened over the last three-and-a-half years.” It’s not like Trump would be a calm, methodical, even-tempered president without the Lincoln Project running ads during Tucker Carlson’s program. They just give an angry man one more thing to be angry about. And as demonstrated above, the Lincoln Project’s ads aren’t running in any television market where they might sway the outcome of the 2020 election. Much like the Trump campaign’s ads, the Lincoln Project is targeting an audience of one.

Perhaps that is the perfect encapsulation of a spectacularly narcissistic era in American politics. Trump relished trolling his opponents and critics for three and a half years — deliberately pushing their buttons, knowing his provocations would set off a furious reaction. And now his critics are trolling him right back.

Good thing that the US doesn’t have any serious problems at the moment.

Joe Biden The Lincoln Project The US election Trump