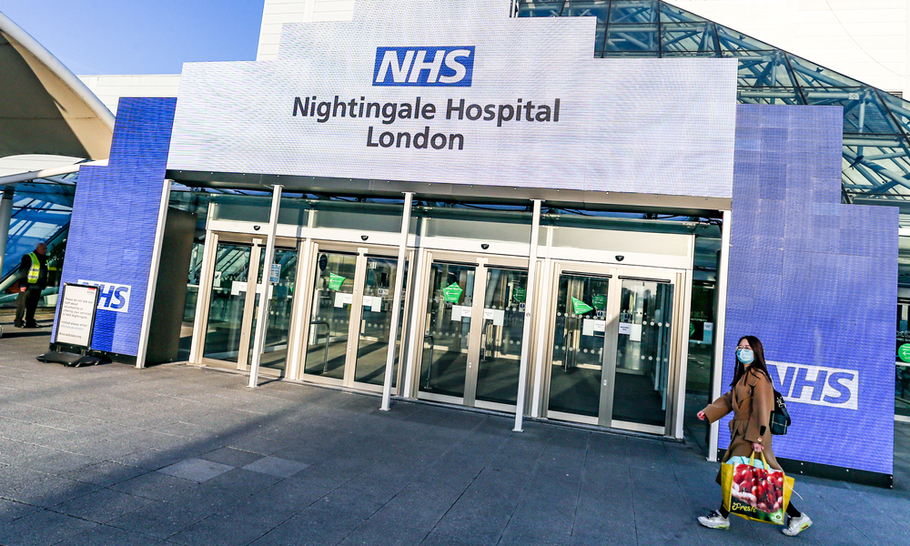 This Thursday, like last Thursday, large numbers of people will open their doors and windows to applaud, or to beat pots and pans, to signify their appreciation for the staff of the National Health Service in their work against the Covid-19 virus. Don’t misunderstand me: I share in that admiration. I merely point out that the present crisis has revealed one most important thing, of which we had until now been vaguely but unwillingly aware. We had never clearly admitted to ourselves that the NHS had become the new national religion, replacing the Church of England. But this substitution has extensive consequences for how we see human life.

In this new role, the NHS has widespread and emphatic approval. Indeed, doubt is not permitted. Its few critics, who say that a differently structured or financed healthcare system would produce measurably better outcomes, are persecuted as heretics. The NHS embodies the values, the ideals, the aspirations, of the vast majority. Its doctors and nurses are more than respected; they are revered as saints, and regularly interviewed on radio and television.

Those healthcare workers who contract the Covid-19 infection and die of it are the new martyrs. Those who devise mathematical models of the scale and speed of infection are its new theologians; that they differ widely in their predictions only seems to make their abstract formulations even more important. The NHS ‘saves lives’: no other national institution now makes that claim. Its less than average performance in recent decades compared with other advanced nations is passed over largely in silence. It can do no wrong.

By contrast, the Church of England is the dog that failed to bark in the night. It seems to have almost nothing to say to humanity except that communities should co-operate to affirm a collective social solidarity. But the practical expression of such values is provided by the 750,000-odd people who have volunteered to aid the NHS. The Church seems to have mobilised no-one.

By government fiat, its services have been halted. For similar dictatorial measures we need to go back to French Jacobins in the 1790s or Spanish Marxists in the 1930s. But the Church of England seems to have uttered not one word of protest. Why not? Because, we might suggest, so many of its clergy have long ceased to think that they are doing something of eternal significance. They do not even claim to be ‘essential workers’. None of them, as far as I am aware, have lost their lives while bringing the sacrament to victims of the disease.

By Easter Sunday, on 12 April, the daily death toll is likely to have escalated further. Which of the clergy has addressed the nation to urge that in the midst of death we are in life? There will be some, but they no longer command the attention of the media or the public. Instead, the absence of that argument in the national debate has allowed a new discourse to become the norm. In it, every death is described as ‘a tragedy’, a random and outrageous affront to the individual. Politicians appear on the media to announce in notably similar terms that ‘our thoughts are with the families and friends of the victims’, but never with the future course of the dead themselves. The idea of victimhood instead explains the eternal status of the individual.

Few people point out that death is a rather normal event; that just under one per cent of the population of the UK dies each year, approximately 650,000 people. Society averts its gaze from that statistic, but does so for powerful reasons. Death in a secular world view is someone’s fault, the failing of NHS administrators or of politicians. In a secular world view, life is by implication a timeless state, not an unfolding moral story with a beginning, an end, and a future. It was not so at the time of the Beveridge Report, which offered a NHS providing care ‘from the cradle to the grave’. ‘Sustainability’ is the key term in environmentalism, but its plausibility is owed to its derivation from a new view of humanity.

Many, perhaps most, of the Anglican clergy see their role as to encourage individuals to live within the warm collective embrace of a ‘community’ (the key term in present-day theology). An historian might suggest that this is little more than an echo of the political ideals of the clergy’s youth four or five decades ago. Even George Orwell, the novelist laureate of that tradition, predicted that the social form of the close-knit working-class community would be swept away by subsequent social change. And so it has been.

By committing itself to that failing cause, the Church of England is left with surprisingly little to say in a crisis like the present. And yet we are not surprised. We knew this already, but were too polite to mention it. My local Anglican parish church is served by a woman priest who lives far away and drives over to take services. I have never met her, and wish her well. But I would be surprised if she were to visit me on my deathbed: what could she say to me? And what could I say to her?

It is as if our family house had, for many decades, a superb and dignified painting hanging over the mantelpiece in the entrance hall. We now wake up to find that it is no longer there. In its place is . . . a framed photograph of a new hospital.