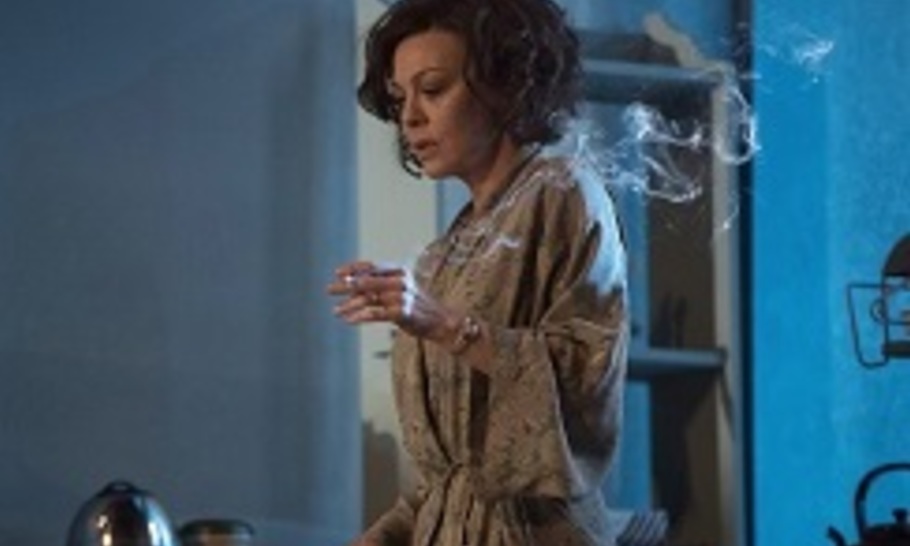 Helen McCrory in the National Theatre Live production of The Deep Blue Sea.

John Peter, chief theatre critic at the Sunday Times for many years, died just over a week ago. A Hungarian refugee who fled to Britain after the 1956 Uprising, he was a deeply civilised man and will be much missed.

He would have greatly enjoyed the season of plays that have been shown on YouTube by NT Live over the past few months. It has been a fascinating mix: adaptations of 19th-century classics, including Jane Eyre, Treasure Island and Frankenstein; some of the best Shakespeare productions in recent years, including the National’s joyous Twelfth Night and Nick Hytner’s outstanding Midsummer Night’s Dream at the Bridge Theatre; and recent gems, such as One Man’ Two Guv’nors and The Madness of King George.

But perhaps the most interesting revivals were Tennessee Williams’ A Streetcar Named Desire (1947), with Gillian Anderson as Blanche DuBois, and Terence Rattigan’s The Deep Blue Sea (1952), with Helen McCrory as Hester Collyer, both written around seventy years ago.

Both have had contrasting histories. Streetcar has been a classic since its first extraordinary Broadway production in 1947-49, with Marlon Brando as Stanley Kowalski, Karl Malden as Mitch and Kim Hunter as Stella. Elia Kazan’s film (1951), starring Brando and Vivien Leigh, was nominated for a dozen Academy Awards and won four.

Rattigan’s The Deep Blue Sea is a symbol of his career. It opened in 1952, when he was at the height of his fame. He had just written The Winslow Boy (1946) and The Browning Version (1948). By the time Rattigan died in 1977, he had been eclipsed by a new generation of playwrights —Pinter, Stoppard, Osborne — and even by lesser writers such as David Hare, Trevor Griffiths and David Edgar. He was too posh (in Deep Blue Sea one character has lunch at the Ritz, another drives a Rolls) and not political enough, meaning not Left-wing enough: his characters wore three-piece suits, not duffle coats. And what about all those old classics teachers and judges?

Yet all these years on, both Williams and Rattigan have aged well, Rattigan perhaps more even than Williams. There are two reasons: one obvious, the other less obvious but more fascinating. The obvious reason is they both wrote astonishing lead roles for women: think of Vivien Leigh as Blanche DuBois and Hester Collyer, Katherine Hepburn in the 1973 TV film of The Glass Menagerie, Margaret Leighton as Catherine Winslow in The Winslow Boy, Elizabeth Taylor in Cat on a Hot Tin Roof. Many of these were tragic roles: Tennessee Williams’s damaged, hysterical southern belles, Rattigan’s suicidal Hester Collyer. It’s hard to think of any writers who produced more devastating accounts of marriages and relationships gone terribly bad.

The less obvious reason was brilliantly analysed in a Channel 4 series about drama, produced by David Jeffcock, some years ago. Of course, Williams and Rattigan were both gay. And they were writing at a time when homosexuality was illegal. The Deep Blue Sea is all about the shadow-world of what is or isn’t illegal: Miller has been struck off as a doctor for performing abortions, the revelation of Hester’s suicide attempt is all about whether the police should be told, because she’s broken what was then the law. But there’s no reference to homosexuality, also illegal at the time. Why should there be? Hester’s a woman, in love with two men.

Or is she? Is Blanche DuBois? This is the question Jeffcock asked in his TV series. Are they really men in women’s clothes, men drawn to other men, which couldn’t be put on stage in the 1940s and 1950s? Suddenly the posh, repressed world of Rattigan’s plays seems less genteel, and much more daring. All these people breaking the law, driven by passions which have made them mad, which will lead to suicide and death. “When you’re between any kind of devil and the deep blue sea,” Hester says, “the deep blue sea sometimes looks very inviting.” So, of course, does the devil. Is there a way of seeing Hester and Blanche as men driven mad by their desire for other men, the bestial Stanley, the caddish Freddie? Suddenly it’s all those preachy plays by Osborne and Hare which seem old-fashioned, and it’s Rattigan and Williams who burn with hell fire and passion on the page.

The joy of the NT Live season has not just been to revive old productions. It’s been to see them through different eyes, to bring them to life in very different ways, and to change the canon. Of course, it’s daring for Tamsin Greig to dress as a man as Malvolio in Twelfth Night. But it might be even more daring to look at Hester Collyer anew and to ask why so many characters in The Deep Blue Sea break the law – except for the one law which was so dangerous that it couldn’t even be named.