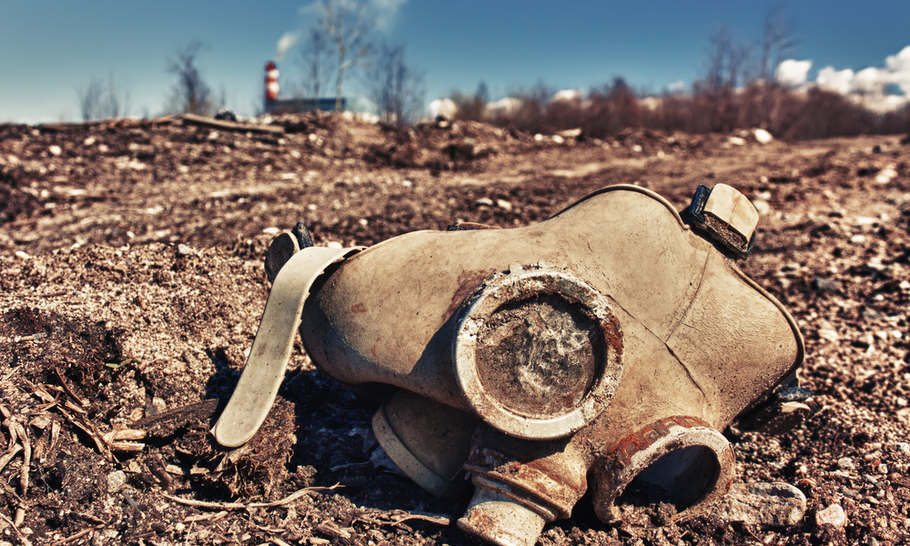 The surreal poisoning of the Skripals in March 2018 shocked Britain. I became aware of the threat of nerve agents in 1989 after apartheid police, using Paraoxon (made from the lethal insecticide Parathion), attempted to assassinate a friend of mine, Reverend Frank Chikane, then general-secretary of the South African Council of Churches. It later emerged his murder was signed off by the Police Minister, Adriaan Vlok.

Frank was a victim of Project Coast, the regime’s secret biological and chemical warfare unit led by a sinister cardiologist, Dr. Wouter Basson. During a visit to Namibia, to ensure maximal absorption through the skin, a set of his underwear was impregnated with a lethal organophosphate nerve agent. After recovering in South Africa, Frank paid an official visit to the US and went to Madison to see his wife at University of Wisconsin. Here he suffered again from outbreaks of vomiting, loss of muscle control and acute respiratory problems. He would have died had he not been admitted to St. Mary’s, the University Hospital. The FBI analysed his clothes and found Paraoxon. Swift treatment saved him.

Frank played a leading part in the story of Christian participation in the struggle against apartheid. He was close to Nelson Mandela and later became Director-General in the Presidency, Thabo Mbeki’s chef de cabinet. But he was also part of another story, that of states manufacturing nerve agents, a class of poisons known as “cholinergic”: inhibitors of the enzyme acetylcholinesterase, which destroys the neurotransmitter acetylcholine, and cause disruption of the entire nervous system with dire consequences. Parathion, an early cholinergic poison, was first made as an insecticide in Nazi Germany during the Second World War by Dr. Gerhard Schrader.

In 1938, Schrader inserted cyanide into an organophosphate creating a new compound. In his recently published and authoritative Toxic: A History of Nerve Agents, From Nazi Germany to Putin’s Russia Dan Kaszeta writes that “a quantity as small as one thirtieth of a grain of rice could kill a (experimental) Barbary macaque”. The Nazis had other targets than monkeys in mind. With the help of Otto Ambros, an executive of the chemical conglomerate IG Farben, and the Wehrmacht’s chemical warfare unit, “Tabun” (taboo), as it was nicknamed, joined Mustard Gas and Phosgene in the armoury of the Third Reich.

By inserting a fluorine atom instead, Schrader hit the Nazi jackpot. The new compound created was highly toxic, odourless and more easily volatilised. It killed rapidly by inhalation. In the right conditions a kilogramme could kill many thousands of enemy troops. And your own troops could still advance. Enter “Sarin” which is still in use today.

Yet it was one thing to make a small quantity of nerve agent in the laboratory, quite another to mass produce it. Manufacture demanded complex fabrication of precursors, sequentially creating new contaminants. Nerve agents proved deeply corrosive, due to impurities or reactivity and were therefore difficult to deliver whether in a bomb, a rocket or from aerial spray tanks. Millions of deutschmarks were spent on building different production sites.

Finally the Nazis had a stockpile of Tabun. But Hitler was afraid that the Allies had the capacity to retaliate with even more sophisticated chemical weapons. Otto Ambros, production kingpin, informed him that the Allied programme was probably advanced. He was wrong. And Hitler was deterred.

During the Cold War, both sides made similar miscalculations about the enemy’s capacity. The Allies had seized most of the Nazi chemical scientists but encountered the same problems of mass production and delivery. Nuclear weapons dominated the strategic landscape. In 1969, President Nixon shut down US production of a potent new British-developed agent, VX.

After the Cold War ended, the Chemical Weapons Convention (CWC) of 29 April 1997 prohibiting production stockpiling and use was one of its first fruits: 193 countries have signed and ratified the Convention. Israel signed but has not ratified. North Korea, Egypt – with a longstanding production programme – and South Sudan have not signed. After 1997, about 96 per cent of chemical weapons were subsequently destroyed. The threat of nerve agents seemed to recede.

Saddam Hussein possessed Tabun, Sarin and VX. During the war with Iran he had used nerve agents in March 1988 against Iraq’s Kurdish population at Halabja, killing 3,200-5,000 people with 7,000-10,000 injured, mainly civilians. He also used Mustard Gas on Iranian troops. The slaughter of Kurdish civilians in Halabja, an act of state terrorism, became the model later adopted by Syria’s Bashar al-Assad in massacres in Khan Shaykun and al-Lataminah and at Ghouta, a suburb of Damascus. Nothing sophisticated: bomb civilians into underground cellars, then drop bombs containing Sarin, which is heavier than air and which seeps down into their shelters. When they emerge confused, gasping for air, and dying, you bomb them again.

In Toxic, Kaszeta attempts to explain Russia’s flagrant use in the UK of A232, a Novichok (literally “newcomer”) from their Foliant Programme. It returns us to apartheid’s Dr. Wouter Basson, and National Security States’ belief that they can do anything they like. As in Frank Chikane’s case, absorption of the poison was through the skin and the onset of symptoms took time. Early administration of Atropine reverses the action of the nerve agent. The Skripals survived. Dawn Sturgess who found the perfume bottle used by the two Russian GRU assassins was not so lucky.

However difficult the manufacture of nerve agents they are not guaranteed to remain in the hands of state actors. In March 1995, an apocalyptic cult, the Japanese Aum Shinrikyô, made a crude but deadly Sarin gas attack on the Tokyo Underground. The movement actually had “ministries”, and behaved as if it were a state within a state. It managed to make a small amount of impure Sarin, enough to kill twelve people and severely injure fifty more, with 1,000 others showing symptoms.

One final disturbing thought. International order is weakening. North Korea has not signed the Chemical Weapons Convention. Kim Jong-il has already used VX to murder his brother Kim Jong-nam in Malaysia. And there are a number of terrorist organisations which would only be too happy to buy chemical weapons. We should be grateful for Porton Down’s advanced research on treatment.