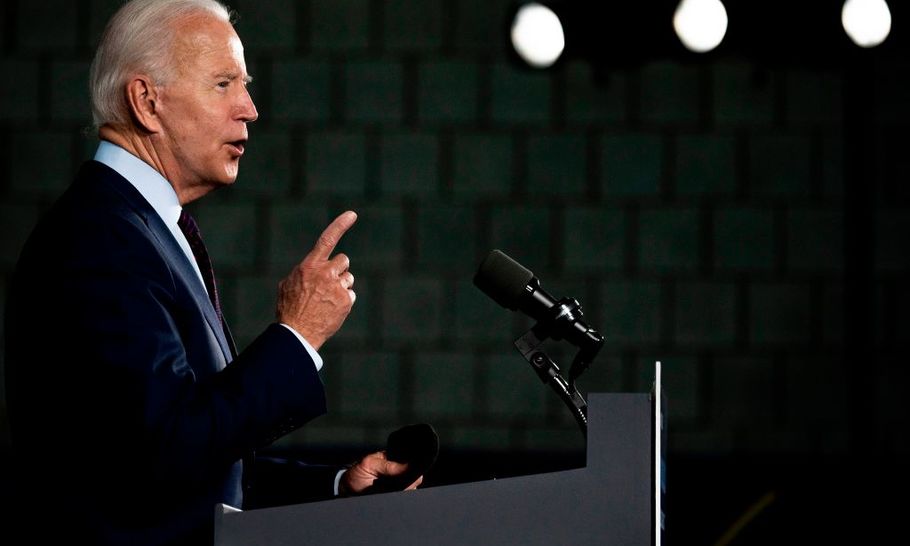 Joe Biden has drawn well ahead of Donald Trump in the latest American polls. This analysis seeks to answer two questions: is Biden’s lead real — and will it last?

Let’s start with what the polls currently say. According to the 538 website — the most sophisticated of the sites that monitor the polls — Biden’s national lead has held steady at around nine per cent for the past fortnight. He also leads by at least six points in four states that Trump won in 2016: Florida, Pennsylvania, Wisconsin and Michigan. These states have a combined total of 75 electoral college votes. If Biden wins them all, and assuming no other states change hands, he would win the presidency with 317 electoral college votes, compared with Trump’s 221.

Biden is currently ahead, though more narrowly, in five further states, with a total of 66 electoral college votes (Arizona, North Carolina, Ohio, Georgia and Iowa). If he wins all these, then he beats Trump by 383-155. A Biden super-optimist would add Texas, with its 36 electoral college votes, as a possible gain. Trump won by 9 per cent in 2016, but his polling lead is only 0.4 per cent today.

That’s what the polls say: but are they right? Here are some reasons for saying they are wrong.

This is what Trump himself argues, with the aid of his favourite pollsters, the brothers Jim and John McLaughlin. It’s nonsense. A pollster would go bust if they fixed their results. What’s more, the logic of this argument is that the pro-Trump Fox News would produce polls showing a narrower race. In fact, Fox News’s latest poll shows Biden 12 per cent ahead — an above-average lead.

True, the polls called the wrong winner four years ago. But that’s not the whole story. Nationally, the polls came close to the final vote share: on average they predicted that Clinton would win the popular vote by 52-48 per cent; the result was 51-49 per cent. Trump won the presidency despite lagging almost three million votes behind Clinton.

The polls tripped up in a handful of battleground seats. The 538 site’s final, poll-based, predictions showed Clinton winning Pennsylvania, Michigan, Wisconsin and Minnesota by 4, 4, 5 and 6 per cent respectively. Trump won them all — just: his lead in all four states was 1.5 per cent or less.

The polls did better in other battleground seats, with figures close to the final result in Colorado, Arizona, New Hampshire, New Mexico, Nevada and Florida.

In short, the polls had a particular problem in a few rust-belt states, overstating Clinton’s support and understating Trump’s by 2-4 percentage points. It was enough for them to end up calling the wrong winner; but, statistically, their failure was not as great as has been popularly painted. If they are making the same mistakes today, Biden would still win comfortably on current figures.

However, the same theory tells us that if lots of polls show broadly the same thing, the overall risk of random sampling error is much less. Currently, data are published each week from around 15 national polls, and typically three polls in each battleground state. The sheer number of polls showing Biden well ahead both nationally and in the states that matter cannot be explained by random error.

This is the pollsters’ biggest headache. Last week the New York Times reported that it achieved interviews with only 1-2 per cent of the people it tried to phone for its latest poll. As recently as the late 1990s, response rates came close to 40 per cent.

However, polls have ways to deal with this. Today’s phone polls, like online surveys, no longer assume that their raw samples match the electorate as a whole. Pollsters are essentially in the business of modelling the electorate, ensuring that their published figures match the country (or state) by age, gender, race, income, education and so on. Across much of the US, millions of voters also register themselves as Republican or Democrat. (That’s why the turnouts in primary elections are so huge.) This enables pollsters to make sure that their samples have the right political balance.

Modelling works. The most recent big, nationwide test of the polls was the 2018 mid-terms. Such elections are hard to poll, as turnout is lower than in presidential elections. Polls must judge not only which party their respondents will support, but whether they will actually vote at all. On election day, 538 assembled all the available polling data and predicted that the Democrats would gain 36-39 seats in the House of Representatives. They gained 40. The polls were vindicated.

So Biden really is well ahead, but will his lead last?

Probably, but I am not nearly as certain as the Economist, which has started predicting the result in November based on polls, economic and other data. It updates its forecast at least once a day. At the time of writing it gives Biden a 90 per cent chance of victory.

The Economist’s analysts should read John Kay and Mervyn King’s recent book, Radical Uncertainty. They argue that calculating risk is often a mug’s game, because future events are liable to be affected by things that nobody predicted. (The current pandemic is a terrible example.) With four months to go until polling day in the US, the range of things that might change its outcome simply cannot be foreseen — and nor is there any way to make a sensible adjustment to Biden’s real chance of victory.

What we can say is that only once in more than 80 years of polling has a June/July lead of the size that Biden now enjoys been overturned by election day: in 1948, when President Truman came from behind to defeat his challenger, Thomas Dewey. (Don’t be mislead by the fact, touted by Trump’s allies, that Ipsos showed Clinton 11 points ahead in late June 2016. This poll was an outlier. Her average lead at the time was just 5 per cent. Given that she won the popular vote that November by 2 per cent, Trump narrowed the gap by only three points in the final four months.)

So can we be certain that Trump will lose? No: but if he wins he will have achieved something that no candidate has managed for 72 years.

Biden Election The polls The US Trump