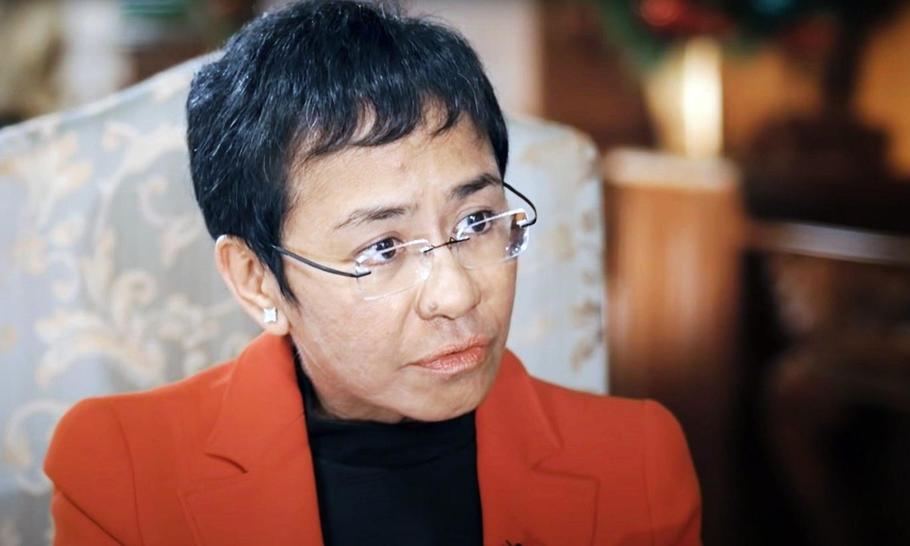 The news that two journalists have been awarded the Nobel Peace Prize is a bit of a Hey Doris moment, as one tabloid editor used to say when describing a bombshell story.

The Nobel committee eschewed the obvious choices this year: political dissidents, eco-warriors and Covid-19 vaccine inventors. Instead they chose to bestow the laureate on representatives of one of the world’s oldest professions.

The Norwegian Nobel committee is not everyone’s cup of tea and the peace prize is a bit hit and miss, like the world it reflects. Some of its decisions have stood the test of time: Nelson Mandela who ended apartheid; George Marshall of the Marshall Plan; Polish trade unionist Lech Walesa who lit the fuse that blew up the Berlin Wall; Iraqi Nadia Murad who campaigns against sexual violence as a weapon of war.

At other times its decisions have been frankly bizarre, most notoriously the joint prize awarded to Henry Kissinger and North Vietnam’s Le Duc Tho for negotiating a ceasefire in 1973 that didn’t actually end the Vietnam War. It awarded the prize to Barack Obama before he’d done anything. Occasionally it doesn’t award a prize at all, which is sensible if the citation is to hold its value — something our gong-happy establishment might wish to reflect on.

This award is surprising but it is also worthy and overdue.

A journalist’s first duty is to speak truth to power and to do so plainly, without fear or favour. This is not always the case. In the age of the shock jock, and proprietors who use their media empires to boost their balance sheets dogged, honest journalism is a rare commodity.

But if power had its way journalists would live, muzzled, in gilded cages.

The recipients of the Peace Prize this year are Dimitry Muratov, editor-in-chief of the Russian newspaper Novaya Gazeta, and Maria Ressa, former CNN bureau chief in Manila and founder of the news website Rappler. They are exemplars but they are far from alone. Journalism in many countries is, now more than ever, a risky business. Both operate in environments that are profoundly hostile, often deadly: Muratov in Vladimir Putin’s Russia, Ressa in President Rodrigo Duarte’s dystopian Philippines.

The Norwegian Nobel Prize committee said the two had been awarded the prize for their courageous fight for freedom of expression”. Berit Reiss-Andersen, chair of the Norwegian Nobel committee added: Free, independent and fact-based journalism serves to protect us against abuse of power, lies and war propaganda.” Indeed.

Russia and the Philippines are, not to put too fine a point on it, death traps for gutsy journalists. Both countries feature in the top 10 most dangerous places for journalists, along with Mexico, Syria, Iraq, Somalia, Brazil and Afghanistan.

In Putin’s Russia, resolute journalists are routinely branded “foreign agents”. They are harassed, arrested, shut down and, all too often, murdered. Since the turn of the millennium, 25 journalists are known to have been assassinated, of whom five worked for or contributed to Muratov’s Novaya Gazeta.

Despite a long tradition of free speech, the Philippines is now an even more dangerous beat for independent journalists. Powerful people, often involved in the drug trade, don’t take kindly to reporters who make them look bad in public. They try to buy them and, if that fails, they tend to have them shot.

Which is hardly surprising. The tone is set at the top. President Duarte is a great believer in the sword being mightier than the pen. He is frequently on TV threatening to shoot drug dealers, people who defy Covid-19 lockdown rules and anyone else he doesn’t like.

Maria Ressa is currently on bail, pending an appeal for an alleged “cyber libel”. She ran a story alleging corrupt links between a top Manila businessman and a senior judge. She faces up to six years in jail. She said on hearing the news: A world without facts is a world without truth.” Indeed.

Ressa is relatively lucky. She holds joint Filipino and American citizenship and is represented by a team of lawyers, headed by the Lebanese-British human rights lawyer Amal Clooney. Others are less fortunate: the customary method of silencing nosey Filipino journalists is drive-by shootings on scooters.

Muratov and Ressa are at the very front of the shield wall against corruption. They harry and persist in the face of threats. They question the growing tendency, not just in Russia and the Philippines but across the globe, for powerful people in public life to wield, not the sword of truth, but the bludgeon of the lie to get their way.

Here in Britain, journalists are at the bottom of the food chain when it comes to public esteem: sometimes deservedly so, often not. We tend not to take ourselves too seriously, perhaps because we don’t have to. Our lives are rarely on the line.

The late Nick Tomalin of the Sunday Times was killed almost 48 years ago to the day in the October (or Yom Kippur) War on Syria’s Golan Heights. I remember the day vividly because I was up there too.

Nick quipped: The only qualities essential for success in journalism are rat-like cunning, a plausible manner and a little literary ability.” Self-deprecating humour hiding profound seriousness.

We are not, as our colleagues across the Pond are, enshrined (let alone protected) in our task by a First Amendment to the Constitution. The job of holding the powerful to account is made more difficult by intrusive, demeaning and politically-biased journalism. Good journalists doing important work are tarred with the same brush.

We are also hampered by Boris Johnson’s Government, which devotes inordinate amounts of time to bending the truth or trying to muzzle investigations by making it illegal for journalists to work with whistleblowers.

Exposing the truth is difficult. It’s hard work and it’s expensive. The growth of collaborative investigations across borders offers some hope. The Pandora Papers, which shed light on a shadowy, global financial system used by the world’s rich and powerful, is an investigation – the biggest in history – by hundreds of journalists beavering away at 150 outlets. That’s an important development.

Journalists in the democratic world are lucky. Others are not. The courage and persistence of colleagues like Ressa and Muratov deserves our admiration and support.