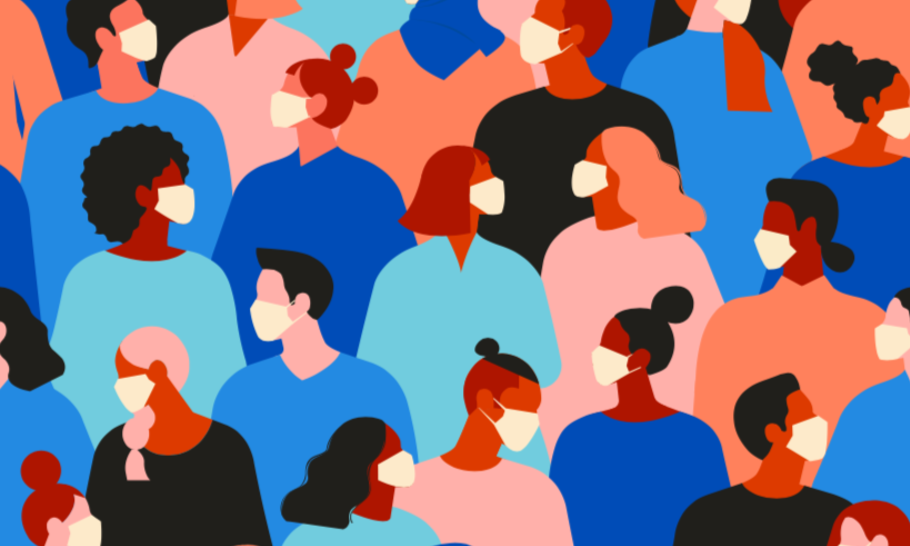 “There’s no art to find the mind’s construction in the face” – Macbeth, Act 1, Scene 4.

King Duncan had a point, didn’t he? Whatever the Thane of Cawdor had done (an executable offence, it seems, it’s left unclear in the text), there is something deep in us that means we think we can read off the mind from the face; that to look at someone is a sort of primary mechanism of social interaction.

And when we get it wrong, we acknowledge that’s a problem of interpretation. Why would any politician want to cancel that? Cue 2020.

To pivot, clumsily, from Shakespeare to Michael Gove, I want it on the record that some of us knew on Sunday that face masks (sorry “coverings”) were about to be made compulsory in public. How did we know? Because Gove denied it. Whenever this excuse for a statesman announces something to camera, we know that the opposite is the case. Such is his history. Gove is the go-to shoddy cheap lawyer of a capricious political set, juiced up on authoritarianism, and willing to contradict itself overnight. He has a wonderful “backstory”. He also has a preposterous and increasingly sinister “front story”. He’s the Saul Goodman of UK politics.

So, let’s examine the merits of the case for masks. (As if there are any). We’ll start with the health ones, and then move on to the important stuff.

We can put the health issue to one side because it’s irrelevant. Covid-19 currently has a prevalence of 0.03 per cent with a fatality rate (of that 0.03 per cent) of 0.25 per cent. Multiply those two things together and watch the numbers diminish faster that Piers’s ratings on Good Morning Britain. Forget the “R” number: 0.25 per cent of 0.03 per cent is the metric by which Boris Johnson has decided, like some Roman Emperor, to redefine by diktat just how we should all live.

Johnson, obnoxiously, has conscripted maths in aid of his nonsense campaign to become “World King”. It’s a pity he can’t count.

To take the knee to the Chris Whitty types and acquiesce in his New World Order and wear, compulsorily, a face mask is to accede to a form of consequentialism. The idea being that to minimise death is the primary function of the grey nomenklatura that constitutes the higher grades in the civil service. But why accept that premise? Surely a life robbed of purpose by the Whitty people is worse than no life at all. Those of us who have suffered serious illness accept that as axiomatic.

Some things are wrong intrinsically, regardless of “consequences”. To force someone to cover their face in public on the basis of the “greater good” has to be one of them. The government, having been embarrassed into a lockdown, is now embarrassing the rest of us by forcing us to muzzle up like the Gimp in “Pulp Fiction”.

To insist on the mandatory wearing of face masks as the virus departs is a bit like insisting on the compulsory building of air raid shelters in 1946. It’s government acting as child and pushing the boundaries. So, here’s my argument for pushing back.

The face is not just part of the body. As Shakespeare implies, it is the expression of the soul. In his beautiful elegy to the imperfections of the human person, The Soul of the World, the much missed (but glad he’s not here to see this) Roger Scruton develops an argument along these lines. It is in facial expressions, he points out, that we disclose our status as persons and not just bodies. It is in the smile, the blush, the frown that we reveal our true selves. The face is the soul unmasked. To mask the face is to mask the soul.

Highfalutin nonsense? I hope so. That’s my schtick. But also, I hope, expressive of a truth that any poker player will recognise. We talk with our faces. From which it follows that to muzzle the face is to muzzle our speech.

Covid-19 has become a “Spring Heel Jack”. We don’t really know where it is but the possibility of it is useful as a mechanism to control the children. Don’t be a child. Push back against this increasingly totalitarian government. If you don’t? In a few months’ time you’ll be wearing a face muzzle in your own front room. If you see nothing wrong with that then I’ve lost you as an audience.