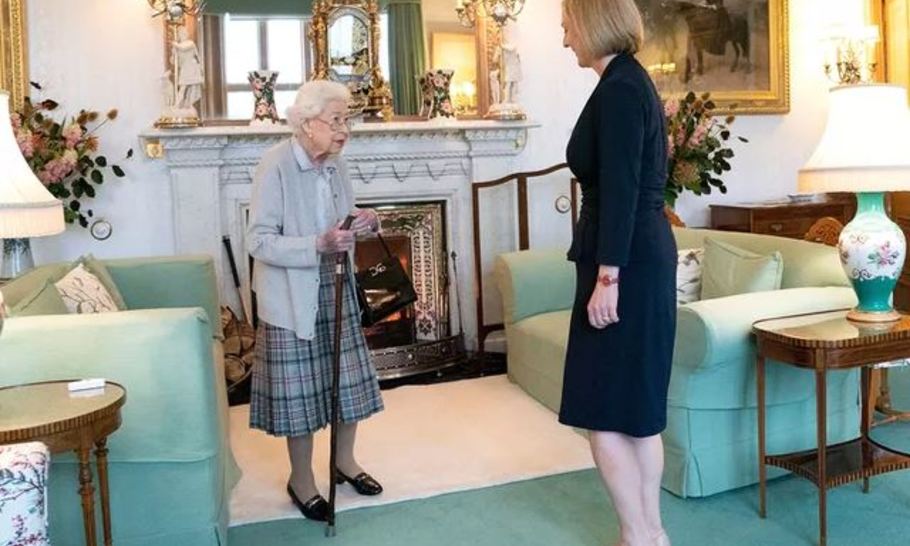 A week ago, the United Kingdom felt very different. A new Prime Minister prepared to get to grips with a set of problems which would have daunted the most experienced pair of hands in Downing Street. The public looked warily at what appeared to be yet another internal Conservative Party stitch-up, a Leader emerging from a previous shambles, elected only by a self-selected handful of the British people.

How different now. Liz Truss must navigate the most traumatic change in national identity which we have perhaps ever experienced. For seventy years that identity was synonymous with Her Majesty the Queen. The outpouring of a grief tempered by the awareness that it had to come, was accompanied by an admiration for duty and service unmatched by any other, and an appreciation that who we were as a United Kingdom had for many of her citizens been in reference to her.

Equally the passage of those seventy years coincided with the greatest revolution of communication and media in history, which gave our sovereign’s unique personality and abilities a worldwide reputation, arguably the most recognised person on our planet, ever.

Liz Truss’s Government will benefit from the nation holding its collective breath in respect of Her Majesty. It has a little more time, especially behind the scenes, to be working on the practical, day to day matters of administration, considering where changes need to be made to deliver what she has campaigned upon. The day of scrutiny will certainly come.

But there is something else of note. We are a different people to a week ago. A fear at the back of our minds — “what on earth will we do when she goes?” — is now a reality, but it is being dealt with. Those fears are not being realised. It provides, however unsought, a moment which the Government should not miss.

Firstly, the outpouring of affection from the people is genuine and heartfelt, from all walks of life, and from all sections of a community markedly different from 1952. It suggests that, as did the Jubilee, there are still things which draw the British people together despite a polarisation in certain spheres, and above all, that people want to be drawn together. As we watch the flowers lovingly placed at royal palaces throughout the UK, we see that there is such a thing as community, and the people want to be led by a government which unites them in combating adversity, not pitting them against each other. The Government needs to recognise this spirit, and match it, not just with rhetoric, but with policies and deeds which embody it.

Secondly, King Charles III, in his first public words as monarch, rebutted those who feared that Her Majesty’s popularity was singular, and that a constitutional crisis was imminent. In a touchingly personal address, the Charles that some of us are privileged to have glimpsed — hardworking, committed to his people and their concerns, and as keen a student of his mother’s diligence and wisdom as you would wish for — was clear. He too can embody a spirit of community, which in a non-partisan manner will help provide support to a backdrop where privations caused by the actions of others can bet met and overcome by all of us.

And thirdly, that unique international appeal of the Queen will bring to her funeral the Heads of State of most of the world, providing an opportunity for the Prime Minister and Foreign Secretary that they could scarcely have imagined. At their level, personality and personal contact matter. To have the opportunity, however fleeting, to share conversation in these circumstances may have been unwanted, but it is a blessing, nonetheless. When eyes meet over a table in the weeks, months, or years ahead, that they first met in sympathy and feeling for the United Kingdom will not be forgotten, no matter what might be on the table that day.

In particular, the outpouring of affection for Her Majesty and the UK from European friends is a godsend. That national symbols such as the Brandenburg Gate and the Eiffel Tower were drenched in our colours, and that national leaders spoke with such personal warmth surely allows the differences between the UK and its closest, dearest neighbours and, indeed, friends, to be presented anew, and resolved in a new spirit. Confrontation feels so yesterday.

Queen Elizabeth’s passion for reconciliation, seen in her brave postwar visit to Germany, and her historic time in Ireland in 2011, was a gift for the world and helped resolve more potential confrontations than we might ever know. How wonderful it would be if her last, parting gift to the nation and people she loved so much was to give it a chance to forge a different politics at home and abroad which embodied her values and gave us a light to overcome some darkness ahead.