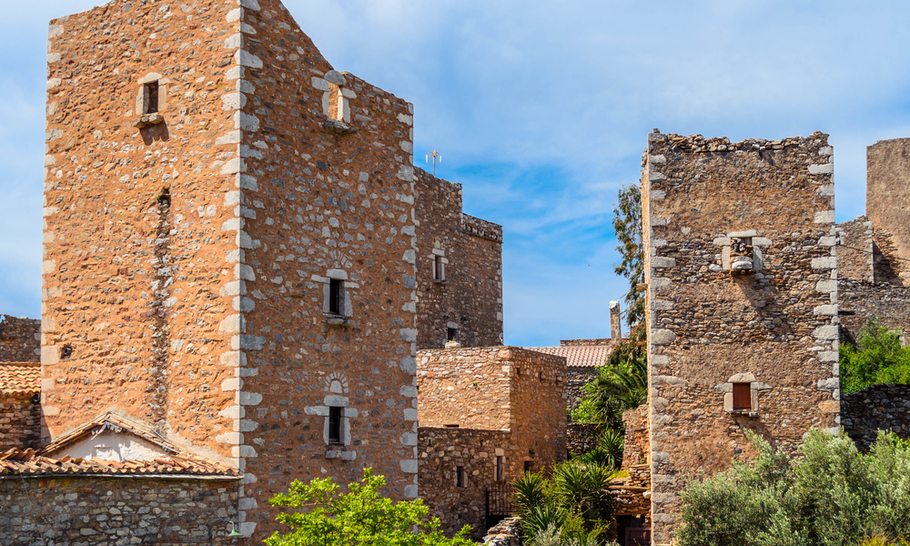 The fortified towers of the Mani in the Peloponnese, the four-fingered peninsula in Greece where Europe stops, are wild, grand and isolated. Unlike Patrick Leigh-Fermor, the travel writer who went to live (and die) among them, these symbols of strong, patriarchal clan power speak of closed societies, ruled for centuries by blood and gender. Today they lie abandoned and silent.

The Maniots, who built those towers, would relate to our changing world. Identity politics, nationalism and distrust of the other was, for them, the natural order of things. Like them, we are busy erecting towers. The architecture of the liberal world order, based on interdependence and mutual interest, is crumbling.

Despite the lessons of the 1930s, when fascism and totalitarianism led to collapse and conflict, we seem unable to work together, judging today’s challenges too great, too risky. The world is too complex, too unpredictable. The organising principles for a stable and prosperous world, underpinned by tolerance and democracy, are being jettisoned and in their place is a growing void.

We don’t have to look too far to see this playing out: Trumpism, Brexit, Turkey, Hungary and a European Union that is struggling to forge a coherent response to Covid-19. This disorientated international order is perfectly captured by the French term déboussolé: a world whose compass is spinning.

Into this void has stepped first China and more recently Russia. The unipolar world greeted by many after the collapse of centrally planned economies in 1989 — the “end of history” — turned out to be a mirage.

Global hegemony by the US after the end of the Cold War, like any monopoly, was not a particularly healthy outcome. Certainly not with Donald Trump at the helm. Now the US flip flops between retreating from global leadership and squaring up to China’s creeping imperialism, while cosying up to a roguish Russia. This is hardly a recipe for economic stability or peace.

The collapse of the Soviet Union lulled the West into a false sense of omnipotence. The hope that market forces would ineluctably lead to a corresponding loosening of political freedom in Russia and China is in tatters.

For China in particular the momentous events of 1989 were an emphatic warning which it has taken to heart: loosening the Communist Party’s grip at home poses a mortal threat to its survival. The enemy for Beijing and Moscow was and remains liberalism. This is not a secret. It is a strategy.

Out of this realisation has emerged an approach adopted by both former communist adversaries increasingly in tandem: to create an alternative world order that actively undermines the liberal economic model and favours — or at least does not oppose — autocratic regimes that embrace capitalism.

This is not a coincidence. China and Russia now cooperate widely. The idea of re-creating a multipolar world was first discussed by the old communist adversaries in 1997, when Chinese President Jiang Zemin met his Russian counterpart Boris Yeltsin. Putin and Xi have taken it to the next level.

They are building a network of bespoke initiatives, institutions and regional organisations that will forge an alternative international coalition stretching from the Sea of Japan to the South Atlantic.

This accretion of soft power is backed by carefully military interventions, calculated to challenge (and rile) the west but not to provoke a conflict: Syria, Crimea, Ukraine, the South China Sea. Countries in the developing world with copious natural resources, strategic positions or both are being enticed with lucrative alternatives to the western patronage that defined the 20th century.

This assault on the liberal economic order is finding favour not just in the failed states of the Middle East, Africa or the favellas of South America. It is also garnering support among countries once solidly in the western fold: Turkey, Hungary, the Philippines. And strikingly it has also attracted the attention of Iran, where the theocratic mullahs are on the verge of signing a $400bn economic and security partnership with Beijing’s Godless communists.

The Belt and Road initiative, President Xi Jinping’s signature project, is creating a vast network of client states often by pressuring poorer countries into accepting debt for equity swaps, which leave them in a debt trap.

Earlier this month Christopher Wray, Director of the FBI, said that China, now seen as America’s main military threat, is “engaged in a whole-state effort to become the world’s only superpower”.

Their methods are as follows:

Franklin Roosevelt defined the world order that rose from the ruins of World War II with this simple dictum: national well-being and international cooperation are two sides of the same coin.

“Economic diseases” Roosevelt wrote prophetically in his letter to the Bretton Woods Conference in 1944, “are highly communicable. It follows, therefore, that the economic health of every country is a proper matter of concern to all its neighbours, near and distant”. Bretton Woods sought to end what then Treasury Secretary Henry Morgenthau called economic nationalism. That ethos now hangs by a thread.

Multiple shocks have accelerated this political and social introspection: the 2008 financial crisis; the uneven benefits of globalisation; the exodus of refugees from a fractured Middle East and failing states in Africa and Asia; and now the long-foretold pandemic wrapping itself around the globe, threatening yet another global economic downturn.

This collapse in trust is contagious. But it is not new. Even before Trump, the US was tiring of its hegemonic role as the leader of a liberal international order. Trump was pushing at an open door.

The retreat of the liberal spirit poses a danger to our well-being as free citizens. But it also makes it much harder to tackle the common problems we face. This requires the free exchange of ideas. Surely we have learnt this much from the pandemic.

The only power on earth that has the reach and the power, for the foreseeable, future to corral countries into renewing their vows to a liberal, tolerant, stable world order is the United States. Should he win in November — and it’s a big if, given Trump’s propensity for mischief — one of Joe Biden’s first acts should be to convene a meeting of the world’s principal democracies to do just that.

Bretton Woods China Russia The US The West