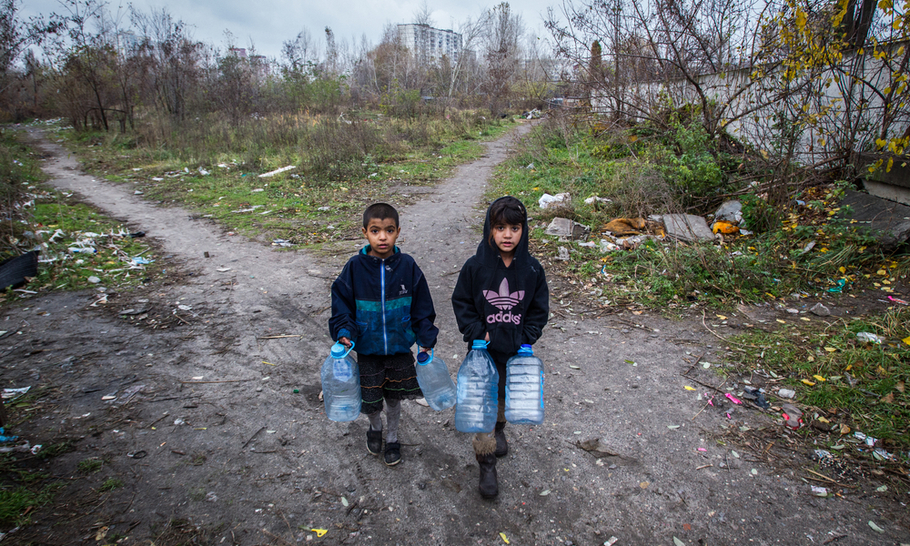 Last month the European Council agreed its new Roma integration strategy, as the EU’s institution-wide policy from 2011 expires this year. But there’s little to be optimistic about. If anything, persecution of the Roma has worsened over the last decade.

Public sentiment is one measure. A Pew Research poll in 2017 found that only 37 per cent of people in central and eastern Europe — home to most Roma, Europe’s largest ethnic minority group — would accept a Romani as a neighbour, and only 19 per cent as a family member. More than 80 per cent of Italians hold “unfavourable” views of the Roma, as do more than half of all Greeks, Hungarians and French, and some 45 per cent of Britons and 37 per cent of Dutch.

Legislation is another. The most extreme example comes from Bulgaria where the government wants to introduce a law restricting the number of children Roma women can have and segregate them in “reservations” which could be used as “tourist attractions,” in the words of the country’s Deputy Prime Minister, Krasimir Karakachanov. He also said last year that “we need to undertake a complete programme for a solution to the Gypsy problem,” a comment that has some deeply unnerving resonances.

The Roma genocide by the Nazi regime cost the lives of an estimated third of the entire Romani population in Europe. Things improved for them under the communist regimes of the Eastern bloc, where there was regular work and the authorities were keen on downplaying racial tensions for the sake of workers’ solidarity. Once communism fell in 1989, however, the Roma were often the main losers; several eastern European states first tried evicting them en masse, before deciding instead on segregation.

Today, in more than a dozen Slovakian cities, walls have been built to segregate Roma and non-Roma communities. One EU study in 2016 found that employment rates for the Roma were almost half the level of the general population in central and eastern Europe, while another discovered that 29 per cent of Romani children in Bulgaria, and a quarter in Slovakia, attend schools where all other classmates are Romani. The regional average of Romani aged 16 to 24 without jobs or training rose from 56 per cent in 2011 to 63 per cent in 2016.

Western Europeans are also culpable. Former French Presidents Nicolas Sarkozy and Francois Hollande, for instance, both orchestrated anti-Roma campaigns. The number of children from Roma families taken into care in Britain rose by 933 per cent between 2009 and 2018. The average across all backgrounds was 19 per cent, as the Guardian reported. British readers may well have seen the Roma depicted in the popular series Peaky Blinders, which not only characterised them, as usual, as gangsters, crooks and vagabonds, but the cast reportedly spent most of the time speaking broken Romanian, not a Romani language.

As might be clear in these few examples, anti-Roma prejudice is not just formal and institutional but also deep-rooted in European culture. Indeed, not only is the EU trying to sort out a situation where social exclusion has been mandated by governments for decades, it is also trying to change centuries of prejudice. Its new strategy is detailed, necessary and, no doubt, heartfelt, but questions must be asked of how worthwhile it is to make member states commit to bland promises about “social inclusion” and “holistic” or “intersectional” approaches, especially when it seemed to do so little the last decade.

What may be far more beneficial in the long-term is for Brussels to commit more funds to raising awareness about the history of Roma prejudice in Europe and also about the culture and successes of the Roma. It seems to be that Brussels might be able to effect some progress in the legislation of its member states, but prejudice is so deep-rooted that it will take generational change to rectify.

Reshaping public opinion is going to be the main task. There must be more EU funding for Romani newspapers and radio stations, for Romani art and film festivals, and of museums. The Museum of Romani Culture in Brno, the Czech Republic’s second city, is one of only a handful of dedicated museums to Roma culture (and is well worth a visit if you ever find yourself in southern Moravia).

Perhaps the easiest place to start would be in schools. A recent return home to London allowed me to dig out my old secondary-school history textbooks, as well as the course outline of my undergraduate history degree. The only instance of any teaching about Roma issues I could find was a short, one-page case study in a GSCE history textbook about the “Pharrajimos”, the Romani name for the Nazi’s Roma genocide. I left almost 15 years of history education knowing next to nothing about Europe’s largest ethnic minority.