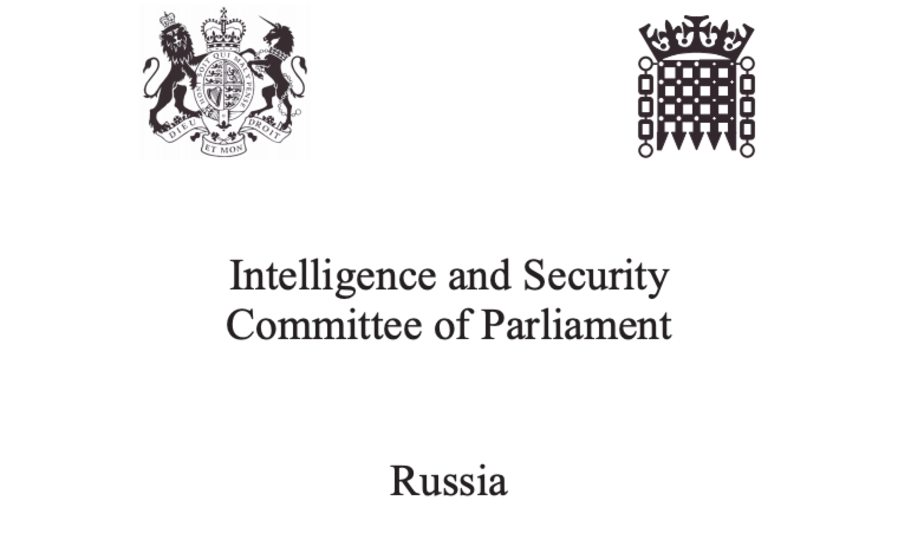 Today, the Intelligence and Security Committee released its report on Russian interference in Britain. Its findings are extremely worrying. The report had been delayed by the government for several months for reasons that were today rejected and called “untrue” by members of the Committee. As a result, the report was not released before the 2019 election. According to Committee members, it should have been  released immediately — the contents of the report make clear why the government may have sought to delay it.

The report examines the reaction of both government and the security services to the result of the 2016 Brexit Referendum. Its findings are cause for concern. The report states that when the Intelligence and Security Committee asked the domestic security service for information on Russian interference in the Brexit vote, “MI5 initially provided just six lines of text”.

The report said that, “The brevity was… to us, again indicative of the extreme caution amongst the intelligence and security Agencies at the thought that they might have any role in relation to the UK’s democratic processes, and particularly one as contentious as the EU referendum.”

“We repeat that this attitude is illogical; this is about the protection of the process and mechanism from hostile state interference, which should fall to our intelligence and security Agencies.”

In other words, MI5 did not investigate the possibility that a foreign power meddled in an election and the government did not direct them to do so.

After the US election, during which the Democratic party was subject to a hacking attack by Russian entities, the US security authorities conducted a full enquiry. “It was only when Russia completed a ‘hack and leak’ operation against the Democratic National Committee in the US — with the stolen emails being made public a month after the EU referendum — that it appears that the Government belatedly realised the level of threat which Russia could pose in this area.”

“It appears that the Intelligence Community did learn lessons from the US experience, and HMG recognised the Russian threat to the UK’s democratic processes and political discourse…”

But the UK security services did not conduct a comparable investigation into Russian threats to British democracy. “Had the relevant parts of the Intelligence Community conducted a similar threat assessment prior to the referendum,” the report says, “it is inconceivable that they would not have reached the same conclusion as to Russian intent, which might then have led them to take action to protect the process.”

The report concludes that, “The written evidence provided to us appeared to suggest that HMG had not seen or sought evidence of successful interference in UK democratic processes or any activity that has had a material impact on an election, for example influencing results.”

This is a very significant statement. It confirms that the government did not know — and did not want to know — about the possibility or the substance of any Russian interference in British democracy.

The report also examines the extent of Russian financial and corporate corruption in Britain. It states: “Several members of the Russian elite who are closely linked to Putin are identified as being involved with charitable and/or political organisations in the UK, having donated to political parties, with a public profile which positions them to assist Russian influence operations.”

It adds that, “It is notable that a number of Members of the House of Lords have business interests linked to Russia, or work directly for major Russian companies linked to the Russian state — these relationships should be carefully scrutinised.”

The report’s language is direct and unequivocal. Russia has sought to corrupt British elections. Our government has since done nothing about it. The question now is why?