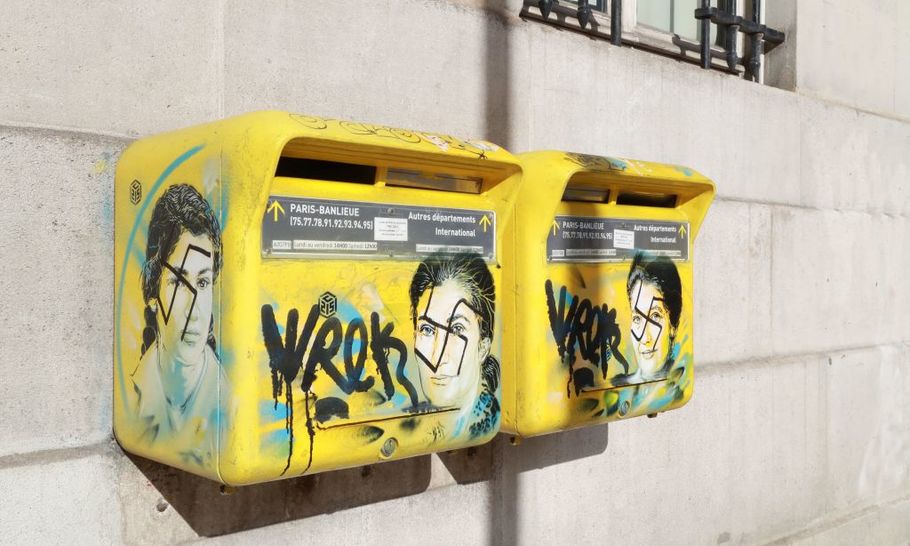 Europe is in the grip of a rage that threatens to destroy everything it stands for, but which it does not understand. That rage comes from the far Left and the far Right, from Muslims and Christians, from town and country. It is a ghost from the past and a harbinger of the future. It is anti-Semitism.

The French philosopher Alain Finkielkraut is no stranger to anti-Semitism. As a Jew, a Zionist and one of his country’s leading public intellectuals, he has endured hatred and hostility all his life, especially since 2005, when he criticised official hypocrisy over the wave of violence perpetrated by young Muslim inhabitants of the banlieues, the suburbs of Paris. He is a man of courage, who has always defended Western values in a land where the intelligentsia has often betrayed them. And he has paid a price for his integrity.

On Saturday Finkielkraut watched a march in Paris by about 5,000 gilets jaunes, the yellow-jacketed protest movement against the government of Emmanuel Macron. When the protestors recognised the philosopher in the Boulevard Montparnasse, they screamed “dirty Jew” and “bloody Zionist” at him. Their torrent of anti-Semitic abuse was caught on a video that went viral and provoked a response from President Macron himself, who condemned it as “the absolute negation of what we are and what makes us a great nation”, declaring: “We will not tolerate it.”

Finkielkraut himself said: “I felt absolute hatred and, unfortunately, this is not the first time. I no longer back these demonstrations, it’s becoming grotesque. It’s a movement that no longer knows how to stop.” He added that the abuse had come, not from the original gilets jaunes, whose cause he had supported, but from the far Right and also pro-Palestinian protestors from the banlieues.

Macron was quick to tweet in support of Finkielkraut, the grandson of Holocaust survivors, both because the philosopher’s criticism of his policies has been damaging, but also because the President has himself been the target of anti-Semitic conspiracy theories. As many as 44 per cent of self-identified gilets jaunes believe that the world is ruled by Zionists. They see Macron as a puppet of his former employer, the Rothschild bank. Some 22 per cent of the French public as a whole agrees with them.

These conspiracy theories are surfacing in a country where, in living memory, Jews were rounded up by French collaborators and sent to Nazi death camps. But France is not alone. Similar levels of anti-Semitism are found across the Continent by survey after survey. The ghost of the oldest hatred has, it seems, never been exorcised.

This really matters. For if Europe is not prepared to defend its remaining Jews — a mere 2.4 million people compared to the pre-war population of nine million — then they will leave. This would be a catastrophe for them, but an even worse one for Europe.

French Jews have indeed been emigrating in large numbers for a decade or more, since Islamist terror targeted them. But all over Europe, Jews repeatedly tell pollsters that they are experiencing anti-Semitism as a fact of everyday life. Many are considering emigration to Israel or the United States. None feels safe on a continent with a fast-growing Muslim population, many of whom have imported hostile attitudes towards Jews from their countries of origin. The problem, though, goes wider and deeper. Finkielkraut is among those to have criticised the European establishment for its craven attitude towards Islamists and its betrayal of Israel.

What is to be done? Clearly, Europe has done a lousy job of educating young people, whatever their origins. But we are also confused about how to go about this task. A distinguished Jewish academic in America recently told me that the constant reiteration of images of the Holocaust, reinforced by school visits to camps, museums and memorials, might be counter-productive. “I don’t want people to be indoctrinated with the idea that the Jews can all be killed,” she said. “I want them to see that we are normal people, that Israel is a normal country, that Jews are neither victims nor manipulators, but just like everyone else.”

She has a point. It is essential that Europeans learn about the Holocaust, yet it is not enough. They also need to learn how Jews have survived and flourished since. And that means accepting and, yes, embracing the State of Israel as the Jewish homeland promised by the Balfour Declaration a century ago.

A spectre is haunting Europe — the spectre of anti-Semitism. Unless it is exorcised, it will destroy us.