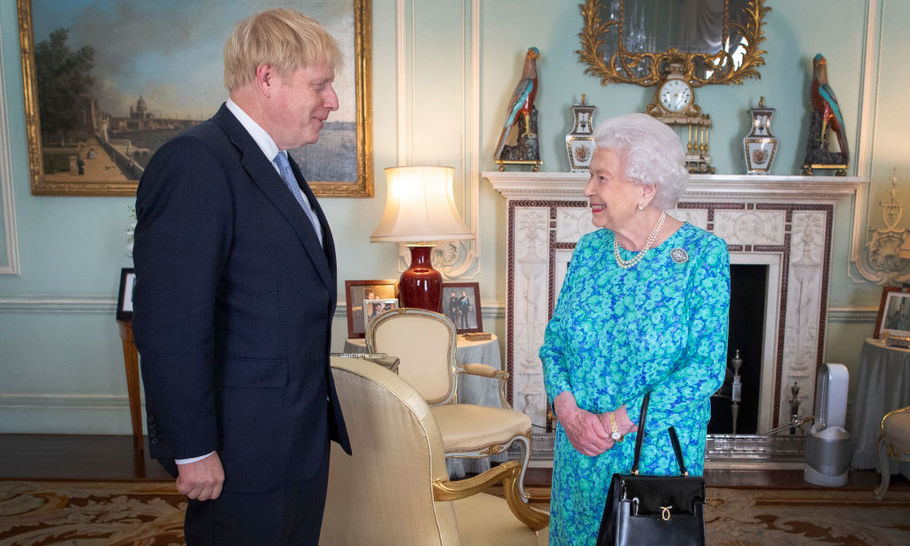 Everyone loves a courtroom drama and the one now being played out in Westminster is quite a spectacle. No wonder millions of people, many of whom perhaps only recently discovered that Britain had a Supreme Court, are watching its deliberations live-streamed. The eleven justices are not only adjudicating between Parliament and the Government; they are also sitting in judgement on their own constitutional role. The Supreme Court must now decide whether it is indeed supreme.

To understand what is at stake this week, we need to travel back in time to the very origins of the English state. (Great Britain did not emerge until many centuries later.) The principle established by Magna Carta, that the king is not above the law, was in fact much older; the charter merely codified it.

Today we speak of the rule of law, especially in countries that cherish the common law. But the idea that the king is not above the law did not imply that the courts were above the king. The courts were created and appointed by the king to dispense justice. Only later did the doctrine of judicial independence emerge. Judges were there to interpret and apply the law; they created it only by the accretion of precedent. The law might be eternal, but courts were ephemeral.

The “high court” of Parliament evolved into the means by which the king was held to account. Democracy gave Parliament legitimacy and enabled it to exercise control over ministers. But at the heart of the British political system is the notion that the Queen’s Government must be carried on. Not even Parliament, and certainly not the courts, are entitled to subtract from the sovereign powers by which the monarch, acting through her ministers, governs the country and passes down through the generations. Those powers derive ultimately from the people. Vox populi, vox Dei, as the medieval canon lawyers to whom we owe so much, used to say: the voice of the people is the voice of God.

This is the reason why the 2016 referendum was so important. In the four decades of our membership of the European Union, too much sovereignty had flowed away from national and into supranational institutions. Against the urging of both executive and legislature, the popular verdict was to leave the EU and restore sovereignty to the nation. Parliament has so far prevented the Government from giving effect to that verdict. The Government has reacted by seeking to remove parliamentary constraints on its freedom of action. Now the courts have been mobilised to reimpose these constraints — not merely temporarily, but permanently.

The Supreme Court, only 15 years old, is being asked to decide where sovereignty resides. Can the Prime Minister, using the Queen’s prerogative powers, prorogue Parliament to give effect to the referendum vote for Brexit? Or can Parliament overrule the Government and the people? To put the question another way: is the United Kingdom under the jurisdiction of Parliament alone, or of the Queen in Parliament? Under our unwritten constitution, who is sovereign?

The arguments being made before the Supreme Court touch on these wider questions. The Government following the High Court’s opinion, argues that the courts have no right to intervene in the sphere of “high politics”. Lawyers for the plaintiffs, led by Gina Miller, use much grander — some would say grandiose — language. Lord Pannick opined that, parliamentary sovereignty being “the foundational principle”, the “junior partner” (ministers) cannot use their powers to prevent “the supreme body from performing its constitutional functions”. This inadvertently scatological metaphor caused one of the justices, Lord Carnwath, to ask for a precedent. Lord Pannick dismissed such objections: there could be no precedent because no Prime Minister “has abused his power in the manner in which we allege in at least the last 50 years”. Lord Pannick advanced ever more outlandish arguments, including the suggestion that the Prime Minister might exploit a favourable judgement by the Supreme Court as carte blanche to prorogue Parliament indefinitely. Boris Johnson, he implied, is an Adolf Hitler in waiting.

This is the language of judicial activism, familiar from America, but also from Europe. The suggestion is that only judges can preserve freedom, democracy and the rule of law against “elective dictatorship”. The latter is a phrase, now recycled in the Times by Lord Finkelstein, that was popularised in the 1970s by a Tory Lord Chancellor, Lord Hailsham, to warn against the excesses of a Labour government led by Harold Wilson and Jim Callaghan. With hindsight, it is hard to see what Hailsham was worried about, certainly compared to their successor, Jeremy Corbyn.

Elective dictatorship is a bogeyman — and a bogus one at that. A greater threat to freedom and democracy than Boris Johnson, who can be removed from office by the voters, comes from overmighty courts, which cannot. The Supreme Court is at least a British institution, subject to the laws that it exists to interpret. At present, however, it remains subordinate to the European Court in Luxembourg, to whose judgements it is bound to give precedence. Europe’s judicial activism, which stems from a history of real dictatorships, has given British lawyers the idea that the courts may and indeed must intervene in politics. Otherwise, Britain is just the Weimar Republic without jackboots.

Judicial activism is a very bad idea indeed. Nor is it British. The Supreme Court now has the opportunity to show that it is not a vehicle for judicial activism — that it has no ambition to become a constitutional court on the American model.

There is another reason why the eleven justices might think twice about aggrandising their own status. The Queen, to whom they have all sworn allegiance, could not but be dismayed if, at the end of her uniquely long reign, her relationship with her Prime Minister were to be subjected to judicial scrutiny and interference. The Queen does not require the permission of our learned friends to decide whether or not to prorogue Parliament.