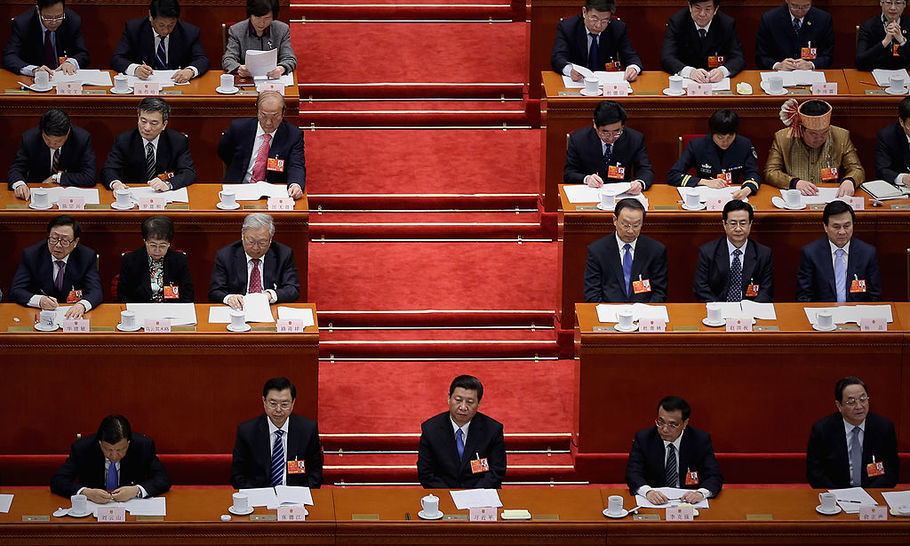 Writing in these pages on 18 August, Charlotte Littlewood described the “genocide” that is under way in Xinjiang. The Chinese Communist Party (CCP) imposes forced labour, punishes any practice of Islam, loads blindfolded Uighur men onto trains for transportation, and sterilises women. A million people are thought to be imprisoned in “re-education/assimilation centres” serving as internment camps where they are subject to interrogation and torture. Is the CCP involved in the cultural genocide — or just plain genocide — of the Uighurs? Or should its other crimes provide the substance of indictments in international law?

In an ideal world the perpetrators of China’s alleged crimes against the Uighurs would be referred to the International Criminal Court (ICC) in the Hague. Charlotte Littlewood is right: it won’t be the Muslim states which press for this to happen. And neither do passionate public letters, finely judged protests from democracies or Trump’s sanctions on complicit Chinese companies, appear to have achieved anything.

The rule of law remains central to the European vision. Does international law offer the Uighurs any hope of remedy? There are several legal possibilities. The charge of genocide, used by Littlewood, is one of them. Raphael Lemkin, a Polish lawyer, introduced the term genocide into legal debate in his 1944 book Axis Rule in Occupied Europe. His original definition of genocide was: “a coordinated plan of different actions aimed at the destruction of essential foundations of the life of national groups, with the aim of annihilating the groups themselves”. Lemkin saw cultural genocide as a key element of physical genocide because it defined the identity of the group to be exterminated. Poland’s post-war trials referred to “cultural extermination” and “religious and cultural repression”. Lemkin’s long campaign to get genocide recognised as a crime, his sheer perseverance, resulted in the UN Convention on the Prevention and Punishment of the Crime of Genocide, the international treaty of December 1948.

The 1994 UN Declaration on the Rights of Indigenous Peoples, adopted by the General Assembly in 2007 also looks applicable to the Uighurs. Article 8 refers to the “right not to be subject to forced assimilation” and, without using the words, spells out almost everything which would be understood as “cultural genocide”. Under the pretext of countering terrorism, Uighurs in Xinjiang are experiencing violations of every aspect of Article 8 of the Indigenous Rights Declaration. (The CCP might claim that the Uighurs originated in north-central Mongolia, and that they aren’t indigenous to China having arrived within the territory of the Han dynasty in the ninth century.) With both ancient history and the definition of “indigenous” contested, this particular UN Declaration would not provide the Uighurs assured legal shelter.

The UN 1948 Genocide Convention does leave the CCP vulnerable to claims that by using sterilisation and abortion they are imposing “measures intended to prevent births within the group”, an act “intended to destroy in whole or in part… a religious group”. Intention is notoriously difficult to prove, and the CCP already has a record of coerced sterilisation nationally as part of its “one-child” policy. It might argue that there is a need for national population control measures aimed at an ethnic group with a high fertility rate. However, it does appear that the intention of the CCP’s policy towards the Uighurs is to destroy its religious and thus ethnic identity.

Charges of “crimes against humanity” and violations of individual rights have been used in the past, instead of attempting to prove that mass killings were an attempt to destroy one particular group and were therefore genocidal. But there was also a more general anxiety that a focus on crimes against groups could undermine the foundation of individual human rights. This was one reason why, at the Nuremberg trials, Nazi leaders were charged with “war crimes” — which included, amongst others, the charge of elimination of groups. The explicit use of the term “genocide” occurred in the Nuremberg indictments under this heading of “war crimes”, but was generally soft-pedalled.

Speculating about what charges China could face is one thing; bringing a charge is quite another. Implementing the 1948 Genocide Convention requires international intervention. After US troops had been killed seven months previously during a military intervention in Somalia, President Clinton notoriously prevented US diplomats from using the word “genocide” when referring to Rwanda, because it implied an obligation to intervene. The UN Security Council set up a special international criminal court in Arusha, Tanzania in November 1994 to try key Rwandan genocidaires. It took a long time but there were successful genocide convictions.

The establishment by an international treaty called the Rome Statute of the International Criminal Court (ICC) in 1998 was a turning point. The Americans did their level best to block it. I was at a Foreign Office reception when a panicky official rushed up to the senior diplomat I was talking to and, ignoring my presence, indiscreetly told him that Bill Clinton had been ringing, trying to get hold of Tony Blair. It was Clinton’s last-ditch attempt to get the UK to withdraw support from the ICC. The blanched senior diplomat made his excuses and rushed off. Clinton failed to move Blair.

Establishing the ICC finally realised Lemkin’s war-time goal. Genocide became explicitly included as a fourth category of indictable crime in international human rights law. Since then, the crime of genocide has established itself as part of the legal architecture of international law. Radko Mladić followed Radovan Karažić into the dock and both were found guilty of genocide for the Srebrenica massacre. In 2018 the Khmer Rouge head of state, Khieu Samphan and his deputy, Nuon Chea, were convicted of genocide. They were tried in a court with international and Cambodian judges, known as the Extraordinary Chambers in the Courts of Cambodia, set up in 2006.

International relations have become coloured by the language of international human rights law, even when applied to the distant past. The German Development Minister, Gerd Mueller, visiting Namibia in August 2019, admitted “that the crimes and abominations from 1904 to 1907 were what today we describe as genocide”: 65,000 Herero and 10,000 Nama, some 75 per cent of these peoples, were machine-gunned, their wells poisoned, civilians driven into the desert to die, by German colonial military forces. Against this background, King Philippe of Belgium has now spoken of the “violence and acts of cruelty” in the Congo under Leopold II and there is now pressure from Black Lives Matter for reparations.

China today is destroying the culture, religion and identity of over one million Uighurs. Although 123 UN member states have ratified or acceded to the Rome Statute, China and USA, unwilling to cede any national sovereignty, have not. The Russians signed but never ratified and withdrew their signature when the court described the Russian presence in Crimea as an “occupation”. Who will dare to bring a charge of cultural genocide? China sits on the Security Council and can, and does, veto referrals of cases to the ICC. Germany and Belgium may be prepared to admit to old crimes, maybe even Britain, but China is not about to put itself in the dock.