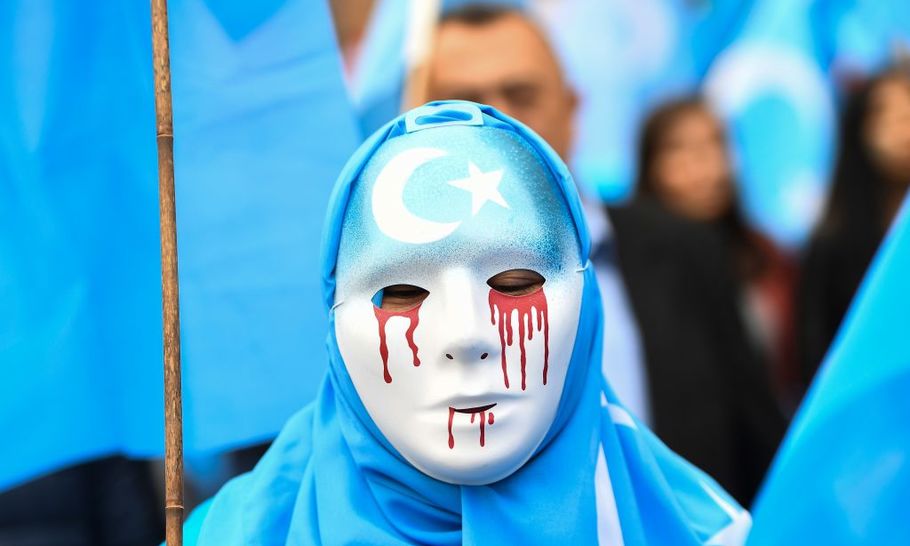 The apparent genocide against the Uighur Muslims in China has been shocking for so many reasons — not least the silence of Muslim states. The response to those considered to have insulted Islam is a state imposed death threat (Fatwa). What is it that makes the response to China and its treatment of the Uighurs so very different?

Since 2017, Uighur Muslims have been rounded up and imprisoned in “re-education camps”, educating its prisoners to be loyal nationalists. There are 39 camps, according to satellite imagery of Xinjiang province, which hold around one million Uighurs. Former detainees have described interrogations, torture, crowded cells and a brutal daily regimen of Communist Party indoctrination, that drove some people to suicide.

Beyond the camps there are reports of disappearances and of women being forcibly sterilised, a sure indicator of ethnic cleansing. The UN definition on genocide includes acts such as: killing members of a group, imposing measures to prevent births within a group and causing bodily or mental harm to members of the group. China’s actions in Xinjiang qualify.

The response to an apparent genocide has been generally slow, in some cases absent. Some nations have gone as far as to condone China’s actions. Awareness of the position of minority groups in China is one reason for the slow response. China has restricted access to foreign journalists, reporters have largely been left to rely on accounts of escapees and the diaspora as well as satellite imagery to piece together what is going on there.

There is a real threat against any activist who takes up the cause of religious freedom in China. Dubbed the 709 crackdown after the date on which it began, over 300 lawyers, activists and their associates have been detained, interrogated or imprisoned. Those who have been released report physical and psychological torture, including frequent beatings; sleep deprivation, forced medication, violent threats, and prolonged isolation. Many others join the long list of disappeared.

But state responses to the Uighur outrage revealed a deep hypocrisy. Most hypocritical was that of the states that have traditionally been so forthright in their claim to stand for global Muslim rights.

Iran famously declared a Fatwa against Salman Rushdie, just as in the aftermath of the terrorist attack on Charlie Hebdo numerous high officials of Muslim states made remarks as to the blasphemous nature of western media. So far, Muslim states have taken a stronger position against “blasphemous” prose than against the Uighur genocide. AS Nick Cohen, the political commentator, put it in the Guardian:

‘Their hypocrisy is almost funny… Iran, Egypt, Syria and dozens of other countries… will give concentration camps a conniving wink of approval, but draw the line at cartoons in a Danish newspaper.”

But it is more than a silence; some states have actively supported China. Pakistan, Saudi Arabia, Egypt, the United Arab Emirates, Algeria and other Muslim-majority states blocked a western motion at the UN calling for China to allow journalists access to Xinjiang province in 2019. Saudi Arabia, defender of Muslims across the world and protector of two of the most holy Islamic shrines, has backed China’s treatment of its own citizens. Crown Prince Mohammed bin Salman stated: “China has the right to take anti-terrorism and de-extremism measures to safeguard national security… Saudi Arabia respects and supports it and is willing to strengthen cooperation with China.”

Of the Muslim states Turkey is considered closest culturally and linguistically to the Uighurs. However Turkey has gone from publicly condemning Beijing to now helping China to repatriate Uighur Muslims. The shift is related to Turkey wanting a key role in the “belt and road’ initiative, China’s vast global infrastructure project, to set up transport systems and hubs to help export its vast manufacturing output. China plans to invest heavily in over 70 countries — the proposed China-Turkey link will pass directly through Xinjiang province.

For Iran it is geopolitical, China is a key ally in its opposition to the US. Taking a stance against China simply does not fit the old, belligerent anti-Western narrative, which has played so well in domestic politics.

China is now one of the worst places in the world for religious freedom. It is committing genocide against its Muslim minority. But it seems China is too important an ally to lose for the Muslim states — and the Uighur Muslims are not important enough.