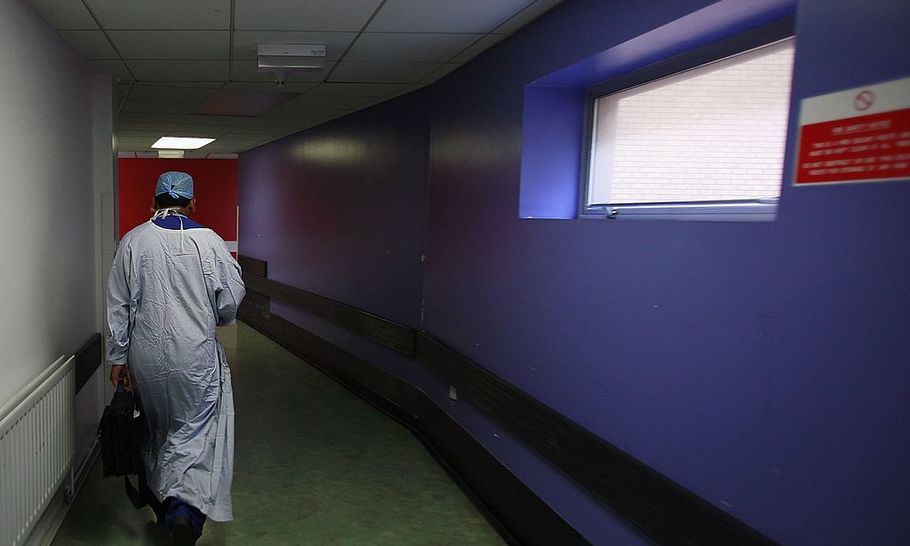 The NHS is not for sale. Read the Tory manifesto or ask any government minister: Liz Truss, Trade Secretary; Matt Hancock, Health Secretary, Jeremy Hunt, the longest serving Health Secretary; Chancellor Rishi Sunak who said recently: “Never has been. Never will be”. That, as we shall see, is one version of the truth.

Even Donald Trump is on message. Chastened after saying that everything was on the table in a trade deal with Britain, he was persuaded to recant, telling ITV’s Piers Morgan: “I don’t see it being on the table.”

The question is of immediate and urgent relevance. The Brexit talks are not going well. A trade deal with the US is being quietly negotiated by Liz Truss, arch-free marketeer, who has been shuttling between Washington and London. An agreement with the US is the linchpin of Boris Johnson’s plans to find alternative markets after Brexit.

A deal with the US, whether under a Trump or a Biden presidency, is very likely to include opening up Britain’s public services to US companies. How could it not? Public services account for nearly 40 per cent of government spending or £312 billion. By far the biggest item is health at £130 billion. To suggest that this morsel is not on the menu strains credulity.

US negotiators have made it clear they regard European standards, in health and elsewhere, as “trade barriers”. To be successful, a trade deal will inevitably lead to levelling down. In this way, hard-core capitalism will come face to face with the ethics and values of an altogether different public service ethos.

But asking if the NHS is “for sale” is to put the wrong question. It’s the question the government wants its critics to ask. It implies — wrongly — that great chunks of the health service will be sold in a job lot to American companies. But you will not see a big “For Sale” sign outside your local hospital. Besides, in a pandemic it would be political suicide.

No — a trade agreement with the world’s largest and most ferociously competitive free market will be a seeding exercise. It would prepare the ground for American companies, some with dubious records, to source (yet more) lucrative health deals with an overstretched and cash-starved NHS.

The pertinent questions therefore are: how many NHS services have already been contracted out to US-owned companies; and would more US private sector involvement affect the quality and standards of healthcare for the people of Britain?

We can only judge by what we know. And what we know is not encouraging. Backdoor privatisation of public services and health in particular — also known as outsourcing — consistently fails to give value for money. Two areas of particular concern are mental health and confidential patient data.

The private mental health sector depends almost entirely on the referrals from the NHS to survive. Growth has been giddy, specifically to meet the growing demand from the public sector.

But exponential growth has brought profound problems. In its 2020 State of Care report, the Care Quality Commission stated: “Since October 2018 we have rated as inadequate 14 independent mental health hospitals and/or put them in special measures. This is an unacceptable situation”.

The pivot towards privatising NHS services began under the Blair/Brown New Labour government. But it took off in earnest after the 2012 Health and Social Care Act. The Act, one of the most fiercely debated Bills ever passed, set out profound changes to the structure of health services in England.

It introduced the concept of “Any Qualified Provider”, which in effect turned the NHS into a market. This offered patients more choice. But it also opened the door to healthcare providers who saw this deregulation as a commercial opportunity.

After decades of cuts, the NHS was driven to the private mental health sector by savage retrenchment, a chronic lack of community provisions and the prohibitive cost of building more facilities. It had nowhere else to go. This meant it failed a generation of mainly young people with autism and learning disabilities who became prisoners of a system defined by two complementary ideas: maximising profits and cutting costs.

People like teenager Bethany who, until her release earlier this year, spent three years in solitary confinement. She was held in a cell 10ft x 16ft, stripped naked to stop her self-harming and fed through a hatch. Beth and thousands like her are, literally, profit-centres for private mental healthcare providers who operate on threadbare staffing levels. The average yearly cost to the taxpayer is £150,000. Beth, who was in isolation, cost £700,000 a year. Beth is now out and happy at a fraction of that cost.

The US connection is central to this story. Britain’s largest private mental health provider, the Priory Group, is owned by Acadia Healthcare, a NASDAQ-traded company. In May 2019 Acadia agreed a $17million out of court settlement with the federal government to settle allegations of a complex fraud involving overcharging Medicaid. Acadia will not comment on individual facilities. It points out that none of its clinics have been decertified.

Acadia’s UK subsidiary, the Priory Group, has been the focus of repeated serious safeguarding incidents and closures over the past eight years. Its facilities have received persistently poor CQC ratings. This period has coincided with a period of turbocharged growth by the company specifically to become the NHS’s overflow provider of choice. Deaths in Priory facilities in 2012, 2015, 2016 and 2018 have been the subject of fines for health and safety violations and multiple criticism by coroners.

A spokesman for the Priory responded by saying that “there is no basis whatsoever to any suggestion that we put profit before safety. We strongly refute allegations that we cut corners.”

Another troubled US mental healthcare provider with an affiliate in Britain is the NYSE-listed United Health Services with 324 facilities worldwide of which 133 are in the UK.

UHS agreed to pay a staggering $127 million settlement in July to the US Department of Justice following a long-running criminal investigation into its billing practices. The company denied any wrongdoing. It said the settlement was not an admission of liability merely a resolution of a civil claim.

One of UHS’s UK subsidiaries is Cygnet Health Care. Like the Priory, it also provides secure accommodation for NHS patients. It too has been beset with scandals. In 2019 ten workers at its Whorlton Hall facility in Durham were arrested after a BBC Panorama documentary exposed shocking abuse of vulnerable patients.

In 2019 nine of Cygnet’s facilities were rated inadequate by the Care Quality Commission or placed in special measures. The CQC reported an unacceptably high use of physical restrain and “rapid tranquilisation”. It also stated that senior management appeared not to take the regulator’s concerns seriously. While all this was going on Cygnet’s Chief Executive Dr Tony Romero saw his pay increase in 2018 according to the company’s accounts from £508,000 to £925,000.

A Cygnet spokesman said: “As one of the largest and best quality providers in mental health care services in the UK, Cygnet Health Care’s focus is always on the best outcomes for those who use and commission its services. This is reflected in independent assessments of Cygnet’s facilities”

There are other areas where US private corporations already play an important role at the heart of our health system. The most significant is data. The UK’s single payer NHS system makes patient records exceptionally comprehensive and therefore hugely valuable.

A particularly alarming example is the UK government’s contract with the giant American multinational credit score agency TransUnion. Patients who wish to apply for a Covid-19 home testing kit on the government’s website must first have their identities checked by TransUnion.

TransUnion holds the records of at least 500 million people in more than 30 countries. In 2018 the company’s Hong Kong affiliate was forced to suspend its online services after a local newspaper was easily able to access the personal data of the city’s leader and finance minister including Chief Executive Carrie Lam.

In 2017 both TransUnion and Equifax were fined $23m by the US Consumer Financial Protection Bureau for deceiving customers about the usefulness of expensive credit score products.

American trade negotiators have been pressing for unrestricted access to Britain’s 55 million health records. This includes a demand that NHS patient data should not be “localised”. In other words, it can be stored on cloud servers abroad raising concerns about data privacy.

In July Tory MPs voted down a Labour amendment which would have legally guaranteed the UK’s ability to control medicine prices, maintain the current level of patient data protection and protect NHS staff wages and rights in any future trade deal.

The private sector’s overall share of NHS spending is still small-ish: ranging from around 8 per cent to twice that amount, depending on your source. There are areas where the NHS benefits from partnerships with the private sector, especially at a local level. But it far from clear that high-value, high-volume contracts deliver quality or value for money.

The Nuffield Trust believes a US trade deal is unlikely to lead to the end of a publicly-funded NHS, free at the point of use. Private companies will in any case only be interested in the highly profitable bits of the NHS which limits the scope of further privatisation.

But to pretend that the NHS or bits of it is not, and has not been for sale is dissembling. Whether by default or by design the trend towards backdoor privatisation has increased.

privatisation the NHS US healthcare