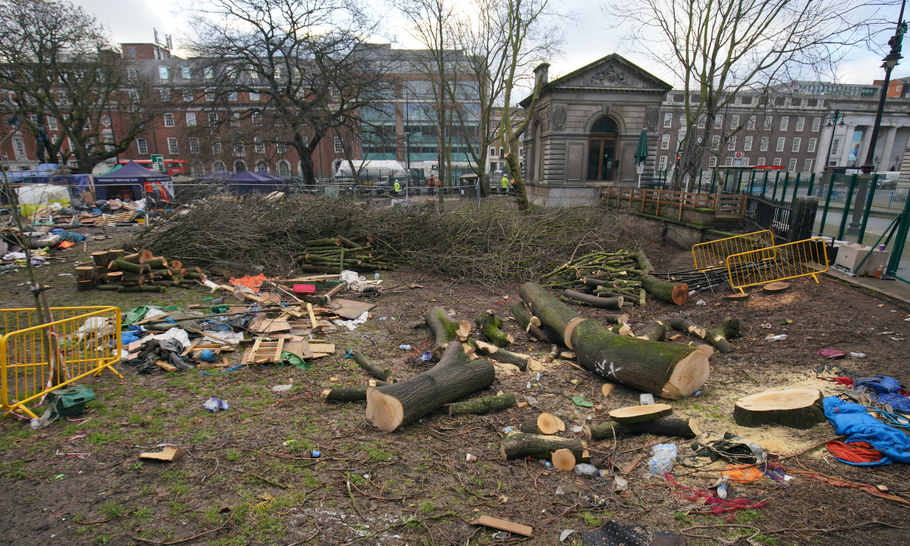 Rishi Sunak is that rarest of creatures in the menagerie of Westminster: a politician who is disliked by almost nobody. The Chancellor has certainly accumulated far more moral capital than he has cash in his depleted Exchequer. When he stands up to deliver his Budget tomorrow, he could get away with almost anything. Yet he still lacks a plausible answer to the question: how will we pay for the pandemic?

Tinkering at the edges of the public finances won’t cut it. Estimates vary, but the chasm of debt that has opened up is wider and deeper than anything that is politically palatable in the form of taxation, however stealthy. The cost of borrowing alone will squeeze not merely the rich but ordinary taxpayers until the pips squeak. So what else can Dishy Rishi do to balance the books?

The solution to the economic crisis is complex, but the fiscal crisis can be solved quite simply. When you are in a hole, the best thing to do is to stop digging. Literally, in this case. The Chancellor should announce that not a penny more of taxpayers’ money will be spent on HS2. And the land already acquired by compulsory purchase will be sold to the highest bidders.

The shock on the faces of his colleagues, particularly his next door neighbour in No 10, would alone be priceless. What? An end to the vanity project to end all vanity projects? One can imagine the uproar, the expostulations, the recriminations. But it would be an Emperor’s new clothes moment — with the teenage scribbler Sunak playing the part of Hans Christian Andersen’s little boy.

The first point is that, whatever may have been just about affordable a year ago is no longer so. Is it reasonable to ask all 31.4 million income taxpayers to stump up at least £3,376 each for a railway line most of them will never use and many of them won’t even live to see completed? That figure is based on the last official estimate of the cost of HS2, namely £106 billion. But nobody believes that it will stay within a budget that has already more than doubled. By the time the final phase of the project is due to be completed in 20 years’ time, it is anybody’s guess what the cost might be.

That first reason to call a halt leads on to the second: if British business needs this piece of infrastructure so badly, let the market pay for it. A moratorium on subsidies leaves the field open for venture capital, if rail really is the green alternative to road and air travel. The whole concept of a state-funded railway is as different from its Victorian forerunners as possible. Every one of our mainline railways was built by private capital, much of it highly speculative. Many investors lost their shirts. Nothing embodied 19th-century capitalism, red in tooth and claw, better than the great railway boom. So why should the 21st-century counterpart to that pioneering network be built on some kind of Stalinist, centrally-planned model? Is a belated, truncated, outdated version of the French TGV — the grand project of that architect of a United States of Europe, the late Giscard d’Estaing — the example that Boris Johnson wishes to hold up to the world as the best of post-Brexit Britain?

If we had the choice about how to spend such vast sums on the railways, few would blow it on shaving a few minutes off the journey times of business commuters between London, Birmingham, Manchester and Leeds. Restoring some of the branch lines that were closed in the short-sighted Beeching cuts of the 1960s would do far more to connect communities. And, as the SNP never ceases to point out, HS2 is irrelevant to most of the northern half of Britain, especially Scotland. Turning off the tap would impress the frugal Scots more than windy rhetoric about the Union.

What would impress our ever less United Kingdom far more than a 200 mph train to cities that are already well-served would be superfast broadband and mobile phone networks that actually covered the whole country. One prime minister after another has promised a cyber revolution since before the millennium; none has delivered. Does Boris Johnson really want to join that list? Unlike the synthetic PR for HS2, the cynicism that rural residents feel about the failure to connect them to the 21st-century (or even 20th-century) world is real. The sight of HS2 excavations encroaching on the countryside for the benefit of others, while they are left out yet again, has turned bitterness to fury.

That explains why the HS2 protests are touching far more of a nerve, especially outside urban Britain, than the Extinction Rebellion stunts of recent years. It is outrageous that more than a hundred ancient woods, precious landscapes and habitats of rare species can be destroyed without right of appeal. Even in London the impact is painful. Anyone who has driven past Euston in the past week will have seen the pitiful sight of magnificent plane trees there being felled (pictured), after protesters were removed by force. These trees are as old or older than the Victorian station that was demolished half a century ago; the ugliness of the building that replaced it will be all the more visible without their screen of leaves and branches. Or consider Wormwood Scrubs, the lungs of West London, part of which is now being dug up to make way for HS2’s Old Oak Common station. Everywhere along the route, communities have organised in a vain attempt to make HS2 Ltd abide by its statutory duties. But local authorities feel powerless against the Act of Parliament with which this public body bulldozes its way through England.

The environmental case against HS2 was always strong. What makes it overwhelming is the transformation of work during the pandemic. The whole idea of a high-speed rail network is predicated on people having to move from one high-tech hub to another to sit in the same room. That world has gone for ever. No company will splash out on First Class rail travel for its staff if they can do their jobs on Zoom. The business model on which HS2 was based is now as broken as the office blocks and conference centres it was intended to connect. Business travellers may not quite be dinosaurs, but they are going to be rarer and choosier about their trips.

“Believe me,” said Boris recently, “the British people will be consumed once again with their desire for the genuine face-to-face meeting that makes all the difference to the deal or whatever it is.” The Prime Minister may huff and puff about how we all need to be back in our workplaces within a few months, but he himself lives above the shop. Now that many more people have tried working from home, they won’t be lectured by their betters.

“Whatever it is”, it won’t need HS2. Chuck it, Rishi. Tell Parliament tomorrow that the Treasury is getting off the gravy train. The nation will thank you for it.