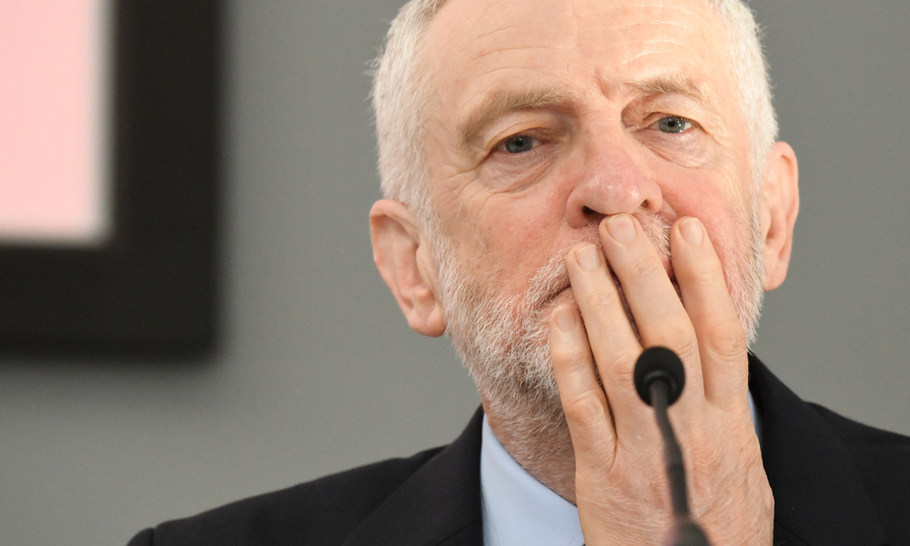 Despite Jeremy Corbyn’s call for a “period of reflection”, the Labour Party has flat-out refused to acknowledge the mistakes of the election campaign. Instead, it has put on the blinkers and is charging ahead as if nothing has changed.

Labour’s line is that Brexit — and Brexit alone — is responsible for the election result, an analysis that ignores post-election polling in which less than one in five Labour defectors cited Brexit as their primary concern. The Labour front bench appears convinced that voter flight was absolutely nothing to do with the party’s leadership, or its manifesto. Anti-Semitism? Never met the guy. Despite the fact that it is very clearly in Labour’s interests to consider a change of direction, the party is displaying a total lack of self-awareness.

The clear frontrunner in the leadership contest is Rebecca Long-Bailey, who might as well be Corbyn in drag. She holds a senior position in the current shadow cabinet and has long been viewed as the Crown Princess of Corbynism. She obviously espouses the same worldview as the not-so-magic grandpa and will carry forward his politics to 2024, long after Brexit is a distant memory. A Long-Bailey Labour Party would deliver yet another thumping defeat for Labour, but without a handy go-to European blame bucket.

Why is this party so determinedly beating itself into the ground? The answer lies with its membership, which is drastically out of touch with the electorate. The Labour Party is suffering from a stark lack of pragmatism. Idealism dominates. The persecution of the so-called “Labour right” has become so vicious that the Corbynites who now control the party — progressive Momentum goons and old-fashioned unionists, who are themselves locked in a never-ending vendetta — are entirely averse to make any concessions on the radical socialism of Labour’s politics.

They are so deeply invested in the Corbynite vision that they shut out anyone who dares to suggest that Labour should edge closer to the centre-ground if it ever wants to win another election.

The victor in the leadership contest will be, quite simply, the most convincing proponent of the Corbyn project — in this case Rebecca Long-Bailey. She is the perfect post-Corbyn leader, willing to mindlessly parrot the words of Jeremy and John without any of that unsettling “charisma” stuff. She will win over Labour members with ease. And then, in 2024, the British electorate will graciously be given a second opportunity to reject that brand of politics.

By contrast, the Conservative Party membership is remarkably in tune with the mood of the country. A few months ago, it backed Boris and Brexit, just like the population as a whole did a short while later. There were candidates in the Conservative leadership contest who were more right-wing than Boris, and candidates who backed a harder Brexit than him, but the Tory Party does not seem to suffer from the same disease of radicalism as Labour. It opted for a sensible candidate who is listening to people’s wishes — one who is moving on from Brexit and refocusing on domestic priorities like the NHS.

Backing a no-holds-barred radical right-wing free-market agenda in the Conservative leadership would not have guaranteed victory; far from it. However, backing the most radical socialist manifesto seen in a generation is an entry requirement in Labour’s contest. It is very difficult to conceive of Labour rejecting a leadership candidate for being too left-wing.

This point when Labour members are drifting further and further away from the mainstream has coincided with a period during which Conservative members are the mainstream. Unlike their Labour counterparts, Conservative members do not throw their weight behind the person offering the most radical politics. They also take into account real-world considerations, such as the fact that whoever they choose will have to appeal to the country as a whole, not just the party grassroots.

The Conservative Party is a broad church that has brought together people with vastly different politics, united behind common aims and values. Meanwhile, the Labour Party is totally controlled by a narrow ideological faction. Unless Labour can extract itself from the radical rabbit hole it has thrust itself into and wake up to the fact that there is absolutely no appetite in this country for the kind of hard-left government it is offering, it stands very little chance of improving its fortunes in the foreseeable future.