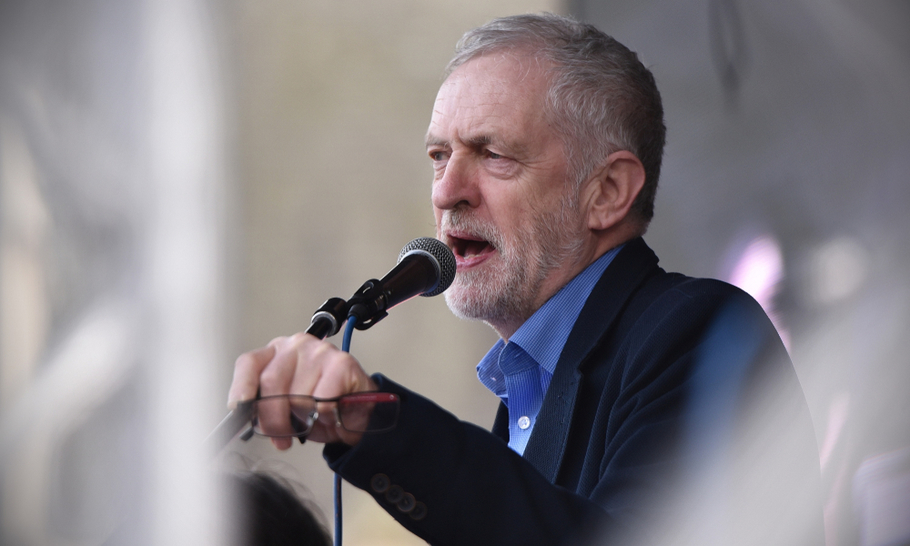 The Labour leadership race is still only just getting started. No . . . really. It may feel like it’s gone on for longer than the Cold War, but actually we still have seven weeks of this contest left to run. We’re currently in the no-man’s land between the nominations stage, which saw Emily Thornberry just fail to make the cut, and the ballots landing on members’ doormats on February 21. The actual contest doesn’t end until the April 4. We will be more than a quarter of the way through the Brexit transition year before Labour gets a fresh voice in Parliament.

The length of the contest is part of what’s making every aspect of it so unsavoury. The Labour Party is navel gazing, but only in the most superficial way, like someone contemplating a belly button piercing while ignoring their appendicitis.

Last week, the candidates managed to almost start a new chapter in the long and painful saga of anti-Semitism when they all attended a hustings hosted by the Jewish Labour Movement (JLM). Across the board, the candidates made attempts to apologise for the extraordinary pain caused to the community. They apologised for the Labour Party’s deafness to the obvious problem of anti-Jewish hatred within its ranks and the paucity of its response.

When the JLM’s members voted, Lisa Nandy — Chair of Labour friends of Palestine and the Middle East — came out on top. This seems to frame the beginning of this new chapter perfectly. It tells the bigots that this was never about ignoring the discussion of Palestinian rights, or highlighting bad policies enacted by a government in another country. It was about fighting anti-Semitism in all its forms.

There is a huge amount of work that still needs to be done by Labour on this, but there are signs of progress. But this is only the beginning of what will be a long and arduous process.

Tackling anti-Semitism is not only right in principle, but will be fundamental to the Labour Party’s long — long — journey back to power. The way it failed to handle this crisis didn’t only affect its relationship with the Jewish community, though this is obviously the most shameful aspect. It also showed that Labour was a party incapable of governing itself. As such, many voters considered Labour unworthy of governing the country. What was a crisis of morality became a crisis of competence too.

Sadly, elsewhere in the contest, the candidates seem less aware of the mountain that Labour still has to climb. They are largely playing to the crowd that elected Jeremy Corbyn. While most are making coded references and nudges about changes, their sense of the selectorate is such that they have all chosen the path of least resistance, opting to champion most of Corbyn’s policies even while saying that the 2019 manifesto was too crowded.

They come to praise Jeremy, not to bury him. At least one leadership and one deputy leadership candidate have said that Corbyn would serve on their frontbench. This is despite a strong feeling in the party that he would probably be a lot happier on the backbenches where he can pursue his political passion projects. He would also have plenty of time for his allotment.

This may be a sensible way to win over the Labour membership, but it will not win over a country that is deeply unimpressed with the Labour Party. I want to hear more from all the candidates about how they intend to do that. Tackling anti-Semitism is a bare minimum. The job will require a great deal more courage than is presently on display.