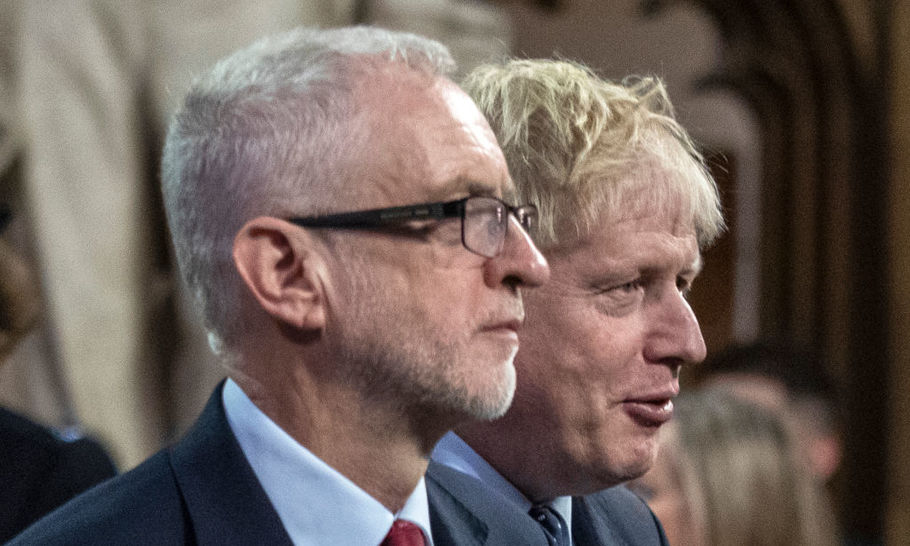 So December 12 will after all be polling day, after a campaign about which nothing is predictable except that it will be brisk and bracing. It should also be the last general election to take place under the shadow of Brexit. We are promised that this election will be the miracle when the paralysed body politic picks up its bed and walks.

It is easy to forget that the last election began with a consensus that Brexit had to be done, but ended with a hung Parliament that made it almost impossible. This time there is no consensus and instead of a two-horse race, there are four or five parties in contention. The likelihood is still that the Tories will emerge as the victors, but polling suggests that neither they nor Labour will reach the levels of support of 2017, when both were above 40 per cent.

Instead, we can expect a fight to the death for both Leave and Remain votes, with the Conservatives insisting that they alone can deliver Brexit, while Labour, the Liberal Democrats and the SNP dispute the title of champion of the remaining Remainers. At both ends of the Brexit spectrum, there are those who really do want to die in a ditch, but the country is keen to move on.

The prospect of two more referendums next year could be enough to sink Labour’s chances, unless Jeremy Corbyn can keep the media focus on his claim that Boris Johnson cannot be trusted not to engage in some nefarious conspiracy. The Labour line is that a Boris deal Brexit means selling off the country to Donald Trump. It is the far-Left equivalent of the Manchurian candidate, only with the Prime Minister as the agent of an American takeover: not a Red under the bed, but a Yank in a tank. Not many Labour MPs believe this stuff, but alarming voters about a Boris-Trump plot is better than scaring them with their own policies.

All talk of electoral pacts between the Tories and the Brexit Party is for the birds as long as Nigel Farage insists on his totemic policy of no-deal. Boris Johnson has united his party around the deal he negotiated with the EU and the last thing he needs is a splinter group of ultras to torment him in the next Parliament. But Farage won’t go quietly. He too will sow distrust of the Prime Minister, accusing him of being an establishment sheep in radical wolf’s clothing. The Brexit Party is still polling at 10 per cent and its disillusioned voters, many of whom have switched parties several times since 2010, are up for grabs.

The Liberal Democrats are hoping to win back dozens of seats from the Tories in London, the university towns and the South-West. Jo Swinson has imposed a hardline Revoke and Remain policy. She hopes that, having held out against the Withdrawal Agreement Bill, her offer to cancel Brexit will still have traction in Remain citadels. So far Ms Swinson has yet to display the charm of the most successful Lib Dem leaders, from Paddy Ashdown and Charlie Kennedy to Nick Clegg. She may be telling many voters what they want to hear about Brexit, but do they want to hear it from a party that cannot do a deal with anyone? It is hard to imagine a Swinson-led Lib-Lab pact with Corbyn, let alone a Clegg-style coalition with Boris. But without such a deal, a Lib Dem vote may be a wasted one.

As these columns have argued before, this election will be dominated by the outsize character of Boris Johnson. Though only in office for just over three months, he has been the biggest beast of British politics for a decade or more. This election cannot but be a referendum on his leadership. Not all voters have been convinced by his conjuring tricks, but nobody is indifferent to him.

Jeremy Corbyn, by contrast, has faded far more even than his advanced years might excuse. He now seems a damp squib compared to the firebrand who almost stole the last election from a lacklustre Theresa May. This campaign will inevitably be his last hurrah, but it may be his party’s too. The virus of anti-Semitism has been eating away at Labour’s nervous system. Anti-American hysteria is no substitute for moderate, practical policies to address the concerns of the working and middle classes. Don’t be surprised if the many abandon the few who have taken over their party.

Not all elections matter, but this one really will. Our choices will determine what kind of country we want to live in for generations to come. We should ignore politicians bearing gifts. This election is for life, not just for Christmas.