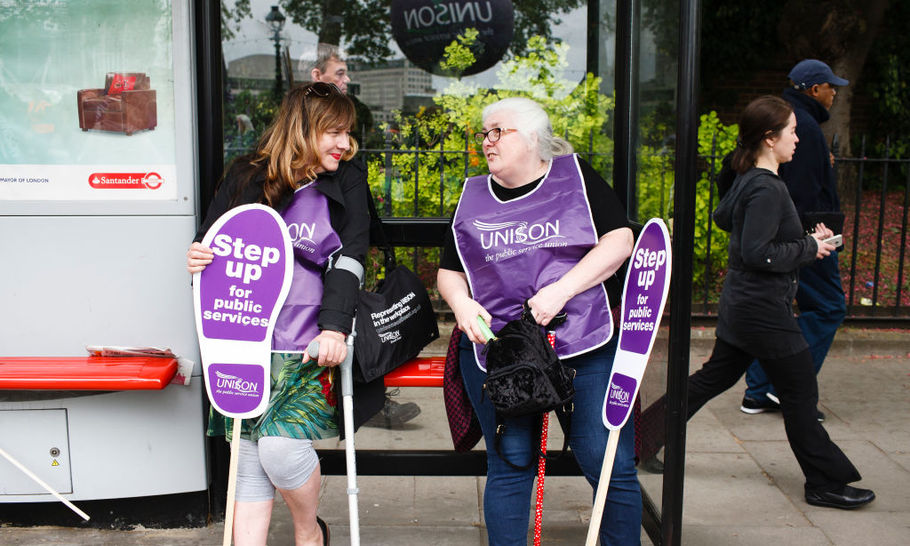 Last week the Trades Union Congress gathered in Brighton for their annual conference. You could have been forgiven for missing it. In the 1970s, the TUC was a powerful force in the land. Commentators would routinely talk about what the trade unions would “allow” the Government to do. Even among those who felt there was too much trade union power many just accepted it, like the weather, something you couldn’t do much about. It seemed particularly unlikely that a woman, the new Tory leader Margaret Thatcher, would be strong enough to do much about it.

Since the 1970s trade union membership has halved – from 12 million to six million. The reduction in strikes is much sharper. In 1979 we had 29.5 million working days lost through strikes. Last year it was 0.3 million. There is some variation. These days trade union members are more likely to be “middle class” than “working class”. But then what do the terms mean anymore? Self employment has grown. Is a self-employed builder or plumber “working class”? Or a “capitalist”? Or both?

It is in the public sector, where people still cling to the old certainties, that trade union membership has held up better. There it is still subsidised by the taxpayer. We have “trade union facility time” – where full-time shop stewards have their salaries paid by their employer. Free office accommodation is still given to unions. The unions don’t even have to collect membership subscriptions. This service is provided automatically – by the “check off” system by the payroll department. while the “closed shop” of compulsory trade union membership no longer applies some employers, as well as unions, still collude in an arrangement that gives the contrary impression to the workforce.

Some changes to this state sponsorship of trade unions were proposed but then watered down in 2016 as part of a deal for the unions to campaign for Remain in the EU referendum. Perhaps they will be brought back at some stage. Either way it is hardly a promising arrangement for the unions to rely on. A life support system can not be a source of pride for a free, independent trade union movement. Surely the way forward is for people to wish to join and to find reasons for them to do so?

There are a few niche areas where the old practices still deliver. In some places strike action by a small number of people can have a huge return in disruption. Drivers on the London tube earn a fortune. Even then there is a battle against history as modern technology comes in. Driverless trains don’t go on strike.

What future can there be for the trade unions? They are still important paymasters to the Labour Party and in Jeremy Corbyn they have the most pro trade union leader the Party has ever had. But do they really see the future as a Corbyn Government with a sufficient majority to restore all their legal privileges? Even if that happened would it really be sustainable in the modern world?

A better way forward for the unions would be to return to their past. They should keep out of politics and stop giving money to the Labour Party. It was under a Conservative government legalised trade unions. The prime minister, Lord Liverpool, repealed the Combination Acts in 1824. Then we had David Cameron, a later Conservative PM, who championed the Big Society. That is the way for the unions to rediscover a position role. They should rediscover their friendly society roots. That means offering services for their membership rather than undemocratic efforts at bullying politicians.

Being able to negotiate on behalf of a large workforce can be positive. It allows you to get a better deal. An amusing example is private health insurance. The Benenden Hospital in Kent is a private hospital run by Benenden Healthcare Friendly Society. It is part of a network of hospitals that provides a service for hundreds of thousands of trade unionists.

Unison tell their members: “We’ve got you covered for money back on everyday health expenses such as trips to the dentist and opticians plus a wide range of therapy treatments like physiotherapy, chiropody and many other cash-paying benefits. Pre-existing conditions are covered on most benefits and there’s no age limit to join or to stay on cover. Get peace of mind knowing health and dental bills for your family are taken care of with this low-cost plan, plus there’s free cover for up to 5 children too.”

Unite the Union says: “Put simply, the Health Cash Plan is an easy, low-cost way to look after your essential medical requirements, including up to 100% of your money back on dental and optical cover (up to a maximum of £150 benefit each per year). The plan also covers therapy treatments and you’ll get money back towards prescription charges and specialist consultation fees.” It adds: “It isn’t private medical insurance…” Quite so. Rather then feeling apologetic for offering these services the unions should be proud to do so.

Well run firms do not find it a formula for success to have a downtrodden workforce. This is for the obvious reason that those who are unhappy will seek employment elsewhere. That means that even if trade unions are not recognised then alternatives means of consultations – whether informal or via “staff associations” – tend to emerge.

Even in a competitive labour market, where the true remedy against “exploitation” is the chance for a better deal elsewhere, man is a social as well as an economic animal. We will still have an instinct to complain and to consider with an open mind the complaints of others – especially when a plausible remedy is offered.

Therefore trade unions can still flourish in the 21st century. But only if they move on from the 20th century – and return to the 19th century.