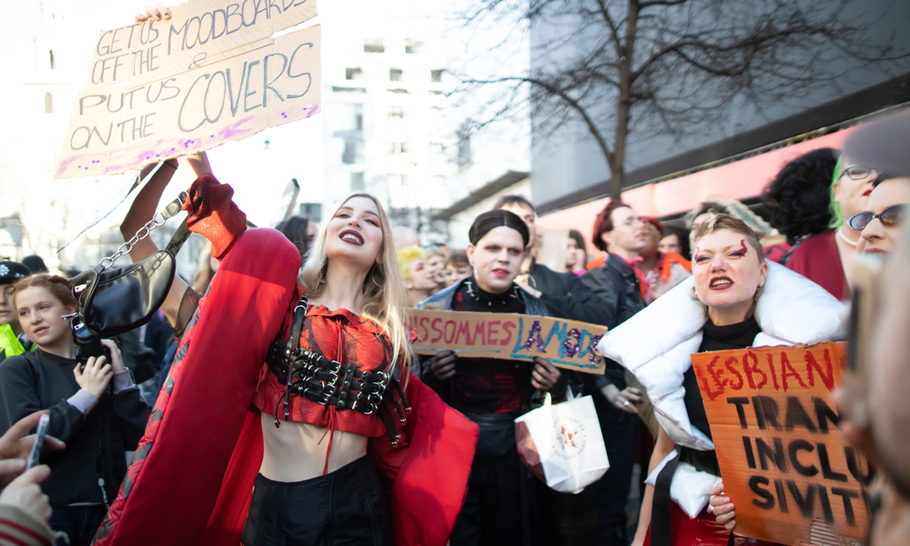 Over the weekend, there were two announcements that indicated that the UK might at last have reached “peak trans”. The Times announced that the government will hold an inquiry into the NHS’s treatment of “gender dysphoric” young people. It also suggested that the government may not proceed with its (till now) anticipated liberalisation of the Gender Recognition Act, which governs the process by which people are able to legally change their gender.

This news was welcomed by thousands of activists who have watched, alarmed, as the public sector, under a Conservative government, has rolled out “gender identity” ideology across so many of our institutions and public practices. If the government has “peak trans-ed” that is well and good. But there is much damage now to be undone. Thankfully, there are dedicated activists up for the task. I hope they will be heeded, particularly with respect to our judicial system.

On Monday, the Law Gazette reported that the “guidance for judges on transgender issues has come under fire,” from feminist lawyers. According to the Gazette, “Feminist lawyers say the guidance, in the Equal Treatment Bench Book, fails to highlight conflicts between transgender and women’s rights.”

It should not take a feminist or a lawyer to make the point. According to the Gazette, “At least one victim of violence by a transgender woman has been reprimanded in court for using male pronouns while describing the attack. Finding the defendant guilty, the judge refused the victim compensation, saying that when asked to refer to the defendant as “she”, the victim had done so with “bad grace” or continued to use “he”.

In the foreword to the Bench Book, The Right Honourable Lady Justice Rafferty DBE, Chair of the Judicial College, says, “The profound desire of the team responsible for this [revised version] is that all those in and using a court leave it conscious of having appeared before a fairminded tribunal.” Does she genuinely believe it is fairminded to require a female victim of violence to refer to her biologically-male attacker as “she”? Is it not, in fact, offensive?

These questions led me to read more of the Equal Treatment Bench Book. And it does not seem fairminded to me. Neither does it seem accurately to reflect the law, which is worrying for a book, written for and by judges.

In its section on transgender people, the Bench Book says “the term ‘transgender’ is commonly associated with those people whose gender identity does not correspond to the gender assigned to them at birth.” One would have thought that judges understood biological sex — it is not “assigned at birth”.

The document says “It should be possible to recognise a person’s gender identity and their present name for nearly all court and tribunal purposes, regardless of whether they have obtained legal recognition of their gender by way of a Gender Recognition Certificate… All transgender prisoners must be supported to express the gender with which they identify whilst in court custody.”

Those are my italics — because the “must” is doing a very great deal of work here. The “fairminded” question to ask is surely: exactly why must they? Remember this is “self-identification” without necessarily even much previous history or particular commitment to live as, or look like, the opposite sex. Why must we identify someone as something which they are not? We are surely owed very considerable discussion on this. Many of us find it totalitarian for the state, and arms of the state, to demand that we say things we know aren’t true.

Now to come to the law. The Bench Book says that “A transgender person who has obtained legal recognition of their gender by way of a Gender Recognition Certificate is entitled to be located in the part of the prison estate which reflects their legal gender.” Also: “A person who has been issued with a full GRC is entitled to be recognised in the gender stated on their certificate for all purposes.” (My italics). This is incorrect. The Equalities Act in Schedule 3 (28) explicitly provides for exceptions where someone with a Gender Recognition Certificate is legitimately treated as being of their biological sex rather than their legal gender. Now, you might argue how and where this Schedule might be applied. But how can a guidance document, prepared for judges, misrepresent the law in this way?

One answer is policy capture. A lot of the language used in the transgender guidance looks rather like language used in, well, rather a lot of other documents, emanating from our public sector, where a small number of transgender-focused lobby groups have significant influence. However, according to the Law Gazette, “The Judicial College declined to identify the external experts and organisations that assist in training and formulation of policy.”

The Times reported on Tuesday that Attorney General, Suella Braverman, has vowed to “restore public confidence in the criminal justice system”. Following the recent “peak trans-ing” of the Labour Party, and the exodus thereafter of so many women, if Braverman can do what it takes to lessen the influence of the trans lobby on our justice system, and to open up a discussion as to how to make it more “fairminded” over the conflicting rights and respectful treatment of trans and other groups, she might find a large number of feminists, left-wing women, rad-fems, as well as many of the rest of us, cheering her on.