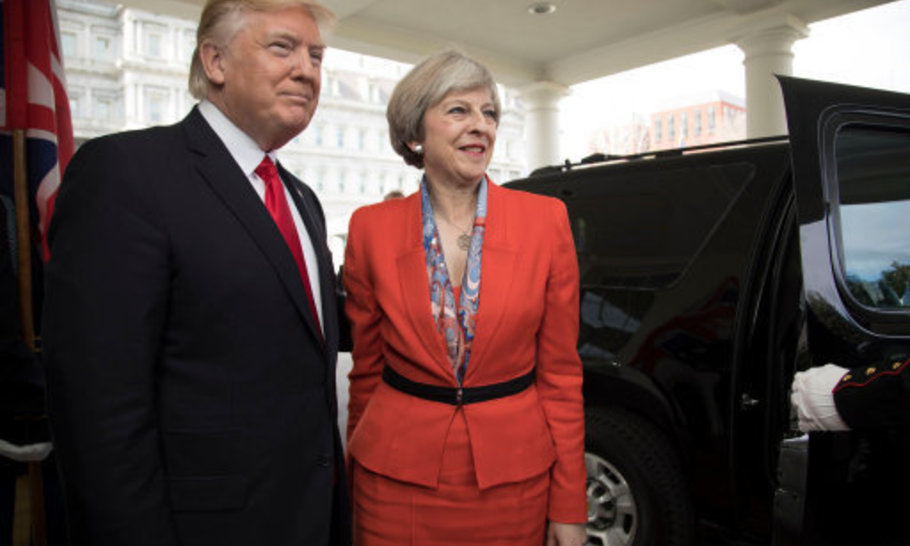 In these pages, John Torode recently looked back on Donald Trump’s foreign policy, and on the whole he rated it a success. (You can read John’s full piece here.) I disagree.

The essence of Trump’s failure was not in his destruction of the Iran nuclear deal, from which he withdrew unilaterally, or in his inability to form viable diplomatic relations with the world’s democratic leaders. It was not in his strange penchant for spending time with authoritarians like Putin or dictators like Kim Jong Un, or in his appalling decision to remove US support for the Kurdish fighters who’d faced the twin threats of Isis and Erdogan. Trump did all of these things, and more — but no single act captures the full weight of his outright foreign policy failure.

What this meant in practice was that to participate in international agreements or alliances was to limit the US national interest, and as the pre-eminent nation, America could not allow that to happen. That’s why Trump pulled out of the Paris Agreement on Climate Change. It was also why he complained endlessly about Nato, threatening to cut US funding. He complained about the UN and also the EU, which he saw as a mechanism for ripping off America.

The very idea of international trade seemed to infuriate Trump. He wanted to pull apart the entire system, mainly it seems because he couldn’t grasp that a trade deficit didn’t mean the US was being diddled. Running a trade deficit has in fact been advantageous for America. All those cheap Chinese exports to the US have helped keep down inflation for decades.

This didn’t stop Trump from squaring up to China and threatening a trade war. He raged and talked tough, which pleased Republicans in Congress, who’d been complaining about Chinese currency manipulation for years. But Trump’s trade war was more of a trade skirmish and it had no real effect. The essential structure of global trade has not changed. The Chinese economy has not suddenly gone away because Trump didn’t like it. If anything, Beijing looks more emboldened now than it did four years ago.

The breakdown in relations between the US and Beijing meant the White House had no leverage when the crackdown in Hong Kong began, not that Trump seemed especially bothered by it. Trump also did and said very little about the herding of Muslim Uighurs into concentration camps.

When the Covid outbreak began to spread, Trump referred to it as “the China virus”, perhaps in the hope of finally scoring some points against Beijing. But while the Chinese response to the outbreak was brutally effective, Trump’s was brutally ineffective. Over 400,000 Americans have now died of Covid, a death toll higher than any other country. Trump tried to use the virus as a stick to beat China. But his incompetence had a different effect, revealing his administration to be not only disorganised, but catastrophically weak at the centre.

Perhaps that’s why Trump was so quick to lash out at those international institutions. Centrally organised and highly bureaucratic, they embodied the very opposite of his own political worldview. But the irony was that so many of the structures that Trump despised were originally conjured up by the US itself. Despite its European-sounding name, Bretton Woods is actually in New Hampshire, and the post-war agreements and institutions created there had the US at their centre. But by refusing to accept the role of international capstone, Trump effectively short-circuited the whole arrangement.

His administration effectively became a repudiation of the international order, and of the idea that such an order should even exist. He wasn’t interested in cooperation, but in dramatic, unilateral action intended to impress a domestic audience. The decision to pull out of the Iran nuclear deal, as well as the assassination of General Qasem Soleimani, may have pleased the hawks in Washington, but these amounted to little more than gestures. They changed nothing. Iran still has a nuclear programme and is still hostile towards the West.

The foreign policy area that looked like success concerned Israel, but again there was a sense of arbitrariness about it all. Against all international protests, Trump announced that the US was moving its embassy from Tel Aviv to Jerusalem, and that the US considered Jerusalem to be Israel’s capital. No other nation did this — but then that didn’t seem to bother Trump. If he said Jerusalem was Israel’s capital, then it was so. Other countries, and the Palestinians, who also claim the city, would just have to deal with it.

Then came the decision by Bahrain and the UAE to recognise the state of Israel, an impressive normalisation of relations which became known as “the Abraham Accords”. Trump helped to broker the deal, which he framed as a significant breakthrough. But the deal avoided Israel’s most fundamental problem: the six million Palestinians living under Israeli jurisdiction. A deal that leaves that issue unaddressed is of little long-term significance.

And as for Trump and the UK, he talked a good game, but in the end he gave Britain nothing. Theresa May was quick out of the blocks to be photographed holding hands with Trump in the White House, but it was hard to see them as a meeting of minds — or characters. Johnson seemed a much better match for Trump, and the Prime Minister made jaunty references to the possibility of a post-Brexit US trade deal.

But there was no trade deal with the US. Obama had said that Brexit would send the UK “to the back of the queue” when it came to doing trade deals with America, and when Brexiters heard this they mistook it for a threat. But it wasn’t a threat, just a statement of fact. Trump, who always favoured Brexit, confirmed this by simply not doing a deal. Even he could see British trade was a low priority for the US.

Trump’s interest in the British Isles, such as it was, was always limited, mainly to Scotland — where his mother came from — and specifically to golf. He still owns a number of Scottish courses, including Turnberry, and perhaps the single most significant diplomatic episode between Trump and the UK came when the R&A, which governs British golf, announced that Turnberry would no longer be eligible to host the Open. That announcement came on 11 January, a week after a mob of Trump supporters stormed the Capitol.

Trump’s interest in Britain was limited to those aspects of UK politics that matched his own. He liked Farage and Brexit because of their nationalist veneer. He liked Johnson, whom he called “Britain Trump”, because Johnson is a populist, part-celeb, part-politician, just like Trump. Trump dangled the prospect of a trade deal with Britain, but it’s hard to escape the feeling that he only did this to show he could do what Obama could not.

He talked big and loud, but all that his coarse nationalism achieved for America was estrangement from the outside world, as the US sank into a nativist morass of Trump’s own creation. This was particularly Trump’s failure, in that it stemmed from his own flawed personality. A malignant narcissist, Trump was unable to listen — to his own career diplomats; to the senior figures at America’s intelligence agencies; to the heads of international institutions; to the US’s traditional friends overseas; or to America’s adversaries.

Trump was the leader who could not do dialogue. In the end all he could offer was monologue, and an often incoherent monologue at that. It is no surprise that his foreign policy ended up, like his administration, as an ineffective, tangled mess.

In defence, new ideas get bogged down in bureaucracy. Let’s cut the red tape