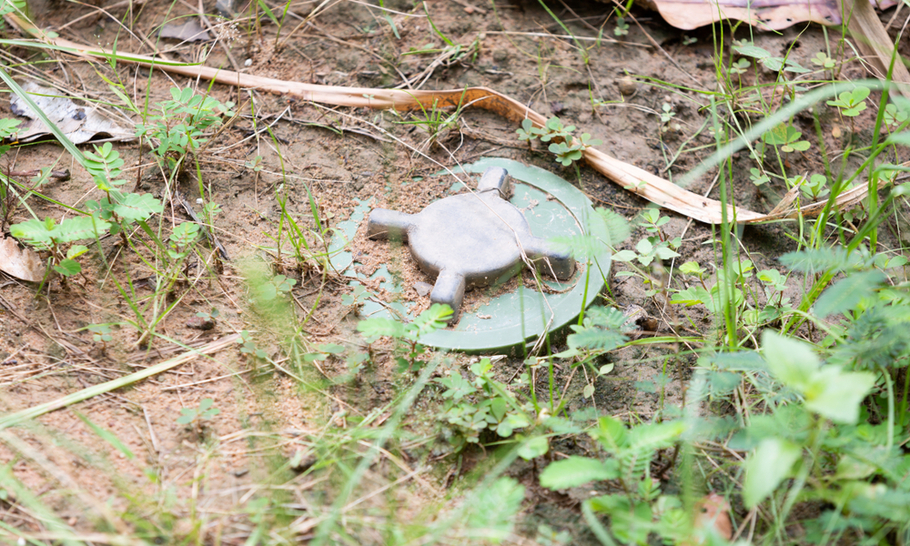 Amid the maelstrom of presidential candidate selections, State of the Union theatrics, and the coronavirus, President Donald Trump’s decision to reverse Barack Obama’s ban on the use of landmines has gone relatively unnoticed.

“The Department of Defense has determined that restrictions imposed on American forces by the Obama administration’s policy could place them at a severe disadvantage during a conflict against our adversaries,” a White House statement said.

It is not clear what those severe disadvantages are. The 1996 International Committee of the Red Cross report, Anti-personnel Landmines: Friend or Foe? found that “even when used on a massive scale, they have usually had little or no effect on the outcome of hostilities. No case was found in which the use of anti-personnel mines played a major role in determining the outcome of a conflict”.

The 1997 Mine Ban Treaty (the Ottawa Convention) on the use of anti-personnel landmines is one of the international community’s most accepted, with 164 signatories. The US refuses to be a party to the treaty, along with the likes of China and Russia.

There are still millions of anti-personnel landmines buried around the world, resulting in thousands of deaths per year. The vast majority of casualties are civilian, and predominantly children, women and the elderly.

The Pentagon has claimed that the landmines approved by the decision pose a reduced threat because they can be disarmed remotely or programmed to disarm automatically after a period of time. These safeguards provide no certainty of avoiding unintended and civilian causalities, and also do not prevent the mines from being collected and repurposed by belligerents. According to Thomas Gebauer, from co-initiators of the Ottawa Convention, Medico International, the failure rate is at least one per cent.

Director of the Ottawa Convention, Juan Carlos Ruan, said: “The convention has long professed that any perceived or limited military utility of anti-personnel mines is grossly outweighed by the humanitarian consequences of their use . . .  There is no such thing as ‘responsible use of anti-personnel mines’.”

The US decision was unexpected. With a single exception in Afghanistan in 2002, it hasn’t used anti-personnel landmines since 1991. Between 2013 and 2017, it actually spent close to a billion dollars clearing mines in Angola, Mozambique, Colombia, and other countries.

“I have no idea if it’s posturing or a reality that the US is claiming back the right to use landmines,” Rachel Stohl, an arms control expert at the Stimson Center told the BBC. “It’s inexplicable given all we know about these deadly weapons and the amount of money the US has spent demining around the world.”

Some, such as Gebauer, believe that the decision could be motivated by Trump’s desire to politically capitalise on growing xenophobia and a desire for stronger border security. “We fear that weapons like these might be used at borders by the US, for instance at Mexico’s, to limit people’s movement,” he told Deutsche Welle.

“There is a reason why the use of anti-personnel landmines is illegal: they can’t distinguish between fighters and ordinary people,” said Adotei Akwei, of Amnesty International USA. “This decision is consistent with an administration that has proven itself indifferent to human lives and suffering by withdrawing from the global Arms Trade Treaty and more recently by easing oversight of US arms exports.”

European Union foreign policy chief Josep Borrell said the decision “undermines the global norm against anti-personnel mines, a norm that has saved tens of thousands of people in the past 20 years”.

“Most of the world’s countries have embraced the ban on anti-personnel landmines for more than two decades,” said Steve Goose, director of the arms division at Human Rights Watch, “while the Trump administration has done a complete about-face in deciding to cling to these weapons in perpetuity. Using landmines, which have claimed so many lives and limbs, is not justified by any country or group under any circumstances.”

The decision returns the US to the international wilderness on the issue, and is another example of its increasing isolation, including its withdrawal from the Paris Agreement and the Trans-Pacific Partnership, and the assassination of Iranian General Soleimani. Trump’s America First policies are in the process of condemning it to a minor role in world affairs.

Since World War Two, the US has positioned itself as the global leader, through military deployment, international cooperation, and the promotion of free markets and the principles of freedom, human rights and democracy. This has changed.

“President Donald Trump has questioned the utility of the United States’ alliances and its forward military presence in Europe, Asia, and the Middle East,” Thomas Wright argues in the latest issue of Foreign Affairs. “He has displayed little regard for a shared community of free societies and is drawn to authoritarian leaders.”

“Global retrenchment is fast emerging as the most coherent and ready-made alternative to the United States’ post-war strategy. Yet pursuing it would be a grave mistake. By dissolving US alliances and ending the forward presence of US forces, this strategy would destabilise the regional security orders in Europe and Asia. It would also increase the risk of nuclear proliferation, empower right-wing nationalists in Europe, and aggravate the threat of major-power conflict.”

Overturning the ban on the use of landmines provides further evidence of the US’s shift away from its role as a global leader and towards nationalism, as also evidenced by growing protectionism and xenophobia. There are even suggestions that Trump could withdraw from Nato if he secures a second term in November.

Such moves raise concerns for global security as other countries step into the vacuum, particularly Russia and China, and contest the space. For the US to retain its relevance internationally, it must abandon its go-it-alone stance and recognise that its own interests are best served in participation with the global community.