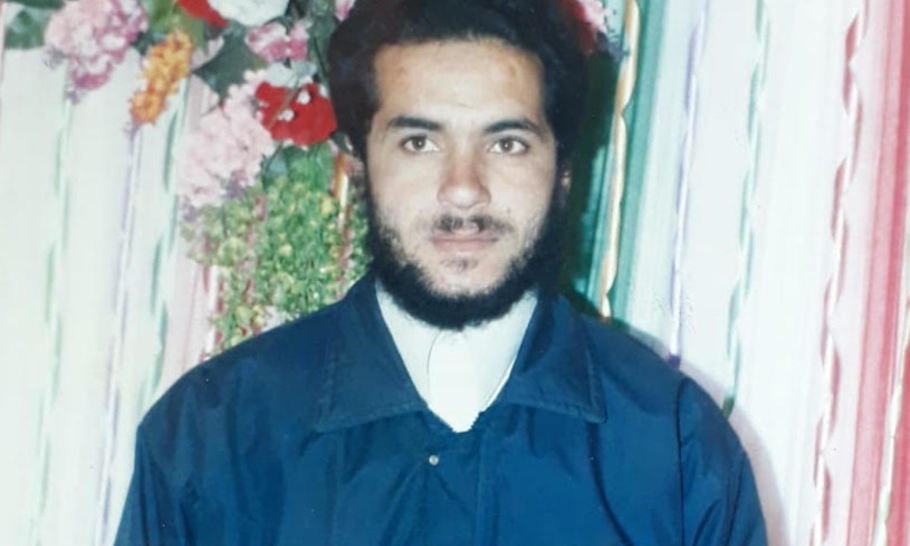 Asadullah Haroon Gul — also known as Haroon al Afghani by the Americans holding him — has spent more than 12 years in Guantánamo Bay with no charges brought against him and no hope of release.

And yet, the legal charity Reprieve says Asad (pictured) is “a total nobody” who was turned in for financial gain only to fall through the cracks as the years passed by. If he is ever to be freed, they say they need to make him a household name in his homeland.

“Our best hope is to make him famous in order to make his case of political importance in Afghanistan,” said Clive Stafford Smith, founder of Reprieve. “With ordinary Afghans on his side it may bring the pressure we need at a time when the Americans are involved in peace talks with the Taliban.”

Asad was detained in 2007 for being a member of Hezb-e-Islami (HIA). At the time, the militant group was blamed for a number of attacks on Coalition forces. However, Reprieve says Asad’s connection with HIA was minimal and typical of many young men who grew up in refugee camps controlled by the group.

“Asad’s family came from Nangarhar, but fled during the war,” said Stafford Smith. “Asad was born in 1983 in Pakistan and grew up in two HIA-run camps for Afghan refugees, Jalozai and Shamshatoo. Despite the often dire conditions, he earned a four-year undergraduate degree in economics from the Jalalabad State University. He is also fluent in five languages: Pashto, Dari, Urdu, Arabic, and Farsi. About the only benefit of being in Guantánamo is that he now speaks very good English as well.”

“After starting a small trading business in Afghanistan, Asad married and had a daughter, Maryam. He admits that he ran errands for HIA. He was a runner, no more than that, like many of the boys raised in these camps.”

It was 2007 when Asad became one of the thousands swept up in raids and was taken to Bagram Air Force Base and, ultimately, to Guantánamo Bay where he remains today.

Stafford Smith says Asad endured torture, including the notorious strappado technique used by the Inquisition 500 years ago, where a prisoner’s hands are tied behind their back and then hung from a rope attached to the wrists. “For years, his family feared him dead, unaware that he was in US detention.”

Reprieve’s legal team has so far secured the release of 80 Guantánamo prisoners, and Stafford Smith says more would have made it out if Donald Trump hadn’t signed an executive order to keep the facility open indefinitely. Often the charity works with pro bono firms, and the high-powered Washington firm Lewis Baach has put in many hours for Asad as well.

“You would think by now the authorities would have distilled the numbers down to just the bad guys, but they really haven’t,” Stafford Smith told TheArticle.

“There are 17 HDVs (High Value Detainees) in Guantánamo — your Khalid Sheikh Mohammed types and al Qaeda operatives — currently facing the military commission, and then there are 23 what I call NVDs, No Value Detainees, who just happened to get stuck there. I still help to represent seven of the 23. Indeed, five have been cleared for release and would have been sent home years ago if Trump wasn’t president.”

In 2010, three years after Asad arrived in Guantánamo, it was recommended that he be prosecuted. Ten years later he is still waiting. Meanwhile, the militant group he was detained for having links with in the first place reached a peace agreement with the Afghan government in 2016 and is now an established political party.

“One of the reasons why this case is actually quite important is that when there is a peace agreement, the Geneva Conventions require that you send prisoners home,” Stafford Smith pointed out. “Yet still Asad remains a prisoner. Interestingly, the Taliban peace negotiators in Doha have also raised his case, saying, ‘why on earth should we trust you, the Americans, when there is a peace agreement in place with the HIA and you haven’t released this poor chap?’ Sadly, Asad has got left behind.”

As Asad is the last remaining “low value” Afghan held at Guantánamo, the Reprieve team is now working on a new campaign to make him famous in Afghanistan, thereby making his continued incarceration a political hot potato for the Americans. In order to do this, Reprieve has been collating stories and opinion pieces written by Asad, which they hope to disseminate through the Afghan media.

In one piece, Asad says: “I have been subjected to horrible abuse. I cannot escape far, even in the quiet recesses of my mind. My days and nights bleed together as I age in this claustrophobic prison cell with nothing for company but despair and misfortune. I am deeply ashamed to say that I often think of death. It seems the only way to escape the torment of my life.”

To prepare the groundwork for the coming campaign, Stafford Smith travelled to Kabul late last year to raise Asad’s case with the Afghan authorities. While in Kabul, he also met his client’s 13-year-old daughter. The last time Asad laid eyes on his only child she was two months old.

Naturally, the 37-year-old prisoner spends much of his time thinking of his daughter and the hopes and dreams she harbours that he learns through phone calls facilitated by the Red Cross.

“Before they snatched me up and brought me here, I was young. I had just gotten married. I had a baby girl, who we named Maryam,” Asad wrote recently. “I have missed all of her childhood. She’s now a teenager. Once every few weeks I am allowed to call her, but it is never enough time to go over school work together. Maryam wants to be a doctor and I want to support her. People think Afghan men are sexist and believe a woman’s place is at home, but there is nothing I want more than for my daughter to become an independent and professional woman. I do not want Maryam to grow up as a graceful accessory. My biggest regret now is that I am not home to help her achieve her dream.”

Despite everything, Asad retains hope that he will be reunited with his family one day and he is hopeful that Reprieve’s new campaign to fight for his release may be successful.

“The public always has the biggest power over the government,” he wrote. “I always believe this. I believe in the power of the people and of culture to change government actions.”