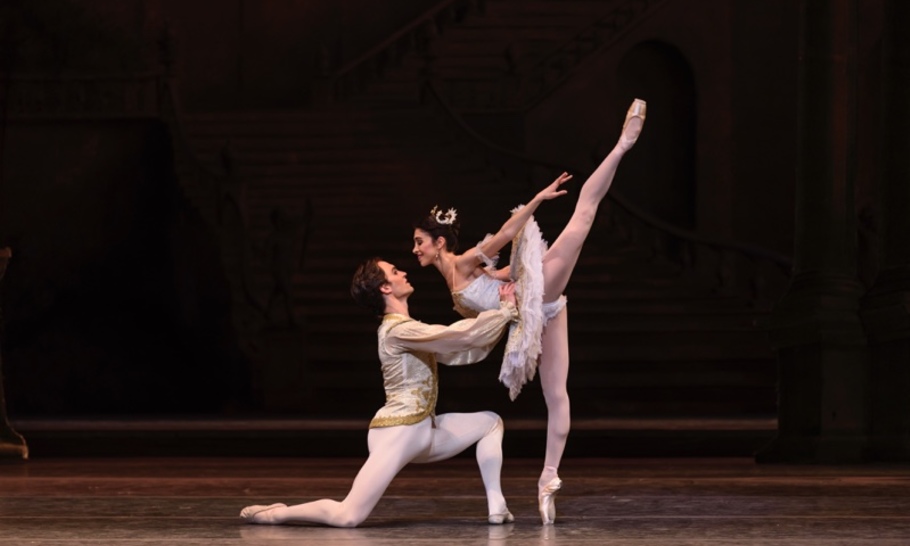 This year the Royal Ballet makes a welcome change from all those Christmas Nutcrackers by staging Tchaikovsky’s Sleeping Beauty and Delibes’s comic ballet Coppelia. Anyone wanting to see Nutcracker in London can very well go to English National Ballet’s excellent production at the London Coliseum, a mere hop and a skip from the Royal Opera House.

It has been almost 130 years since Sleeping Beauty was first staged, in St Petersburg in mid-January 1890.

However, as an intriguing and well-researched article in the Royal Opera programme by Sebastian Cody points out, the original intention was 1889 as a memorial to the French monarchy after a hundred-year sleep.

Indeed the ballet is based on the French version of the story, La belle au bois dormant by Charles Perrault, and the scenario was created by Prince Ivan Vsevelozhsky, director of the Imperial Theatres who according to one contemporary behaved like “a marquis in the time of Louis XIV”, the court where Perrault was active.

Vsevelozhsky, who inspired and guided the ballet’s creation, preferred speaking and writing French, and his mise-en-scene was deliberately in the style of that court. Tchaikovsky too was brought up bilingual in Russian and French — both his mother and governess were French — and choreographer Marius Petipa, one of the most influential figures in ballet history, was not only French but never learned to speak Russian with any fluency and had to rely on translators. So in many ways this was a French ballet and owes its inspiration in part to French history.

In this context, the wicked fairy Carabosse whom the king failed to invite to his daughter’s christening, can be seen as the revolution that put an end to the monarchy. The ballet embraces the happy fiction that the Lilac Fairy alleviates the impending death of the court by turning it into a long sleep, hence the intention to stage it 100 years after the 1789 revolution.

Though its Russian equivalent was nearly 30 years in the future, the king’s ban on spindles and needles, anywhere near the palace, can be compared to the fear of riots triggered by the recent industrialisation, in which 40 million freed serfs had become enslaved as factory workers.

For anyone not allergic to ballet, Sleeping Beauty is truly wonderful and the company boasts a terrific array of dancers for the ensemble pieces and the main roles. Opening the first night, Yasmine Naghdi made a glorious Princess Aurora well-partnered by Matthew Ball as her prince, Fumi Kaneko a delightful Lilac Fairy, and Mayara Magri and Yuhui Choe were particularly notable in the fairy variations of the Prologue.

In a later cast, Mayara Magri was a lovely Lilac Fairy, with Christina Arestis a very strong Carabosse, and Thomas Whitehead hilarious as the king’s master of ceremonies, Catalabutte, whose role was based on a well-known Russian courtier.

In high camp arrogance he has missed a vital name off the list of invitees to the baby’s christening, and when Carabosse arrives uninvited she condemns the baby to death. The intervention of the Lilac Fairy promises sleep rather than death, and at Aurora’s coming-of-age party in Act I, where the important role of the English Prince was superbly portrayed by Gary Avis in one cast, and Reece Clark in the other, she returns to ensure that the entire court falls asleep.

In Act II she returns again to guide the prince on a magical journey to awaken the princess and the whole court, and Act III is a feast of dancing. You can see why this version was perfect for a wishful renewal of the French monarchy, and both music and dance are unmissable for anyone who loves classical ballet.

For those taking children to the ballet, Coppelia is easier to appreciate, and Delibes’s 1870 score is full of jubilant melodies. Among the character dances in Act III, starting with the well-known Dance of the Hours, there is even one on “Strife and War”, adapted in this production for a later male solo, though French martial prowess was on the wane and later the same year the Prussians would besiege Paris, bringing the Second Empire of Napoleon III to an end.

The story itself, adapted from the tales of ETA Hoffmann, is a spoof on Romanticism, where the young couple Franz and Swanilda are reunited after he falls in love with a doll (Coppélia) built by the wacky inventor and invoker of magical spells, Dr Coppélius. Neither Franz nor the jealous Swanilda can get any reaction from her as she sits reading a book in an upstairs gazebo, and they make their way into the house to find out more.

For younger people it’s a wonderful ballet, and for those of more mature years a great example of the traditional classics that form the life-blood of this company. How joyous to throw aside the daily cares of life to relish fun and laughter. On the opening night, Francesca Hayward and Alexander Campbell were the young lovers, she showing delightful vivacity with wonderful footwork, and he a youthful lightness and style.

They were perfect in the roles, as was the Dr. Coppélius of Gary Avis who lends a strong air of authenticity to every characterisation he touches. The ensemble dances were performed with freshness and a sense of spontaneity, and Mayara Magri was a delightful Peasant Girl in Act II, attracting Franz’s attention while inspiring Swanilda’s natural jealousy, and Fumi Kaneko danced a beautifully nuanced Aurora in Act III.

This is Delibes’s most engaging ballet. Like Tchaikovsky he wrote three (one jointly with Minkus), and the two composers were contemporaries who met in Paris in March 1888. After they had got to know one another, Tchaikovsky could write to his brother Modest about his new acquaintances saying, “Delibes is the nicest of them all”. Go to both ballets — they are wonderful.

Why Britain must not let extremists operate with impunity

Global Britain needs new allies. How about Qatar and Taiwan?