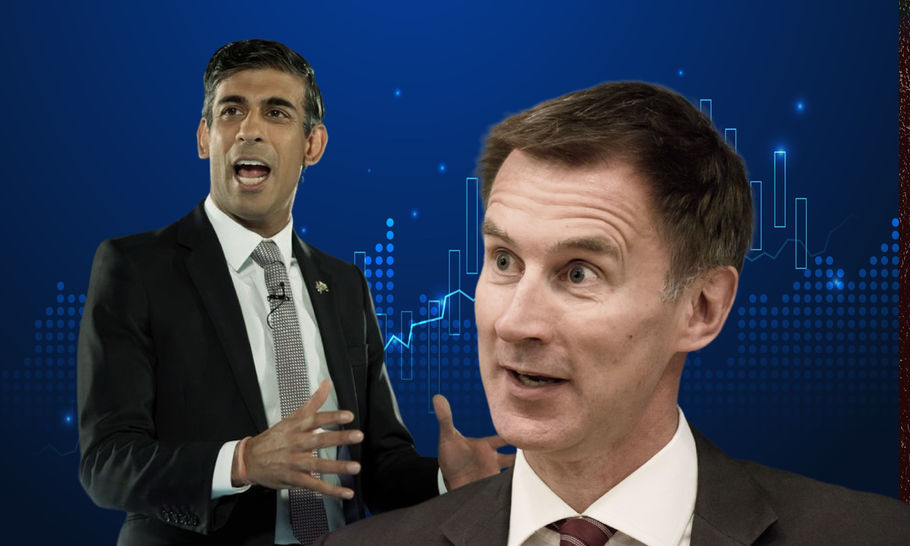 No budget or other financial speech has ever been so comprehensively trailed as the Autumn Statement delivered by Jeremy Hunt today. So the main surprises were not about the measures but, rather, the man. The Chancellor of the Exchequer is as always understated, but this time he was so brisk, so lucid, so clearly the master of his brief, that it took an effort to recall that he was only summoned from semi-retirement on the backbenches just over a month ago. The woman who appointed him, Liz Truss, may have damaged her own reputation beyond repair, but she did her party and the country an invaluable service by rehabilitating Mr Hunt. He exudes the confidence that the financial world craved and the markets have duly rewarded him by easing the pressure on sterling, gilts and interest rates. Today’s statement, billed as a kind of fiscal Iron Maiden to squeeze the lifeblood out of the economy, caused barely a ripple. That is a measure of the Chancellor’s success in reassuring anyone still wondering whether Treasury orthodoxy was back in control.

There are, however, many ironies about the Hunt Statement. Here are a few of them.

In order to appease the markets, the state must grow to its largest ever size in peacetime. Those most averse to taxes — global investors — require the rest of us to pay more taxes than ever before. The Leviathan requires fiscal sacrifices and we must feed its insatiable appetite to the tune of 37.5 per cent of GDP by 2024-25 — the highest proportion taken in taxes by the state since records began after the Second World War.

Messrs Sunak and Hunt insist that the enemy is inflation. Yet by freezing tax thresholds, inflation becomes the Government’s biggest tax collector. The faster and higher inflation rises, the more fiscal drag exacerbates its impact on living standards. Inflation actually helps out impecunious state by eroding the burden of national debt, but as Mr Hunt conceded, its effect on incomes and investments is more “insidious” even than taxation. Yet he has no choice but to exploit that insidious effect to fill the Treasury’s coffers. And the statement is designed so that the biggest burdens will fall due in two years’ time, by which time the Conservatives may no longer be in office. Labour will protest, no doubt, but there is not much they can do about it. That’s politics.

Just as spending cuts reduce state services, so our ability to opt out is reduced by inflation and tax rises. Hunt teased parents who educate their children privately by seeming to weigh the option of charging VAT on school fees, only to dismiss such a measure as “ideological”. But this, like many other forms of “going private”, will recede even further beyond the reach of the British middle class as a result of Mr Hunt’s freezing of tax thresholds, which in an inflationary environment will push millions more families into higher tax bands. A Tory government which even before today was spending an average of £38,000 per household will render the nation even more dependent on the state.

The media have headlined the impact on the rich: “Hunt ‘protects poorest’ but high earners face tax rises”, trumpets The Times. In reality, the poorest will be the hardest hit: by being dragged into the tax net, and by paying much higher inflation rates for basic foods and energy, rent and other necessities. Yet they will also be most affected by reduced services. Benefits are inflation-linked but only at the average rate and not all of the poorest are capable of accessing them. Homelessness, prostitution and crime will inevitably rise. Child poverty, too, may return on a larger scale than we have seen for generations unless further measures, beyond those announced today, are taken to alleviate it.

The prospect ahead is sombre. But the Chancellor gave plenty of causes for optimism. He has managed to keep the key manifesto pledges on health and social care, education and defence, pensions and benefits without imposing new taxes or raising tax rates. This was, as he promised, a “balanced” package of measures. He extended the windfall taxes on energy companies, as the Opposition had demanded, and even appointed a former Labour health secretary, Patricia Hewitt, to advise him on social care. By staking out the centre ground, Mr Hunt took the wind out of Labour’s sails — although the symbolic issues of bankers’ bonuses and non-dom status — both left untouched — gave Rachel Reeves, the Shadow Chancellor, plenty of scope to denounce the Tories as the party of the wealthy. She ignored the fact that the freeze on bonuses was ineffective and for the past decade banks have actually been taxed more heavily than other businesses.

On non-doms, Mr Hunt was on weaker ground: the Prime Minister’s wife has renounced her status but thereby implicitly conceded that it was no more than a tax loophole. The reason why this exemption has remained untouchable for 250 years is that all chancellors fear driving away high net worth foreign residents. Labour will now have to abolish non-dom status or risk looking foolish, so why doesn’t Mr Hunt steal their thunder and do it himself? The answer, I suspect, is that the invisible costs would outweigh the visible benefits. Both the Chancellor and the Prime Minister are wealthy, but both have made their money themselves (Mr Hunt couldn’t resist reminding us that he was an “entrepreneur”) and they understand what is needed to attract and retain international wealth and talent. They are conscious that a third of all taxation is paid by just 1 per cent of taxpayers.

This was a highly competent and well-presented exercise in the restoration of “sound money” by a fiscally conservative Chancellor. It was, to be sure, the failure to keep an eye on the money supply, not least by Mr Sunak, that landed us our present predicament. The statement seems to have done the trick with the markets. Whether that will be enough to impress the public is more doubtful. William Hague reminded us this week that the budget of 1991, which raised taxes and squeezed spending to bear down on inflation, laid the groundwork for election victory in 1992. This time, however, the voters will find it harder to forgive the Government. Mr Hunt is still in the business of damage limitation. A long hard winter lies ahead. Sunlit uplands, alas, are out of sight. The only thing that might save this Government is an early end to the war in Ukraine. And that implies giving President Zelensky the best kit we have — now.