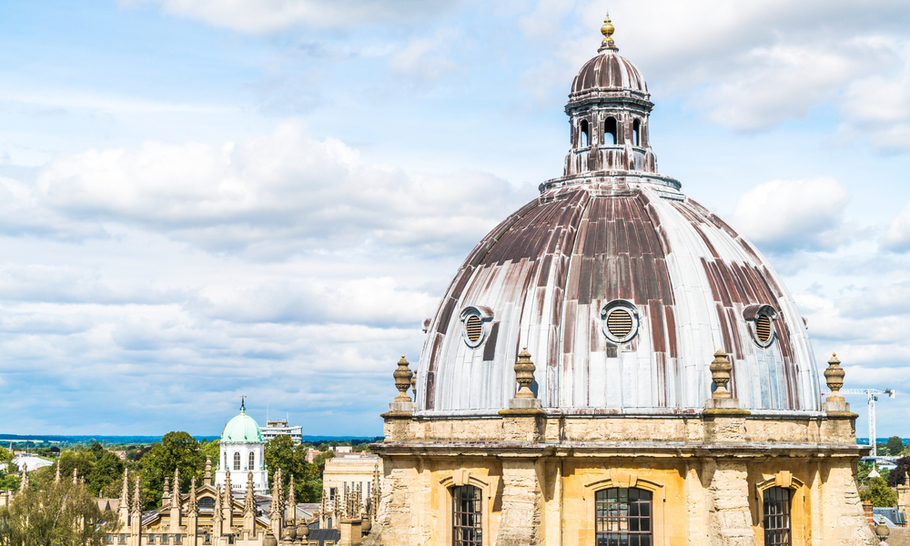 A professorial chair differs from others only in one respect: it is much less comfortable. In a letter to the Editor of The Times, Nigel Biggar warns that universities have created “a stifling climate of self-censorship and inner exile”. He ought to know. As holder of the Regius chair of moral and pastoral theology at Oxford, Professor Biggar observes his colleagues and students from a pinnacle of academic prestige. If even dons of his eminence feel uncomfortable enough to speak out, then something nightmarish is happening among the dreaming spires.

The Biggar letter is a response to an article last week in the same newspaper (both behind a paywall) by the Education Secretary, Gavin Williamson. That article delivered a warning to university administrators that, unless they put their own houses in order, “strong codes of conduct” would be imposed by the government to guarantee freedom of speech on campus. The minister’s main concern appears to be the closing down of debate by student groups determined to “no-platform” speakers whose views they regard as offensive. University authorities often take the path of least resistance by acquiescence in this refusal to tolerate offence. When threats of violence are involved, the police also tend to side with the censors. It is hard to avoid the impression that the gatekeepers of academic freedom will do anything — even silencing legitimate debate — for a quiet life.

Professor Biggar, however, argues that legislating against the public manifestations of this insidious culture of offence would not suffice to address the roots of intolerance. “By itself it will do nothing to change a culture where academic colleagues commonly whisper doubts about prevailing notions, say, of gender self-identification or imperial history or Brexit, which they would not dare to express openly,” he writes. “It will not change an environment where junior colleagues who are socially conservative or politically Conservative feel that they have to bite their tongues, lest their careers suffer.”

It is important to note that Professor Biggar’s concerns are primarily about his own profession. They are only indirectly implicated in the separate issues that surround students and their unions or societies. But if Biggar is right, students are no longer being educated in an environment in which the free exchange of ideas, open-ended research and the humane traditions of teaching are still cultivated on campus.

The challenge for university vice-chancellors, he declares, is to promote intellectual as well as other forms of diversity: “Whatever the case in social class and skin colour, [universities] also suffer a major lack of diversity in moral-political viewpoints.” There is empirical evidence to back up Biggar’s critique, with some studies showing that 80 per cent of lecturers identify with the Left and even higher proportions in the arts, humanities and social sciences. Conservatives of any kind are an endangered species in this academic monoculture.

The political consequences are obvious: if only graduates had been allowed to vote, Jeremy Corbyn would now be in Downing Street. The electoral map of Britain shows university towns and cities very often voting Labour, Liberal Democrat or Green; the hinterland is a sea of blue. Students have always leaned to the Left, but have tended to become less radical once they had to earn a living. This pattern has, however, changed dramatically. Among those educated since the 1990s, with a rapidly growing proportion of the population in higher education, that tendency to lean Left has persisted into later life. At the 2019 general election, the Tories lost heavily among voters aged under 44. This suggests that the cultural impact of universities even extends beyond the campus.

So does this mean that centre-Right academics such as Professor Biggar are engaged in special pleading? Is a Conservative government about to bully vice-chancellors because it has lost the argument and sees its long-term future threatened? Is the debate about free speech and academic freedom really a proxy for a party political struggle for the minds of the next generation?

That objection is based on a false premise. Conservatives cannot have lost the argument if their side of it is never heard on campus. Academic freedom is not just about political debates in student societies or unions, essential though these debates may be. It is about an atmosphere of openness in which the entire community of established professors, younger scholars and undergraduates can run along with one another regardless of politics. Universities of all places should not merely tolerate but celebrate dissent. And regius professors should no longer have to protest against self-censorship, still less live in “internal exile”. Professor Biggar has contributed to TheArticle on these subjects before and we hope that he will do so again. But the time may have come for him to be given an even more public platform. Conservative intellectuals are rare beasts not only in senior common rooms, but in Parliament too.