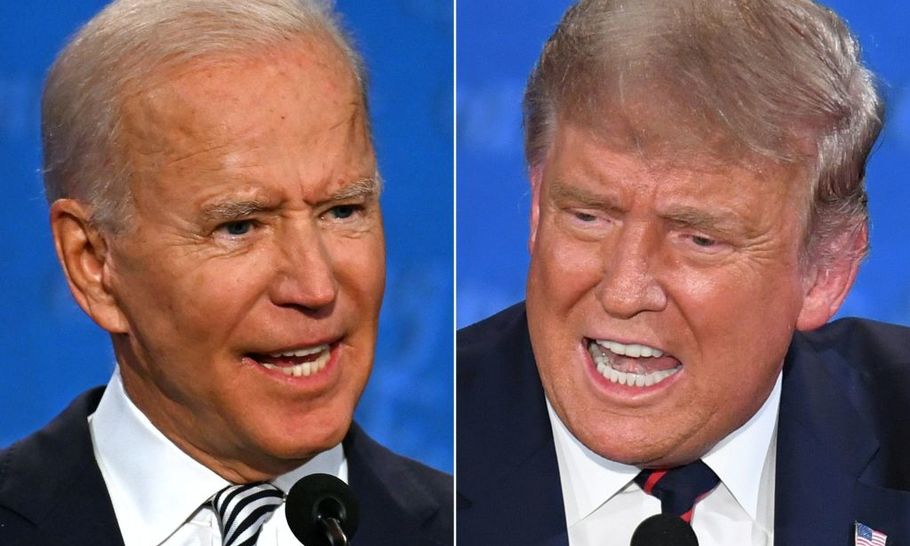 This week marked the celebration of Columbus Day in the Americas, the day when Christopher Columbus first stepped foot in the New World. Five hundred and twenty-eight years later and his continent is hostage to septuagenarian warfare, protestors dressed as handmaids and hundreds of thousands of incorrect ballots. Was it all worth it?

Yes, if enthusiasm for this election is anything to go by. According to a recent Gallup survey 71 per cent of Americans said that they are more keen than usual about this election and a record eighteen million people have already cast their ballots. The majority, of course, have done so by post, but many are also waiting in long lines at ballot stations, in some cases for as long as eleven hours. 2020 might well set a record for voter turnout.

And while we were denied our latest popcorn thriller this week (the second presidential debate), the Senate confirmation hearings for Amy Coney Barrett made up for it. If anything, this is more important than the presidential election anyway — Biden and Trump would only be in the White House until 2024, whereas Barrett would be justice for life.

These hearings have long been bloody affairs — Senator Joe Biden famously “borked” Robert Bork’s nomination in 1987 — and Barrett’s originalist sin was always going to be met by trial by fire in the Senate. So far ACB has held up pretty well, considering that her microphone stopped working, she had no notes and her grilling from Democrats lasted 11 hours. In the empire of laws, judges are legislators and legislators are judges.

Meanwhile, Donald Trump was back to his usual self upon his return to the presidential campaign, warning Iran not to “f**k” with America, dancing on stage and offering to kiss his supporters (male and female). The separate town hall events which Biden and Trump took part in simultaneously last night were nothing more than quarantined versions of the debate they had a few weeks ago, Biden reasonable yet senile, Trump unreasonable yet virile. Switching between the two was like journeying between parallel universes.

Trump, of course, refused to do a virtual televised debate with Biden this week (even though Nixon and Kennedy did one sixty years ago) and instead took part in the largest radio rally in history hosted by none other than Rush Limbaugh. Limbaugh is one of the architects of Trumpism whose conservative talk shows have been captivating Middle America since 1988, the year Trump first considered a White House bid. Perhaps Trump is on to something: after all, radio audiences thought that Nixon beat Kennedy.

Still, things are not generally looking good for Trump: only one poll has him leading Biden and even the two polls that predicted his victory in 2016 now give Biden a significant lead. Aside from the crowds at his rallies, flirtatious advances of town hall questioners and devotion of last night’s “nodding woman”, the only real sign of encouragement for him is that fifty six per cent of Americans feel better off now than they did four years ago.

Those Americans have “memory problems” according to Biden, which is a bit rich. It’s quite something that the candidate with the best polling numbers for a presidential challenger since 1936 forgot the name of Mitt Romney and announced that he was running for the Senate (not the presidency). A Trump tweet mocking Biden as “running for resident” of a nursing home earned over half a million likes.

In any case, this week was more about Biden’s son Hunter, not that you’ll know that. A supposed foreign interference scandal involving Hunter when Biden was vice president was reported by the New York Post on Wednesday but was not taken up by the mainstream media and was actively suppressed by social media networks. Given that Steven Bannon and Rudy Guiliani provided the “smoking gun”, it was probably the Trump campaign’s hope that this story would have the same effect as the Comey letter in 2016. Alas, it hasn’t.

So with just over two weeks to go until election day, things are certainly looking good for Biden. He is yet to be derailed by an “October Surprise” and is outraising, outspending and outpolling his opponent by significant margins. Indeed, on current predictions the Democrats look set to win the House, the Senate and the Presidency. No incumbent has ever come from this far behind at this stage to win. Can Trump do the impossible, again?