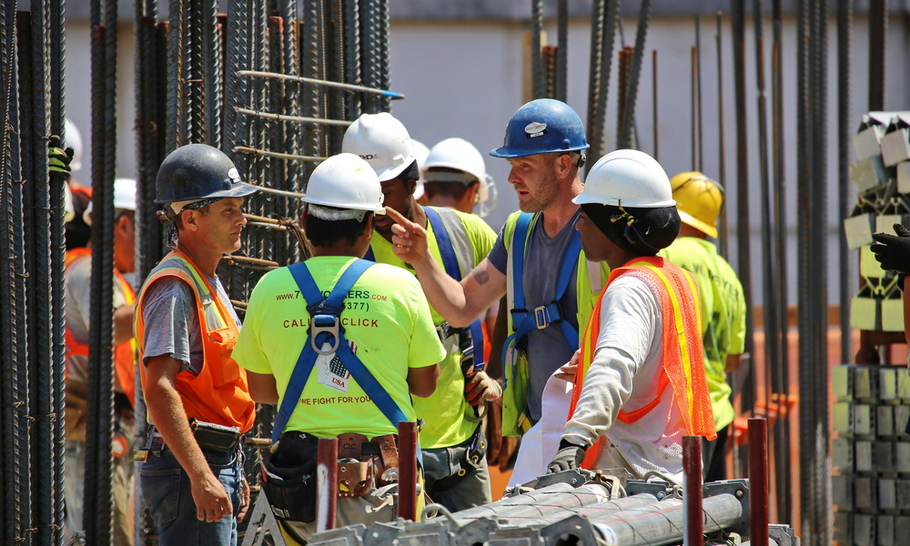 The sudden stop of our Covid-19 world was brought home forcefully yesterday with the release of a key weekly labour market indicator. It warns that American unemployment, which in February amounted to 5.8 million, or 3.5 per cent of the labour force, is set to soar, and very quickly. According to James Bullard, President of the Federal Reserve Bank of St Louis, US unemployment could spike at 30 per cent of the labour force, or roughly 49 million people. It is as grim as it sounds, but we have to think about what’s going on in different ways from in the past.

Every week, one week in arrears, the US Bureau of Labour Statistics releases a report of initial (new) claims for unemployment insurance. These had been falling steadily since they reached a post-1945 peak of 660,000 in early March 2009. For more than a year, they had been reasonably stable at about 220,000-230,000 per week. Some people found jobs, others lost them, but the labour market was stable with the unemployment rate at a post-war low, and thought likely to drop further. But no longer.

In the week ending 28 March, initial claims shot up by a record 3.3 million, not quite as much as the highest estimates, but much higher than consensus expectations. The Covid-19 shutdown arrived with a vengeance. If roughly three million people claim new benefit each week for the next month, the unemployment rate will rise swiftly to 5.5-6 per cent. But we should be braced for even worse developments as economic activity shutters abruptly. Among the leading forecasters who are surveyed regularly regarding the economy, there is a feeling that the economy may contract in the April-June quarter by between 6 and 10 per cent — not annualised — with the first quarter’s meagre growth revised away. It could be even greater. Output could almost halve!

That would amount to a recession (technically defined as two quarters of negative growth) but even a mega-contraction in one quarter would be regarded as a deep recession. But would it end there?

Suppose the restrictions on the economy and society were sustained into the summer and autumn, that the coronavirus never goes away but that the infection rate pauses and then picks up again. Or think about politicians losing the stomach to persist with aggressive and appropriate fiscal, monetary and financial easing policies. Under such conditions it is easy to see how a major economic shock could turn from one that is painful but manageable into a protracted depression in which the costs in terms of human and economic suffering are barely imaginable.

Fortunately — or perhaps hopefully — these worst-case outcomes will be avoided.

The Federal Reserve, and now the US government are throwing the kitchen sink and more at the economy and there’s almost certainly more to come. The Federal Reserve has committed hundreds of billions of dollars and stepped in to resume quantitative easing, and buy assets in other financial markets, including commercial paper and corporate bonds to keep them functional.

It is likely to go still further by buying a broader range of securities, and supporting the domestic and global financial systems. At some stage, the Federal Reserve may even launch a bit of an experiment with what is called helicopter money, or more formally, Modern Monetary Theory, which is basically about direct programme financing. It is really fiscal policy by another name and an alternative to issuing bonds.

The US government has just passed a $2 trillion fiscal package that includes income support for many millions of adults, higher unemployment insurance payouts, loans and grants, and indemnification of loss for the Federal Reserve. The package amounts to about 10 per cent of GDP. Add that to the existing deficit of about 4.5 per cent, and allow for the damage to the budget done by a major economic contraction, and the US fiscal deficit could swell to about 20 per cent of GDP. The good news, such as it is, is that it’s necessary and will be financed at super-low level interest rates.

Much is uncertain and unknown, but worst case outcomes could also be avoided, of course, if the spread of infection crests, moderates in the summer and doesn’t re-emerge as virulently in the winter. By then, the US health system’s capacity will be strengthened, and at some point a vaccine could have become available.

James Bullard’s nightmarish unemployment prediction came with a sting. While he supported the idea of deliberately crushing economic activity to suppress infection, he wanted people to understand why this was important and different. Instead of thinking about it as a recession, he said, we should think about it as a relatively short-lived shock in which investment in public health has to happen before typical business cycle phenomena can again be allowed to emerge. I think he’s right — fingers crossed.