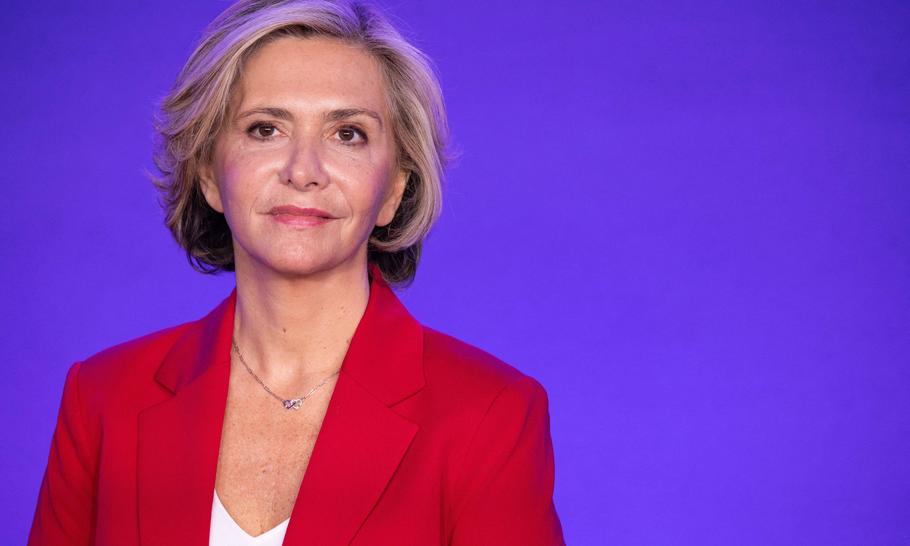 In Saturday’s Times, the Labour leader Sir Keir Starmer was asked in a weekend interview quickfire questions to choose between Angela Rayner and Wes Streeting? “Both,” he replied. His next answer was less diplomatic. Asked to choose between Priti Patel and Emmanuel Macron his reply was “Ugh, neither.”

Given that President Macron may still be in power after the next British general election, Sir Keir’s “Ugh” and seeing no difference between a woman who has been campaigning against Europe since she was press officer for Sir James Goldsmith’s Referendum Party and a president of France who is probably the closest Europe has to a latter-day Tony Blair may seem ill-advised.

Valérie Pécresse, the candidate now chosen by the main centre-right French party, Les Républicains, could easily have fitted in to any Blair cabinet. A centrist, liberal, multi-lingual, pro-business technocrat with the same elite education as Macron, she comes over as a French Amber Rudd or Yvette Cooper, a middle-of-the-road mother, with a nice smile but without the killer instinct and focused passion to go fast to the top.

This week, though, Mme Pécresse easily saw off her three male opponents for the nomination. Xavier Bertrand — long seen (especially by himself) as the heir apparent to Nicolas Sarkozy and as capo di tutti i capi of the French mainstream Right — came fourth. Michel Barnier also tried with a very late bid as the older Joe Biden candidate. But he had to pretend to be an ant-European and issued windy threats against Brussels, which dismayed his fans and failed to convince party activists.

In the final run-off Mme Pécresse got 61 per cent of votes against 39 per cent for her hard-right rival Eric Ciotti. Pécresse was supported by every grandee of the Chirac-Sarkozy era of French conservatives. They loathe Ciotti, who says the same things about Muslims, immigration and crime as Marine Le Pen and Éric Zemmour. Like them he has no compunction about appealing to the very dark side of hard right French voters.

This will present a problem for Mme Pécresse. Does she have to descend into the gutter of Islamophobic, Trumpian national identity politics in order to overtake Marine Le Pen and Eric Zemmour to get to the run-off with Emmanuel Macron in April?
Luckily for her, the Left or progressive and green candidates in the race are barely on the field. The once dominant Socialist Party, which has provided three presidential terms and nine prime ministers of France since 1981, has been reduced to around 5 per cent support for its candidate Anne Hildago, the Mayor of Paris.

The Socialist Party Corbynised itself under France’s last socialist president, François Hollande, elected in 2012. His Left-wing party opponents did their all to undermine him, and then openly put up different Left candidates, thus providing the opening brilliantly spotted and exploited by the arriviste Emmanuel Macron.

She was a failed minister at the French Finance Ministry in the Sarkozy era, when she badly mis-read the 2008/9 crash, which led to Gordon Brown taking over the leadership of Europe’s response to the crash — even though the UK was outside the Euro.
As president of France’s richest region she has made no mistakes, but neither is there much innovation in her political leadership. After Brexit she set up a committee to try and get banking and other business in the City to come to Paris. Most went to Ireland, the Netherlands or Germany, as doing business in France — if you do not have fluent French and years of networks — is not easy.

She is likeable, open, friendly and top of my list of French centre-Right politicians I had to do business with. Can she power past Marine Le Pen to enter the second round? The latest poll (Harris 29 November) listed Macron 24 per cent, Le Pen 20 per cent, Zemmour 13 per cent and Pécresse a poor fourth on 11 per cent of voters’ intentions in the first round.

If Mme Pécresse moves hard to the Right, it would be like watching Amber Rudd trying to be Angela Leadsom. The French electorate want more than just “Je ne suis pas Macron”. The old socialist watchword “No enemies on the Left” has now been taken over by the identity nationalists and Islamophobes – “No enemies on the Right.”

Valérie Pécresse is an experienced politician. Les Républicains have bottomless purses to fund a state of the art campaign and a big network of elected officials and supporters who want to see a new restoration of the traditional Right in place of the parvenu usurper Emmanuel Macron.

The French campaign has finally come to to life. But it is a fight of different factions of the centre-Right and far-Right. Only Macron will find the right words to try and bring the disappointed Left and Greens into his fold. He remains a formidable man to beat.