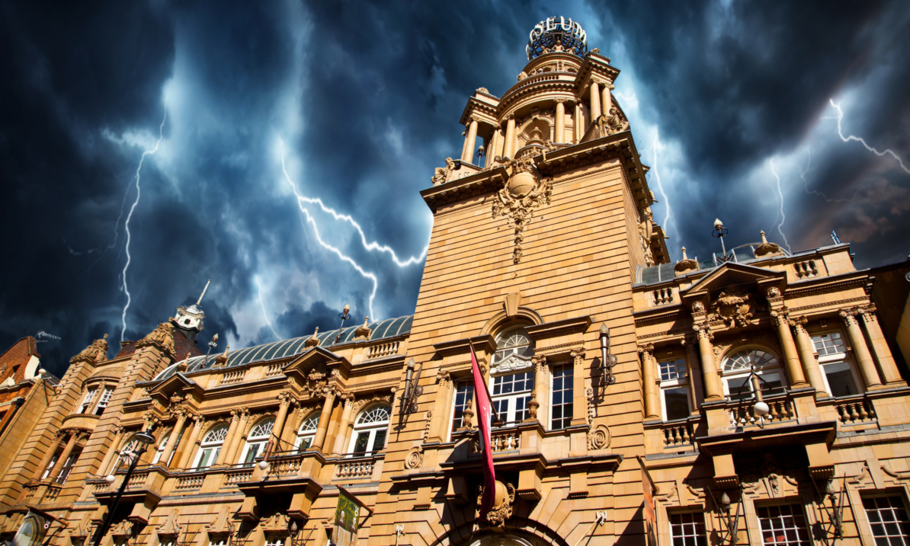 Is the English National Opera dying? Or does it stand at the threshold of new developments?

The argument for death is that it has difficulty filling the London Coliseum, a vast auditorium that accommodates an audience of about two and a half thousand. It cannot survive without a decent subsidy from the state. Can we afford it?

The answer surely depends on what we’re getting for the cost. And that depends, not just on the provision of opera for audiences, but professional work for the excellent English National Opera chorus, along with directors, designers, scenery makers, lighting experts and all the others who put opera productions on stage. It’s not like staging a musical in a West End theatre, which may run nightly for many months or years, even decades. The economics of opera are quite different. An opera production will run for half a dozen performances, sometimes more, in a season. For example at the Royal Opera House this season Don Giovanni and Salome each ran for 6 performances, Madama Butterfly and The Magic Flute for 8, Aida for 7. You get the idea. There is a perpetual change of sets, costumes, directorial teams and so on. It’s expensive.

Why should the Government — i.e. the taxpayer — subsidise opera? Because this is no longer Das Land ohne Musik (“the land without music”), as one German wag rudely wrote in the early twentieth century — if the land of Purcell, Elgar, Delius, Vaughan Williams and Britten ever was. Music needs musicians, conductors, singers, and for opera lots of artistic help to put it on stage. This doesn’t come for free, but it gives employment to people who are committed to making it work, and making this country an attractive destination for visitors from abroad. London also attracts visitors from all over the UK, and the big theatre companies start their performances earlier than they might otherwise do to enable visitors from out of town to get last trains home after the event is over.

Has the English National Opera made mistakes? Yes it has. It has for example employed too many singers from abroad when there are plenty in this country more than capable of taking the roles. We should be nurturing home-grown talent, and that is part of ENO’s job. You can’t expect the Royal Opera to do it, since they are trying to put on world class performances with the finest singers money can buy. And talking of money, the ENO cannot attract the beneficence of wealthy donors as the Royal Opera does, nor indeed the many summer opera houses that have sprung up in recent years to join Glyndebourne in providing opera in a garden setting.

No, the ENO is doing a different job. It’s bringing in new audiences to an expensive art form that deserves more popularity that it currently has, as well as giving tourists a place where they can get opera tickets at relatively short notice. It clearly adds to the attraction of London, which certainly needs two large opera houses, but perhaps the ENO can extend its appeal well beyond the capital by touring one or two productions. The latest one, Yeomen of the Guard, does not have elaborate sets, though touring is expensive. For instance, moving an entire chorus plus a few dancers into hotels costs a lot of money.

Creating a production that can tour requires a rethink on staging. The London Coliseum stage is wide and the sight lines are wonderful, so any production designed to tour has to accept some limitations. But achieving it could provide large scale, high quality opera to other parts of the country. It’s all a question of money, but this is money to feed the soul of the nation, and the Government should be proud to provide it. We may never have been a “land without music”, but we are in danger of becoming a land without higher culture.

Arts Council England (ACE), which has just come up with an idea to move the whole thing to Manchester may not care much for the higher culture this country needs, but it has certainly not evaluated the logistics nor the implications of its hasty decision. As Dr. Harry Brünjes, chairman of the opera company says, “It’s taken about 100 years to build up, and about ten seconds to shut down”. And as Lord Bragg points out, ACE could be “taking an axe to its own roots”. These cuts are sheer vandalism, whose implications have not been thought through carefully, if at all.