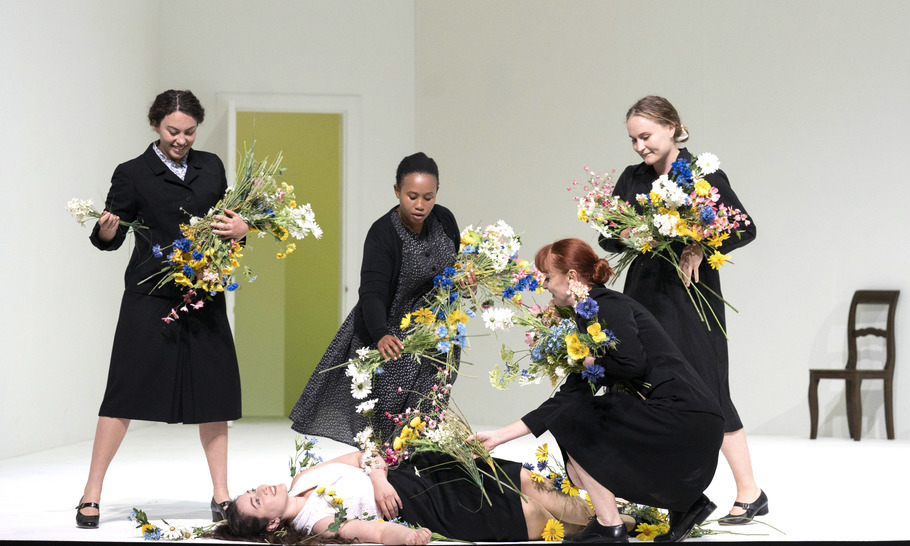 After trouble with the management of Naples’ San Carlo theatre in 1849, including non-payment for his new opera Luisa Miller and a threat to arrest him if he left the city without official permission, Verdi vowed never to write for them again. His work in Naples four years earlier had inspired the jealousy and machinations of a local composer, said to have the evil eye, who somehow managed to make his way backstage where part of the scenery collapsed, narrowly missing Verdi. But although his new opera was a resounding success, the composer left Naples a week later and kept his vow of never producing anything there again.

Nasty machinations are the subtext of this opera, based on Schiller’s play Kabale und Liebe (“Intrigue and Love”). The retired soldier Miller and his lovely daughter Luisa find themselves entangled with people of higher station: the Count, his son Rodolfo, his niece Federica (a widowed Duchess), and his scheming adviser Wurm, who is infatuated with Luisa. Ideal material for Verdi, who loved father-daughter relationships, and it marked a turning point in a career that soon produced Rigoletto, Il Trovatore and La Traviata.

The story is that Rodolfo, disguised as a common man (like Albrecht in the ballet Giselle) has fallen in love with Luisa, and she with him. The Count has promised his son’s hand to the Duchess and arrogantly tells him to abandon Luisa. Wurm is complicit in having Luisa’s father thrown into jail, promising release if Luisa signs a letter saying she really loves Wurm, and schemed to seduce Rodolfo for her own advancement. All goes to plan and Luisa caves in, planning with her father to abandon their home rather than be continually pestered by Wurm. The Count achieved his position by dark deeds that his son knows about, and eventually agrees to Rodolfo marrying Luisa but it is too late. The letter has had a devastating effect on Rodolfo, who like his father is attracted to desperate measures, and has poisoned both himself and Luisa, who die in an agony of misunderstanding.

Verdi poured his soul into the music, and with an absolutely first-rate cast at Glyndebourne this was a musical treat, unfortunately not matched by Christoph Loy’s whitewashed production. Loy is a renowned director, and the lighting by Olaf Winter was excellent, but numerous young men in black suits on stage (it was in modern costume) became quickly tiresome. Better to have the chorus on stage instead of hidden away, and there was not a hint of the hinge on which this drama turns – the huge class distinction between the Millers and the aristocracy.

There were some nice touches, such as Luisa at the start lying on stage with flowers being laid on her, a concept alluded to in a tender Act Three duet between father and daughter. This late focal point was beautifully sung by Belarusian baritone Vladislav Sulimsky as the Miller and Armenian soprano Mané Galoyan as Luisa. The cast had a strong East European component with the excellent Russian bass Evgeny Stavinsky as a humourless Count, Russian mezzo Nadezhda Karyazina as the smug Duchess who is finally jilted at the altar, Polish bass Krysztof Bączyk as the cowardly and mendacious Wurm, plus the wonderful American tenor Charles Castronovo, all of whom have sung at Covent Garden. Direction from the orchestra pit by Enrique Mazzola showed superb precision, and fully brought out the contrasts in the music. The production may have missed the class conflict but the performance was outstanding.