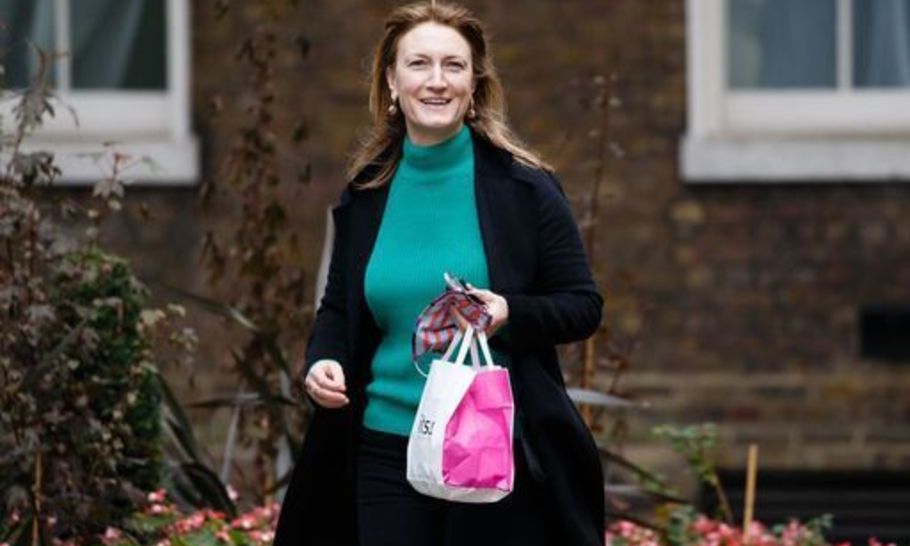 Today may not quite be doomsday, but it is the day on which the world gets a sneak preview of possible planetary heat death from the UN’s Intergovernmental Panel on Climate Change (IPCC). The IPCC’s report, based on 14,000 scientific papers and signed off by 195 governments in advance of the Glasgow Cop26 summit in November, is the first since 2013. It is certain to make grim reading, with a headline prediction that global warming is likely to rise to 1.5C above preindustrial levels within 20 years. Many climatologists have warned that this level would be the point of no return for the earth.

Meanwhile, here in Britain, the Government is sending out mixed messages as if there were literally no tomorrow. One minute Boris Johnson is talking up his big prestige projects to boost road and rail transport, such as HS2 or the “Boris Bridge” to link Scotland and Northern Ireland. The next he is cracking a mirthless joke about how Mrs Thatcher gave “a big early start” to green energy by closing down the coal industry.

The Government’s muddle on climate policy is epitomised by the public spat between the minister who will chair the Cop26 conference, Alok Sharma, and the official spokesperson on climate, Allegra Stratton (pictured). The latter, who was moved from her job in Downing Street to improve public messaging, has enjoyed a much higher profile than the former Business Secretary but has also attracted widespread ridicule for a series of gaffes. Ms Stratton first suggested that people should not rinse their plates before putting them in the dishwasher, then recommended that joining the Green Party was one way to save the planet and warned that the Tory Government’s Net Zero target date of 2050 was “too far away”. Last week she took the biscuit when she revealed that, while everyone else should switch to electric cars, she was keeping her diesel vehicle because she found it useful for driving around the country to visit her family and “doesn’t fancy” the inconvenience of an electric one. It was Allegra Stratton’s Marie Antoinette moment.

No wonder Sharma is reported to be “pissed off” with the former BBC star reporter. Any minister who had blundered so badly and so often would by now have been banished to the back benches. But “Allegra” enjoys a charmed life because she is friendly with Carrie Johnson, the Prime Minister’s wife, who is passionate about the environment.

To be fair to Ms Stratton, the Government she represents cannot seem to make up its mind either. Over the weekend reports appeared of tensions between Boris Johnson and Rishi Sunak, with the Prime Minister speculating about demoting the man who has emerged during the pandemic as his chief rival. But the Downing Street neighbours are clashing over issues of substances, including a Treasury review of the cost of reaching Net Zero. The Chancellor is said to be worried that the prospect of switching from gas boilers to more expensive central heating sources and other unfunded promises in the Green Agenda could jeopardise the support of the Red Wall voters who gave the Conservatives their landslide in 2019. The Treasury review has been delayed to avoid embarrassment before the Glasgow summit, but Tory backbenchers are saying publicly what Sunak is presumed to be saying privately: that Boris cannot please both the Greta Thunbergs and the Jeremy Clarksons at the same time.

The Green Agenda is based on the claim by the Committee on Climate Change (CCC) that the bill for Net Zero would cost just 1.3 per cent of GDP by 2050. This figure has come under scrutiny by the Information Tribunal. The tribunal, which has judicial powers, is demanding that the spreadsheets and research behind this suspiciously low figure should be published, but the CCC has been stonewalling. In her ruling that the information must be released, Judge Sophie Buckley said last week: “There is an extremely strong public interest in enabling scrutiny of the data.”

In stark contrast to a British Government that seems divided against itself over climate policy, global warming’s chief culprit has no doubts about its right to carry on burning coal on a gargantuan scale. China is now responsible for the largest (and ever increasing) proportion of manmade carbon emissions, yet it has just announced a resumption of coal production at 15 mines in northern provinces and 38 in Inner Mongolia. New coal-fired power stations open every week, as the Chinese economy relies more heavily on fossil fuels and its population of 1.3 billion consumes more meat and dairy products. While the West agonises over the cost of Net Zero, which requires policies that could beggar our economies, Beijing refuses to alter a word of the agreement it signed up to at the Paris summit in 2015. Xi Jinping has promised that China’s carbon emissions will peak by 2030 and the country will be carbon neutral by 2060, but so far there has been little sign of progress towards these goals. However, China has profited mightily by becoming the world’s main manufacturer of wind turbines, solar panels and other green technologies. Whatever happens on climate change, it’s a win-win for the People’s Republic and the Chinese Communist Party.

Britain produces less than one per cent of the world’s carbon emissions; the internal policy battles in Westminster are statistically almost insignificant. But as China tightens its grip on the global economy, the West needs to think strategically about how it can limit climate change while simultaneously preserving its own vital interests. Today’s IPCC report is important, but the politics of climate are even more complicated than the science. Until Boris Johnson, Allegra Stratton and their colleagues can get their act together on Net Zero, however, they might as well echo the prayer of the youthful St Augustine of Hippo: “Lord, give me chastity and continence, but not yet!”