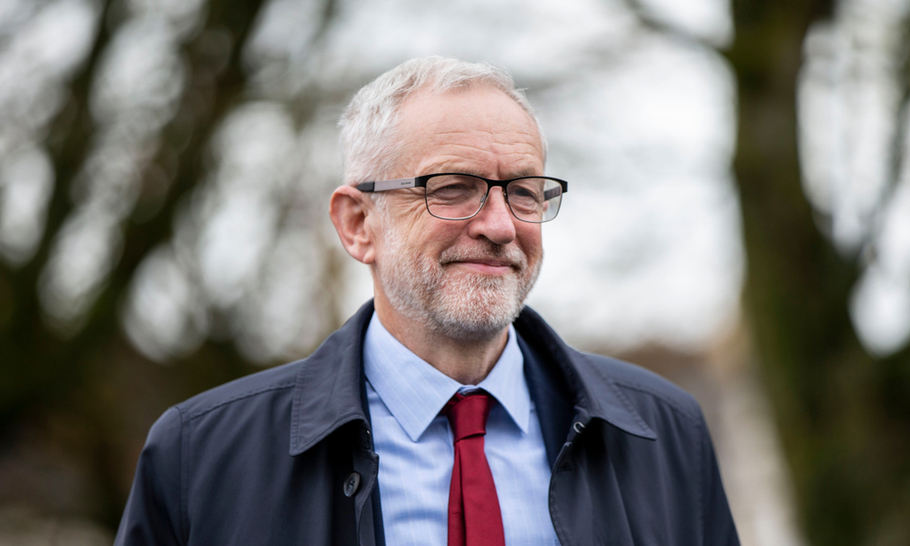 Ephraim Mirvis, the Chief Rabbi, wrote in the Times on Monday: “Many members of the Jewish community can hardly believe that [Labour under Jeremy Corbyn] is the same party that they called their political home for more than a century. It can no longer claim to be the party of equality and anti-racism.”

It was a devastating intervention, all the more powerful for the evident reluctance of the Chief Rabbi to be entering the political arena at all. In his disastrous interview with Andrew Neil on the same day, Jeremy Corbyn conspicuously evaded the repeated question of whether he would apologise to British Jews.

His strategy was one of straight denial, coupled with general assertions of his own commitment to anti-racism. This is what newspaper coverage picked up on but the more illuminating aspect of his tortuous replies was his inability to declare outright that a Rothschild conspiracy theory (a notion so hoary that Thomas Carlyle uttered it) was anti-Semitic.

This is where the Chief Rabbi’s critique is acute and vital. Polling evidence from Survation suggests that the overwhelming majority of British Jews (more than 85 per cent) believe that Labour is led by an anti-Semite. It’s my view too. But even then, the indictment of Labour is worse. It is that the party is institutionally anti-Semitic: it has assimilated the stereotypes of racism and become inured to the alienation that Jews feel when under rhetorical assault.

Labour’s moral descent is extraordinary. The party has deep roots in Anglo-Jewry and historic links with Labour Zionism. Its leaders have included such staunch friends of Israel as Hugh Gaitskell, Harold Wilson, Tony Blair and Gordon Brown. There has long been a minority anti-Semitic current in left-wing thinking, exemplified in the views of the economist JA Hobson in the late 19th and early 20th centuries, in which anti-capitalism merges with stereotypes of Jewish financial power.

What Corbyn’s leadership has done is to bring these ideas into currency within Labour. I don’t mean just the crude invective against “Zio-Nazis” (used by, among others, an activist who appears on the front of a Labour leaflet) but also the ostensibly more genteel depiction of Jews as not quite British enough (recall Corbyn’s comment about a lack of a sense of English irony).

Labour has generally kept itself insulated from these notions. There are many fine people standing for Labour in this election who really are committed anti-racists and who understand the moral crisis that the party faces. Oddly, the old Liberal Party was a more welcoming home for outspoken anti-Semites, with figures such as Christopher Mayhew (admittedly a defector from Labour, who went on to refer to Jewish Labour MPs as “the Israeli army under the gangway”) and the Young Liberals, who amid intellectual chaos promulgated the calumny that Israel was a colonial state.

Those ideas have since entered Labour’s bloodstream and the party is confused about its response. Its leading figures protest that the problem is minuscule and being dealt with, while activists insist (inconsistently) that the issue is a smear concocted by us in the media.

To this day, Peter Willsman sits on the party’s national executive despite having been caught in a vitriolic rant that Jewish “Trump fanatics” were behind the claims of anti-Semitism. What you won’t find is an honest acknowledgment from the Labour leadership that the party has lost the trust of Britain’s Jews, and many others on this issue, for very good reasons. If Labour as it is currently constituted forms a majority government (an outcome that at this stage of the campaign looks extremely unlikely), then great swathes of the Jewish community will be fearful. What of? On this question, I can only give a speculative assessment but one that I’m convinced is true.

My own paternal family has been in this country for more than two centuries, having moved from Strelitz in Germany to Liverpool, and settled there. In the intervening time, it became completely integrated in British society and indeed public life. It included the first Jew (excepting the Anglican convert Disraeli) to become a cabinet minister and to lead a political party: Herbert Samuel, the Liberal leader and home secretary in the National government. It was among the earliest adherents of the distinctively British group known as Liberal Judaism. It was safe, in Britain, while other branches of the family perished in the Holocaust.

Not even counting myself part of the Jewish community, I’m alarmed at the prospect of Labour in office and appalled that a party I have almost always voted for (even in 2017, as a personal vote for my moderate and pro-European MP) has come to this pass. Because if Labour can be elected in this state, it will demonstrate that anti-Semitism has become normalised in British society. That is what Jews fear. At a time when the Conservatives are doctrinaire and hostile to the outside world, this is worse than an enduring disgrace. It is a tragedy.