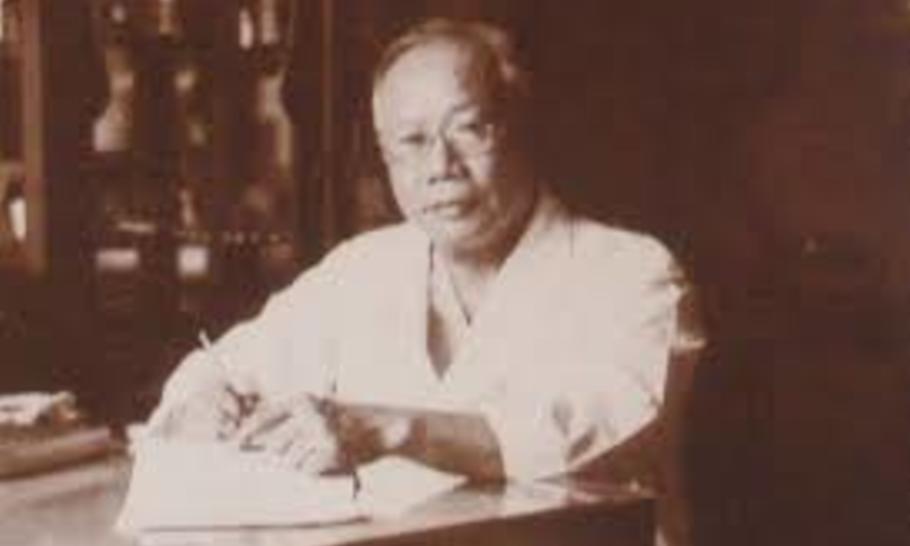 The epidemic came from diseased animals. Terrified people closed their towns and villages and would not allow outsiders to enter. They left their homes as infrequently as possible and wore masks. Thousands of doctors and nurses who treated the stricken fell ill themselves.

This is not coronavirus, but the Great Manchurian plague of 1911, which killed 63,000 people and caused panic among China’s neighbours.

This outbreak of pneumonic plague during the winter of 1910-11 was the most serious epidemic of its kind since the Black Death in Europe in the 14th century.

It broke out in Fujiandian, the Chinese district of Harbin in northern Manchuria, in the autumn of 1910. Those infected coughed sputum streaked with blood and their skin turned purple. Death followed within a few days. The first victims were trappers and fur traders in Manzhouli, on China’s border with Russia.

The epidemic came from marmots, a rodent caught for its fur that, when properly dyed, could pass as sable. High prices for fur and sable persuaded 10,000 people to hunt for marmots in the forests of Manchuria. Many were inexperienced. Instead of killing healthy marmots who roam the field and cry in a shrill voice, they dug burrows and collected sick marmots — and it was these that carried the virus.

After news of the first deaths reached Beijing, the Qing government was alarmed that the trappers would return home for the Lunar New Year and spread the disease. It sent Wu Lien-teh, a Malayan doctor who was the first ethnic Chinese to earn a degree in medicine from Cambridge University.

“Everywhere, I saw people suffering from high fever, coughing blood and dying suddenly,” Wu wrote in his autobiography. “As far as the eye could see, the roads were covered with corpses.” They lay in piles. No one dared to touch them, for fear of being infected.

The plague brought life in Manchuria to a standstill. Towns and villages barricaded themselves against strangers. People left home as little as possible; if they did, they walked down the deserted streets wearing facemasks, he said.

Wu arrived in Harbin on Christmas Eve, 1910. He realised that he urgently needed to do an autopsy, a practice that Chinese people did not accept. On December 27, he found the Japanese wife of a Chinese man who had died the day before. He performed the first autopsy ever done in China. From it, he was able to isolate the “bacillus pestis,” which had caused previous outbreaks of bubonic plague.

On January 7, Dr Girard Mesny, a French medical professor from Peiyang Medical College in Tianjin, arrived in Harbin. He believed Wu’s diagnosis was incorrect and wanted to replace him as the man leading the operation against the epidemic. Believing that it was a disease of the glands, he examined four patients without a facemask. He contracted the virus and died on January 11.

This dramatic event persuaded the authorities to accept Wu’s proposals. He advised that people stay at home, plague victims be hospitalised and quarantined, and their homes disinfected. Everyone should wear gauze-and-cotton masks. A new plague hospital was built.

Russia loaned 120 freight cars to house those who had contracted the disease. The government sent 3,000 doctors, nurses, soldiers and police to treat the sick and monitor the movement of the population.

In January, a train carrying nearly 500 passengers from Shenyang to Beijing reached the Great Wall; it was stopped and sent back to Shenyang. Some of those aboard had the disease, others did not.

In late January, Wu found over 2,000 unburied bodies. He sent a memorandum to the Emperor asking for permission to cremate the bodies, which was then illegal, and remove the risk that they would spread infection. After three days, the Imperial Edict arrived, granting permission. On January 31, the Lunar New Year, Wu oversaw the first mass cremation in Chinese history. Bodies of victims that had previously been buried were also dug up and cremated.

Wu’s draconian methods were successful. The last case was recorded on March 1, 1911. Altogether, the epidemic had lasted seven months. Among the dead were 297 doctors, nurses, soldiers and police who had come into contact with the disease. They included Dr Arthur Jackson, who was, like Wu, a graduate of Cambridge University; he was a missionary doctor who had been in China for only two months. He had volunteered for the assignment to Harbin.

In April 1911, Wu chaired the International Plague Conference in Shenyang, attended by 33 specialists from 11 countries, over 26 days. It was the first international scientific meeting in China. Wu served in China until 1937, when he left ahead of the Japanese invasion and returned to Malaya.

The Harbin Medical University erected bronze statues of him.

On Christmas Eve, 2015, the anniversary of his arrival in the city, the university opened the Wu Lien-Teh Institute, to research infectious diseases and share the knowledge with the world.

Those fighting the current coronavirus outbreak could do much worse than learn from Dr Wu.