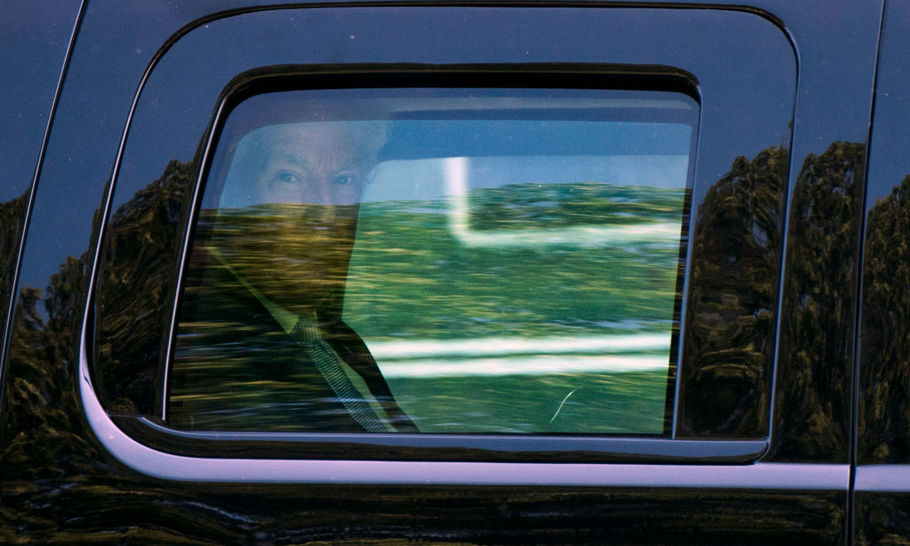 The first batch of polls conducted after Donald Trump went to hospital make one thing clear, but they also pose one big question. What is clear is that the past few days have been bad for Trump’s chances of re-election; the question is: how bad?

As ever, reports of the latest polls have sometimes added to the confusion. Listeners to the Today programme on Monday morning will have heard the US pollster John Zogby saying that Trump’s support had surged following his TV debate with Joe Biden and the news that he had contracted Covid-19. Listeners were not told that Zogby’s results were out of line with everyone else’s, and that this was only the second Zogby voting intention poll in six months — so making a like-with-like comparison with other recent Zogby polls was impossible.

The same morning, Guardian readers and Sky News viewers were told the opposite: that Biden’s lead had almost doubled after the TV debate. They were reporting a poll for NBC and the Wall Street Journal — another outlier, made newsworthy precisely because its figures were so dramatic. Apologies to those readers who have read or heard me say this before, but it cannot be stressed too much: the more dramatic the polling numbers, the more they lend themselves to bold headlines, but the more likely they are to be wrong.

What, then, can we say about American opinion following Trump’s time in hospital? At the time of writing, six of the companies that poll regularly have produced new voting figures. Here are Biden’s leads, compared with the same company’s figures from early-to-mid September:

Those like-with-like comparisons suggest two things: five of the six polls suggest that not much has changed, but if there has been a movement, all six agree that it is probably in Biden’s direction. The Morning Consult figures are particularly significant. Their regular polls have samples of around 12,000, which is enough to minimise the risk of random sampling fluctuations. Biden’s nine-point lead is the largest in this series since late August.

CNN is the outlier, with Biden’s lead doubling to 16 per cent. How come? Its interviews around 1,000 Americans for each poll and the margin of error for each candidate is around 3 percentage points. As Biden’s lead is the difference between his support and Trump’s, the potential margin of error on the gap almost doubles to 6 points. When comparing the difference in the leads between two different surveys, the margin of error on the change in the lead rises again, to 8-9 points. In short, the news that CNN shows Biden’s lead climbing from 8 to 16 points means that (if this were the only poll we had) Biden’s lead is extremely likely to have risen, but that the precise amount by which it has risen is impossible to tell.

All this is supported by another fragment of data. Each day, the University of Southern California (USC) reports rolling seven- and 14-day averages of around 350 daily interviews. Members of its 5,000-plus panel are re-interviewed roughly once a fortnight. Although its does not publish day-by-day data, its latest charts suggest a clear move towards Biden since late last week.

To repeat: the data from each individual pollster is subject to a significant margin of error. It’s the fact that all seven (including USC) indicate a move in the same direction that makes the shift significant, though the size of that shift remains uncertain.

Trump’s camp might feel relieved the news isn’t worse. We now have a mountain of evidence that most American voters think Trump has screwed up both his own health and his national approach to the pandemic. A couple of examples from the latest YouGov/Yahoo poll are typical: by three-to-one, Americans think Trump failed to take appropriate action to protect himself from Covid-19. And by 3-2, Americans think the “current coronavirus situation” would have been better had Biden been present.

Moreover, by catching Covid, Trump has ensured that his poor record at dealing with the pandemic has remained high on the news agenda, denying the chance for Trump to turn voter’s attention to the economy, which is the one issue where Biden doesn’t hold a clear lead.

All that said, the larger point is that, even if Biden’s lead has risen only slightly, Trump is losing ground he cannot afford to cede. Last week was supposed to be the week he started to close the gap. He hoped to win the TV debate by showing that Biden was too old and too frail to be elected President. Instead, Biden comfortably stayed the 90-minute course, while Trump alienated viewers by his constant, boorish interruptions.

TV debates seldom have much influence on the way viewers vote. Rather, the point is that Trump needed to defy the precedents and trim Biden’s lead. He failed to do that, and now his encounter with Covid has done him more harm than good.

This confirms what the polls have been saying for some weeks. The vast majority of Americans have made up their minds. At present, Biden is on course for a comfortable victory, big enough for Trump to be unable to overturn it through the courts. In as far as a small minority of voters, well under 10 per cent, have yet to make up their minds, more of them seem to have broken for Biden than Trump in the past few days. Something even more unexpected than Trump’s illness must now happen for Biden to lose.