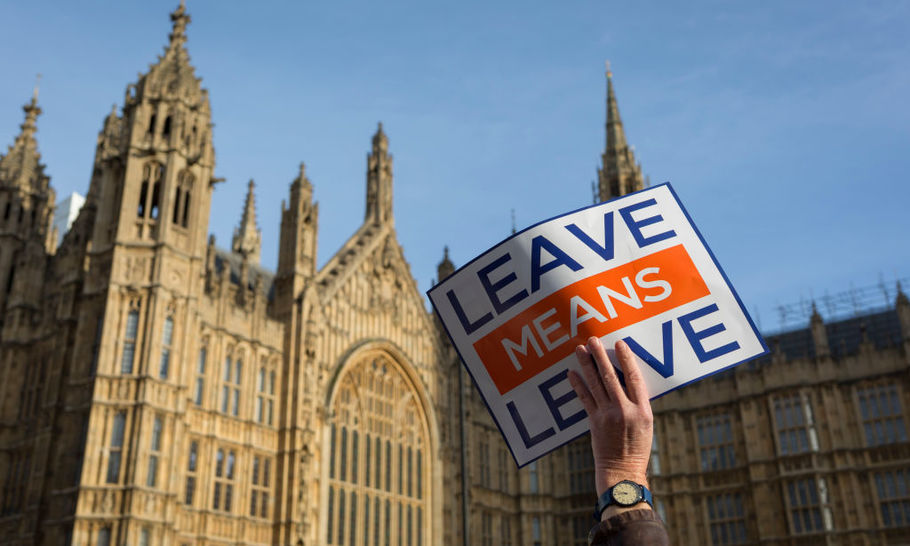 Surprise, surprise, the EU has granted the UK another extension. Do you hear that, Brenda from Bristol? Another one!

President of the EU Council, Donald Tusk, has called it a “flextension”, which means our country can leave before the deadline if a deal gets approved by Parliament. MPs are so good at agreeing with each other for the sake of our national interest, after all…

Let’s face it, the odds of Remainer fanatics letting the Withdrawal Agreement go through is as likely as them admitting that they lied to us. Many attacked Boris Johnson today for not sticking to his pledge that Britain would be out by the 31 October, “do or die”. But what about their promises? Like when they told us that 23 June 2016 would be a “once in a lifetime vote”. Do they not feel embarrassed, at the very least, of doing one of history’s worst u-turns?

Johnson has done all he can to implement voters’ wishes, and has made it far closer than his predecessor ever did. His tough rhetoric and commitment to a deadline meant the Withdrawal Agreement was opened up again, improved, and nearly implemented. But not even a Marvel hero could get out of the traps Remainers set for him; he was put in the bureaucratic equivalent of a straitjacket, culminating in that dreadful letter to Tusk and friends.

The softening of the EU, and its decision to let us extend for what will probably be eternity, suggests not only that it likes our money (a lot), but that it no longer takes us seriously when we say we’re leaving. Perhaps member states think the more extensions they give, the more time the Brexit blockers have to destroy 2016’s mandate. They’re probably right, as Hilary Benn and Oliver Letwin, among others, have proven incredibly creative throughout the proceedings, treating Brexit as though it was a task on The Apprentice. It’s as though Lord Sugar has told them “I want you to work out the best way to ruin democracy”.

Some MPs like Brexit extensions as it means they can distance themselves from 2016. “That was ages ago! The people have changed their mind,” is their argument. Columnists like Polly Toynbee have pointed out that the “leave vote has been declining by about 1,350 a day”, by which she means Brexiteers are dying off. No one seems to care that their loved ones are grieving; that they are human beings, not data for a warped political cause. Nope, they’ll do for the militant Remainer strategy. Never mind that these politicians have mistaken the national mood; Brexiteer sentiment is still high, and their gross delays cannot justify their erasure of a vote.

What’s making our constitutional crisis even worse is that we cannot have a general election. It is extraordinary that Jeremy Corbyn and the rest of Labour are so brazenly resistant to this, almost proud of their cowardice.

It feeds into what they consider an extremely intelligent strategy. They have turned their attention to having a second referendum – which has always been a farce to allow Remain to get their way. It would trap the UK even more and disenfranchise vast swathes of the electorate. Strangely, Corbyn has recently complained about how proposals for voter ID discriminate against older and poorer voters. But he doesn’t seem to care much about these people’s wishes, otherwise Labour would be considering how to act on 2016’s verdict – one of the UK’s largest democratic exercises.

The timing of our proposed Brexit – close to Halloween – is prophetic in nature, so hellish is our situation. What’s worse than any costume, or possibility of No Deal, is that we are being lied to over and over again, by those who want to overturn the result. So much so that it is now normalised in our political discourse. Frankly, the anti-democrats in parliament can go as themselves to whatever parties they’ve got on 31 October; their sorcery is out for the world to see.