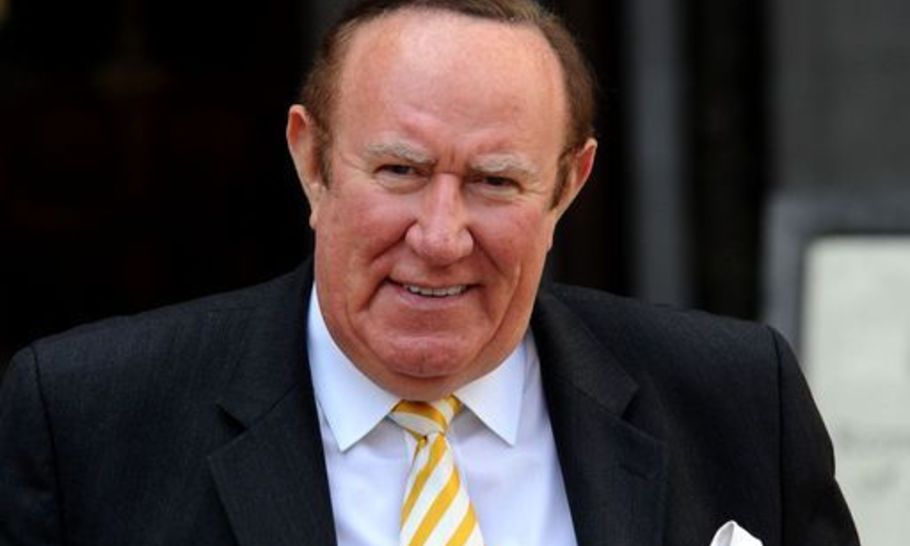 This week Jane Martinson asked an interesting question in the Guardian: “Is Britain’s TV news at risk of being dominated by those who shout loudest?” It was clear what she meant. “New, right-leaning opinionated competitors such as GB News are the latest threat to the BBC.” In other words, Andrew Neil’s GB News is bad, BBC News is good.

Martinson’s timing is not great. Britain’s TV news is at risk, but not from Andrew Neil, the best TV news and current affairs interviewer there has been in my lifetime. By best, I don’t mean “loudest”, I mean the smartest and the most rigorous. Ask any politician who they would least like to be interviewed by and my guess is they would all come up with the same reply: Andrew Neil. Above all, though, Neil is not just smart, he’s the most economically literate and least insular of current affairs presenters, with a significant historic hinterland.

How many news stories have you seen or heard recently about Europe, Russia or China? The BBC runs more news stories about coronavirus in Hull and Tyneside than it does about Germany, France or Italy. Are the mortality figures from Russia or China remotely reliable? Why did China not let in delegates from WHO to investigate what really happened in Wuhan? On the day of writing, The World at One, one of Radio 4’s most prestigious news programmes, dedicated about two minutes to the world beyond Britain.

Then there’s bias. Brexit, of course. The BBCs growing wokishness. Israel, of course. In the last week, Sky News, CNN and the BBC News Channel have all misrepresented the story about Israel and Covid vaccinations, implying that Israel has some obligation to vaccinate Palestinians, when in fact the Palestinian Authority has refused to accept vaccines from Israel.

In an extraordinary item on the BBC News Channel last Friday, most of the BBC’s introduction to their item on this story was taken almost word for word from a similarly hostile piece in the New York Times, which also focused on Dr Gerald Rockenschaub, Head of the WHO Office for the Occupied Palestinian Territory. Curiously, he forgot to mention to BBC News, France 24 or the New York Times that Israel has no obligation to vaccinate Palestinians living in Gaza or the West Bank — and the BBC interviewer forgot to ask. I wrote to the BBC’s editorial director several times about this. He never replied.

In addition to insularity, there’s sentimentality. All those stories on the flagship news programmes about people with desperately ill relatives, “exclusive” reports from the front-line in intensive care wards, the very young and the very old raising huge sums for charity. Of course, these are often moving and they help bring home the reality of people’s suffering to viewers and listeners. The problem is that too often they take the place of analysis.

This is the biggest problem of all. Middlebrow mush. How often do you hear the question “Why?” on news programmes? Why did the numbers of ill and dying rocket in London and the south-east, then decline? Why are BAME people more likely to die of Covid than white people of the same age? Why is cash preferable to food vouchers for poor families, if it is? Over the past few days, we’ve seen endless repetition of the same footage of Marcus Rashford and appallingly meagre food supplies for school-age children, but very little analysis of the best ways to treat child poverty.

Then there’s America. Why did Trump supporters storm the Capitol? Of course, we know they feel Trump was cheated in the election and they feel hard done by. But why has there been a streak of right-wing white male violence in America, from Waco and Oklahoma City to the attack on the Michigan state capital and last week’s riot in Washington? How many of the attackers were military veterans? How many white males of the same age have died of opiate addiction from the epidemic which overwhelmed America long before Covid? The number of drug overdose deaths in the US was four times higher in 2018 than in 1999. Nearly 70 per cent involved an opioid. A film like Falling Down or Philip Roth’s writing about the “American berserk”, both from the 1990s, tell you more about Trump’s supporters than the BBC News.

Of course, there are some fine individual programmes and presenters. The series of discussions about inequality, presented by Amol Rajan on Radio 4 last week, were first-rate. Katty Kay, Christian Fraser, Nick Bryant and Jon Sopel do a good job of reporting on the current crisis in America. Robert Moore on ITN did a superb job of filming the attack on the Capitol. There is much to praise. But there is also too much to criticise.

It will be interesting to see what impact GB News has on the way we think about TV news. It is time for a shake-up. New executives, new attitudes towards TV viewers, a new rigour, more transparency, more analysis. The biggest threat to BBC News is not from Andrew Neil. It’s from the BBC.